#2: The Marriage of Figaro 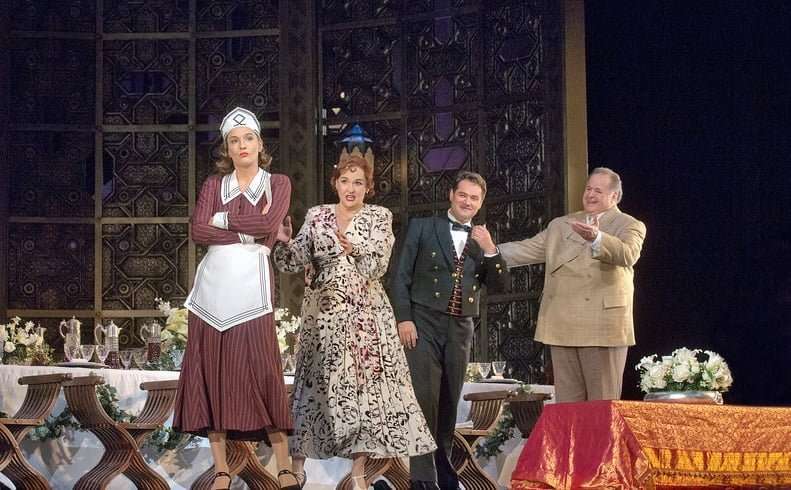 Le nozze di Figaro, The Marriage of Figaro, is the first of three operas that Wolfgang Amadeus Mozart set to librettos by the Venetian poet Lorenzo Da Ponte (1749-1838), the other two being Don Giovanni and Così fan tutte.
The plot of Figaro is based on a play by Pierre-Augustin Beaumarchais called La folle journée, ou le Mariage de Figaro, from 1784, that was considered risqué and politically dubious and so suffered much censorship. Da Ponte skilfully edited or altered such of the more controversial aspects in his libretto, leaving a text which, when illuminated by Mozart’s genius, has stood the test of time as an operatic staple. It is full of great characters, situations, arias and ensembles and has a perfect blend of comedy, seriousness and pathos.

The action takes place in one day in and around Count Almaviva’s home Aguasfrescas. Tiring of his Rosina, the Countess, Almaviva is now bent on pursuing his wife’s maid Susanna, who also happens to be the fiancée of his valet Figaro (formerly the ‘Barber of Seville’ from Beaumarchais’s earlier play of that name and the basis for operas by both Rossini and Paisiello). He also is not beyond the odd dalliance with other young women around the house.
However, when and wherever he gets an opportunity he is thwarted by the presence of the page-boy Cherubino, a young man seriously afflicted by the hormonal surges of puberty and also obsessed with women in general, particularly the Countess. The Count has enlisted the help of Dr Bartolo and old maid Marcellina to prevent Figaro’s impending marriage. Figaro owes Marcellina money but cannot pay up, and so under the terms of the loan may have to marry her instead. Others such as the music-teacher and gossip Don Basilio join in pursuing their own malevolent motives.
Figaro, Susanna and the Countess join forces in an attempt to outwit the others – preventing Cherubino from being sent to join Almaviva’s regiment, raising money to pay off Figaro’s debt and finally duping the Count into a night-time assignation with his own wife in disguise. Unexpected events and revelations assist their endeavours. The Count finally sees the folly of his ways… or does he?

The opera is full of well-known arias. Figaro’s ‘Non più andrai’ brings the first Act to a close. The Countess has two famous arias in the second and third Acts, ‘Dove sono’ and ‘Porgi amor’ – both reflective of her emotional state and requiring great vocal poise. The amorous Cherubino sings the delightful ‘Voi che sapete’ to the Countess during Act Two. This is followed by one of Mozart’s most-inspired ensembles, which takes the Act to its thrilling close. Those who know the film The Shawshank Redemption will also recognise the ‘letter duet’. The ‘Wedding March’ from Act Three may well have been played at ceremonies you have been at!

Figaro is sung by Russian bass Ildar Abdrazakov, a Met favourite, and the Count by charismatic Swedish baritone Peter Mattei, a real stage animal! German soprano Marlis Petersen sings the wily Susanna, and the Countess is taken by American soprano Amanda Majeski. Susanna Mentzer, once a distinguished Cherubino, brings her experience to the role of Marcellina whilst local New York mezzo Isabel Leonard assumes the role of the amorous pageboy. Music director James Levine conducts the Metropolitan Opera Orchestra. The production is by Richard Eyre (see video below) – former director of the National Theatre in London.

Saturday October 18. If you are in New York City then the matinee is live at the Met itself, otherwise it is internationally cinematic – from 5.55 p.m. in the UK.