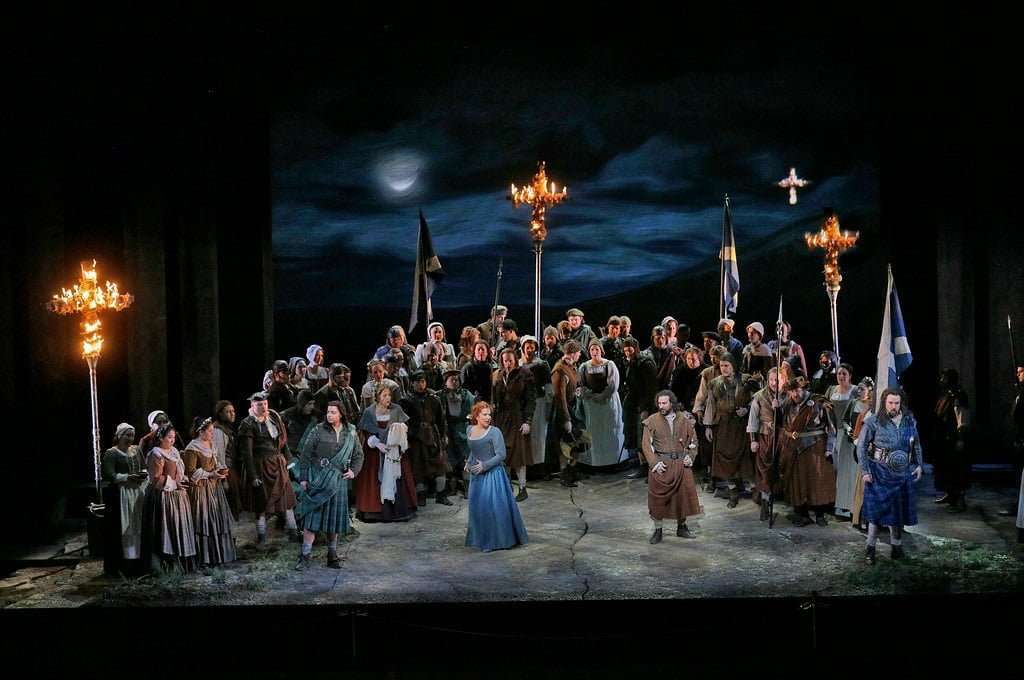 Rossini’s La donna del lago is a relative rarity on the opera stage – revivals usually are festival events in places such as Pesaro. Following its original staging in Naples at the Teatro San Carlo in 1819 the work enjoyed occasional revivals until the middle of the 19th-century after which it languished unperformed. Then in 1958 there was a revival in Florence, after which the work was seen sporadically, such as in Houston in the early-1980s with Frederica von Stade and Marilyn Horne. La donna del lago needs great voices with superb techniques to do it justice.

Like many operas of the period the opera is based on a poem with a rather flimsy story by Sir Walter Scott – his highly romanticised writings were much in vogue at this time. The libretto was crafted by Andrea Leone Tottola, the opera itself composed in some haste. But it is a rich work, fluent and innovative, abundant with melody, with many opportunities for the protagonists. 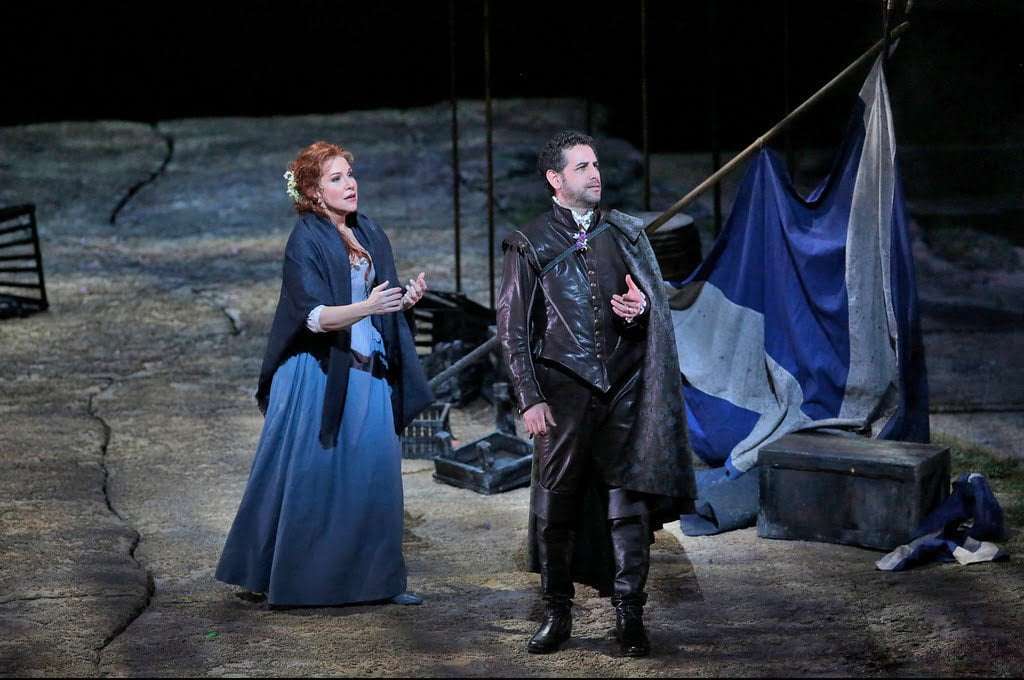 The story is set in Scotland. The eponymous heroine is Elena, daughter of Douglas who was tutor to King James, although they have fallen out politically. Elena loves one of the king’s courtiers, Malcolm (sung by the mezzo), but has been promised in marriage by her father to another nobleman, Rodrigo.
As the opera starts Elena assists the lost huntsman Uberto by ferrying him across the lake. Uberto is King James in disguise. As he enters her house he realises she hails from a rival clan. Elena’s friends sing of her impending nuptials, but the disguised King, now in love with Elena himself, begins to suspect her affections lie elsewhere. Malcolm and Elena meet and declare their love. Douglas insists the marriage to Rodrigo will go ahead, but he and his rebel followers, including both Rodrigo and Malcolm, are soon to engage the King and his followers in battle. Uberto declares his devotion to Elena but she says her affection lies with Malcolm.
Despite this setback Uberto gives Elena a ring that will protect her in adversity as it was given him by the King. Alas this presentation is witnessed by Rodrigo, who believing his rival is Uberto challenges him to combat. Douglas and his confederates are defeated and imprisoned. Malcolm believes himself betrayed by Elena but then learns of Rodrigo’s death and Elena’s capture by the King and plots to save her. The King condemns Douglas to death but Elena shows him the ring and demands mercy for her father. The King reveals his disguise, pardons Douglas and Malcolm, and agrees that Elena may marry her true love. 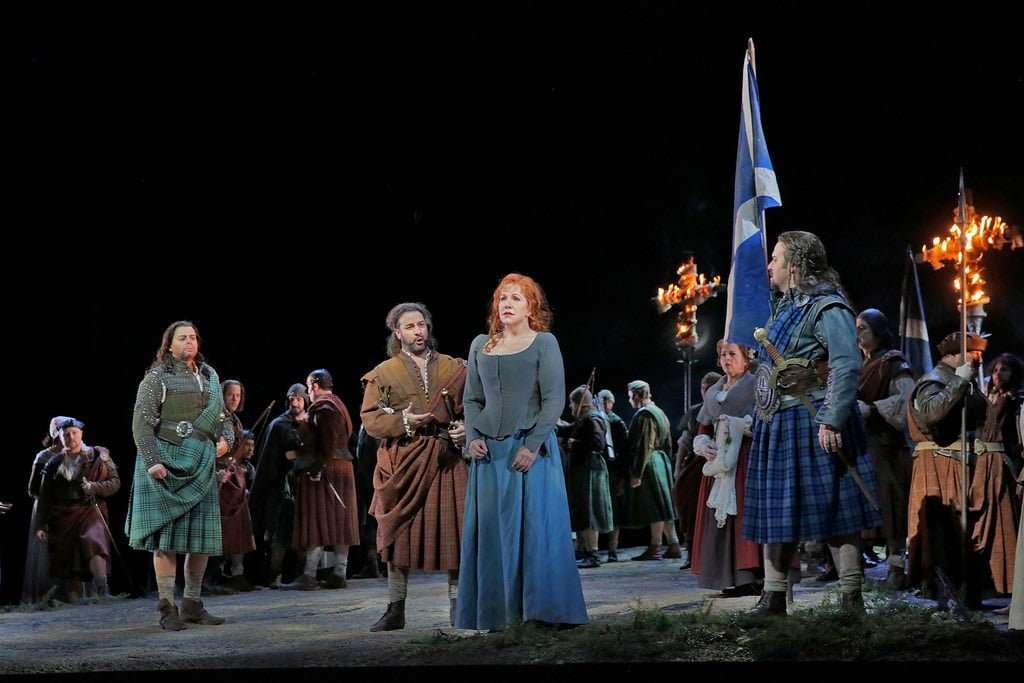 Both the soprano and mezzo have many moments to shine. The finale, ‘Tanti affeti in tal momento’, is much liked by sopranos, often sung as a virtuoso aria, and brings the opera to a rousing conclusion. The role of Malcolm, a traditional ‘trouser-role’ has both reflective and dramatic music. The opera also requires the services of tenors in the roles of the King and Rodrigo. They spend much time duetting and sparring over their high notes!

In this era of talented Rossini singers the Met has assembled a phenomenally gifted cast. Joyce DiDonato takes on Elena – she is at the peak of her career and this part should fit her like a glove. Daniela Barcellona sings Malcolm. Her rich velvety lower register should impress in this role. The two super-tenors are Juan Diego Flórez and John Osborn – supreme Rossini stylists with enough high notes in their respective armouries for some impressive vocal fusillades. The production is by British director Paul Curran and Metropolitan Opera forces are conducted by Michele Mariotti.

If you are in New York City then the matinee is live at the Met itself, starting at midday, otherwise it is internationally cinematic on Saturday March 14 – from 4.55 p.m. in the UK