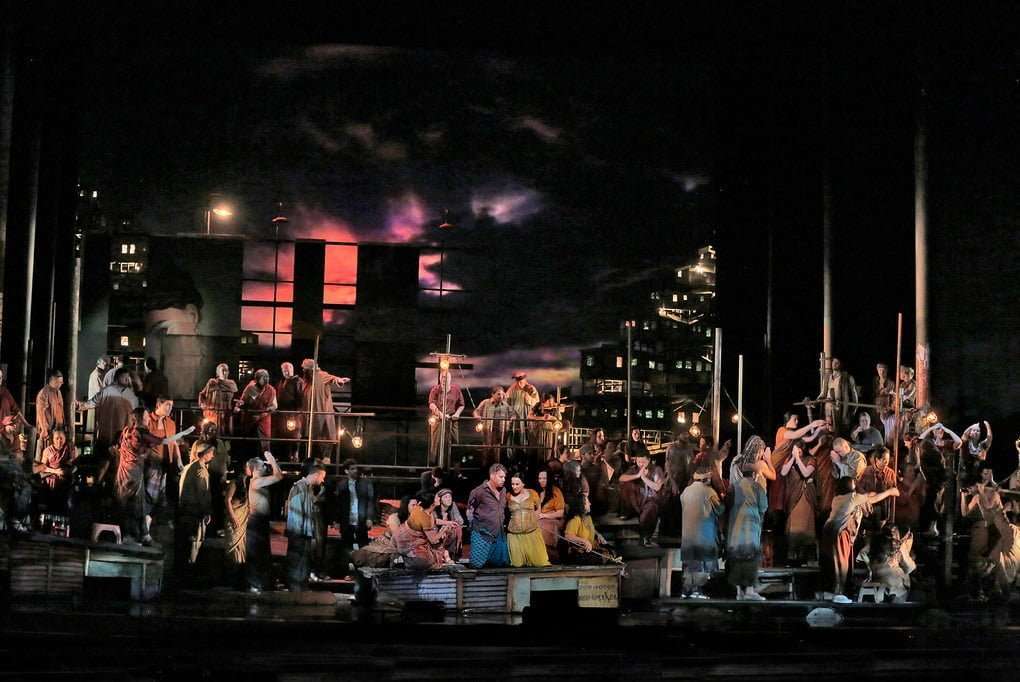 The Pearl Fishers is a youthful work by Georges Bizet, more famous for Carmen. In composing The Pearl Fishers, to a libretto by Eugène Cormon and Michel Carré, Bizet was playing to French operatic taste – roles for high tenors and light coloratura sopranos, and an exotic location to allow colourful orchestration and opportunities for dance.
The premiere was in September 1863 at the Theatre Lyrique in Paris. It was initially popular but the critical reception was less friendly. Revivals some twenty-five years later proved more successful, and since the Second World War the opera has found increasing favour. The recording of the famous duet in Act One by Jussi Björling and Robert Merrill did much to increase the work’s coverage.

What’s it all about?
The action is set in ancient Ceylon (Sri Lanka). Previously Zurga and Nadir were inseparable friends – until both falling in love with the same girl. They agreed to relinquish the girl and remain true friends. Years later they meet again in the village where Zurga has been elected King, and happily reconnected, ostensibly.
The priest, Nourabad, is arranging the induction of a new priestess to the temple. Her presence is vital to ensure the safety of local fishermen; she must be virginal and chaste. Nadir muses on how he has broken his vow of amity with Zurga and has pursued the girl they once loved – of course, the new priestess is Leila. As she sings to the night sky Nadir reveals himself and they affirm their mutual love.
Anxious about being left alone Leila confides to Nourabad. Leila tells that she saved a fugitive from pursuers and he gave her a necklace to wear always. Nourabad leaves and Nadir and Leila once again meet. He tries to persuade her to flee with him. She exhorts him to leave the temple as she fears discovery by the superstitious villagers, but he is seen and is captured.
Zurga is astonished to find his friend in the temple, but when Nourabad unveils Leila he recognises the girl adored, and realises that Nadir has not been true to his pledge. He swears vengeance on the pair. Leila pleads to Zurga for Nadir’s life. Despite warming to her pleas his resentment of Nadir overrides his clemency.
As Leila is led to execution she gives a fisherman the necklace from the fugitive, asking that it be returned to her mother. Zurga hears this and rushes into the night, grabbing the necklace. As Nourabad leads Leila and Nadir to the pyre a commotion breaks out – the huts on fire. The villagers rush to save their belongings and Zurga creeps in to free the couple. He was the fugitive Leila saved. As the couple flees, Zurga remains to take the villagers’ judgement. 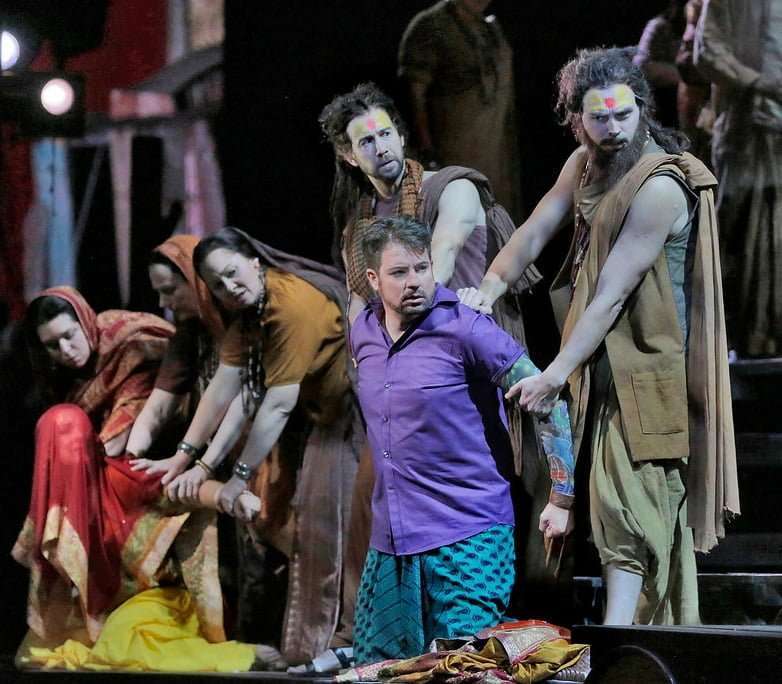 Look out for…
Bizet’s score floats along pleasantly enough, taking a little while to take off dramatically; his sure hand at orchestration is always evident. That famous tenor/baritone duet, ‘Au fond du temple saint’, occurs early. Each of the three principal singers has a moment in the spotlight; Nadir’s being in the first-Act ‘Je cois entendre encore’, which requires a tenor capable of sweet and sustained singing. Leila has two dazzling arias in Act Two. Zurga’s big moment is at the start of the final Act where he reflects on his past love and his jealousy and anger at betrayal.

Who’s in it?
Diana Damrau takes the exacting role of Leila – her luminous voice and technical ability should be perfect for the role. Mariusz Kwiecien is Zurga; his virile baritone should match the part well, and as he’s an exciting actor he should be the focus of the staging. The treacherous role of Nadir is taken by the acclaimed Matthew Polenzani. The Pearl Fishers should enjoy the impassioned conducting of Gianandrea Noseda.

When’s it on?
If you are in New York City then the matinee is live at the Met itself. Otherwise it is broadcast to cinemas on Saturday January 16.