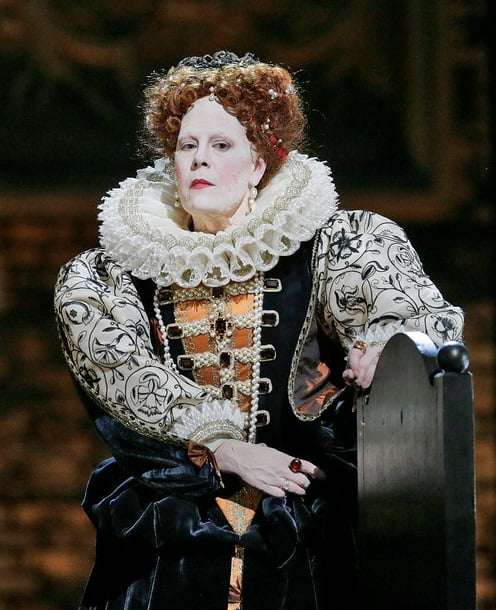 Who wrote it?
Gaetano Donizetti was a prolific composer whose many operas have generally languished in obscurity after initial successes with a few notable exceptions such as Lucia di Lammermoor, L’elisir d’amore and Don Pasquale.
It has really only been since the mid-20th-century revivals of some of his other 60-plus stage-works have been seen – due in part to singers able to do justice to the technical demands of the bel canto repertoire.
Roberto Devereux is one of Donizetti’s three operas based on the British Tudor period, the other two being Anna Bolena and Maria Stuarda. It is the latter that is probably the most familiar. Historically accurate the dramas are not – but they offer fabulous vocal opportunities and auditory thrills.
Roberto Devereux was written in 1837 and premiered in Naples that year. Set to a libretto by Salvadore Cammarano, it bears plot similarities to earlier operas by Mercadante and others. Following a reasonably triumphant premiere it held the stages of Italy, Paris and London for some twenty years before disappearing – until 1964, since when it has had many revivals. Some sopranos (notably Beverly Sills and Edita Gruberová) have sung all three roles in quick succession as something of a marathon!

What’s it all about?
Robert Devereux, the final opera of the trio, concentrates on the failing relationship between the named character and Queen Elizabeth I, the political ramifications of this and the fact that Roberto’s affections are now with Sarah, the wife of Robert’s colleague and supporter at court, the Duke of Nottingham.
Sarah, besotted by Robert, gradually becomes aware that the Queen loves him too and that she has a powerful and very dangerous rival. Robert has been accused of treason whilst conducting a military campaign in Ireland. Elizabeth declares her continuing love of Robert and promises that a ring she now gives will ensure his safety should he ever be in dire straits – all he has to do is return it to her and she defend him.
Robert unwittingly reveals his affections lie elsewhere, to the fury of the Queen who demands to know whom it is. Robert declines. Nottingham confides to Robert that he is suspicious of his wife. Sarah meets Robert and sees the Queen’s ring, declaring the two must part forever. Lord Cecil announces that Robert’s judicial sentence is execution. Nottingham speaks for him until he recognises a scarf in Robert’s possession that he knows belonged to his wife, whereupon swears to have revenge. 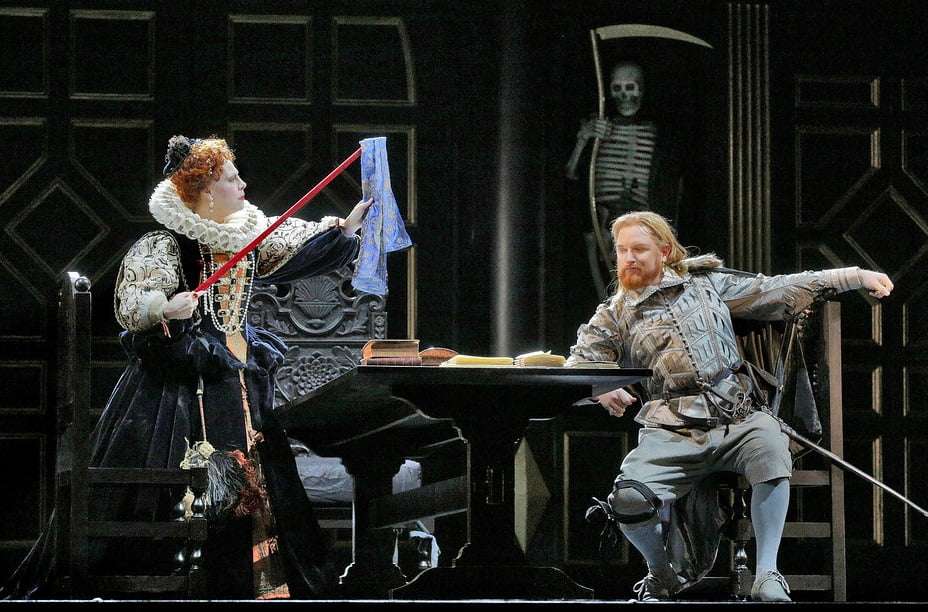 The Queen offers a stay of execution if Robert will reveal his lover’s name. He refuses again. Elizabeth signs the deed of execution. Robert sends the ring and a parting note to Sarah, begging her to take it to the Queen. Nottingham intercepts the letter and refuses to allow his wife to leave. As Robert is executed Sarah arrives and hands over the ring. She is too late. Nottingham owns up to preventing Sarah from delivering the ring. The aged Queen, close to death, mourns the loss of Robert and announces the identity of her successor.

Look out for…
Donizetti’s music is amongst his best and yet remains relatively unfamiliar – even to opera enthusiasts. As one would expect, there are some fabulous solo scenes and dramatic duets, and all the major roles have their moments, demanding technical prowess and theatrical instinct.
The role of Elizabeth is the most demanding – requiring the soprano to sing slow arias as well as reveal dazzling virtuosity when the monarch rails furiously at all around her. Nottingham and Sarah have a great encounter at the start of the final Act when he accuses her of infidelity and prevents her saving Robert.
The writing for Devereux is also exacting – requiring an agile yet heroic voice.
The pace of the work is sure and although the orchestration is somewhat ‘stock’, Donizetti was the master of the catchy tune! 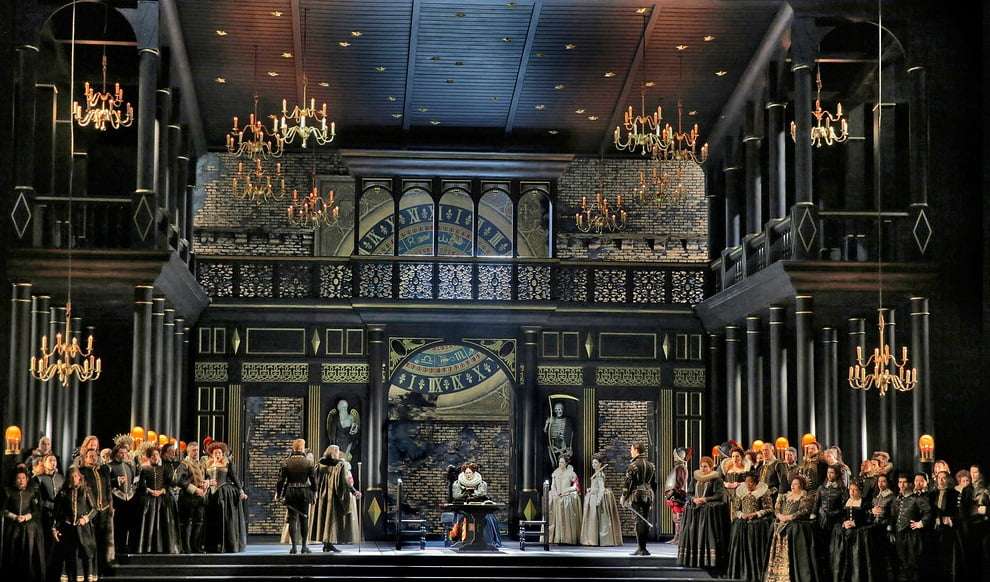 Who’s in it?
As Robert is Matthew Polenzani, whose heady tenor should suit this role admirably and still sound heroic enough for this soldier/courtier. In the exacting role of Elizabeth is romantic-opera specialist Sondra Radvanovsky, who has already sung the other two Tudor Queens at the Met this season. Elizabeth I is the most technically exacting of the three, and with her Verdian credentials this is an interpretation that Radvanovsky’s fans must be dying to catch! Elīna Garanča sings the role of Sarah; she has long had bel canto roles in her repertoire and her rich yet supple voice should be perfect. Mariusz Kwiecień takes the dramatically pivotal role of Nottingham – he’s a great actor, too. Maurizio Benini conducts David McVicar’s new production.

When’s it on?
If you are in New York City then the matinee is live at the Met itself. Otherwise it is broadcast to cinemas on Saturday April 16.