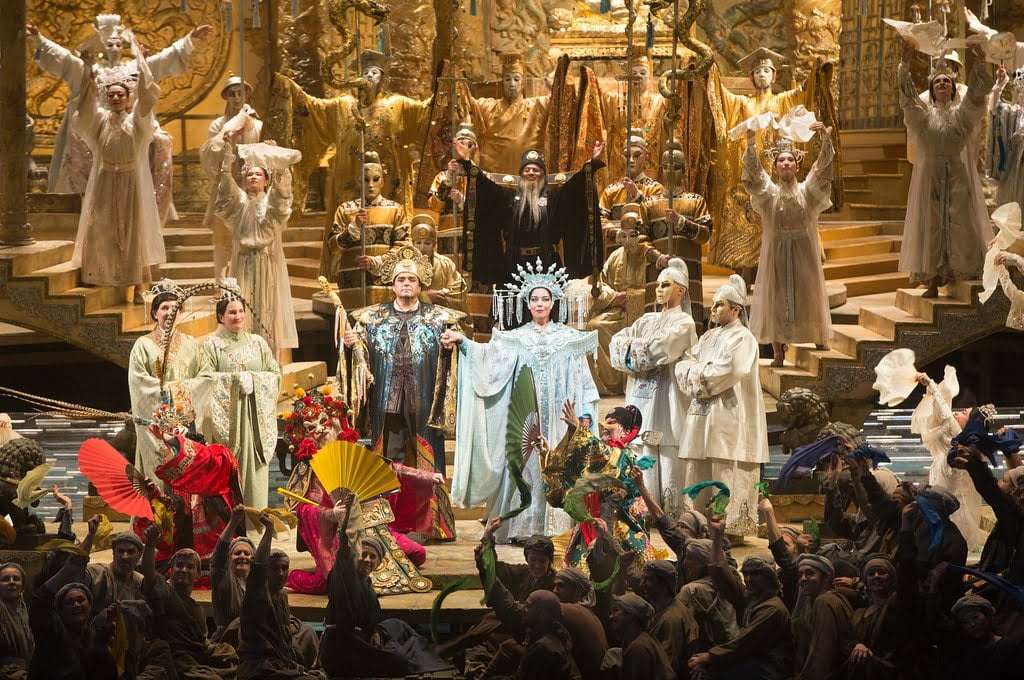 Who wrote it?
Turandot was Puccini’s final opera and unfinished when he died in 1924. The bulk was composed in full score and the last Act was complete up until the death of the slave-girl Liù. There were sketches for the final capitulation of Turandot to Calaf’s demands. Puccini’s intention was that his fellow-composer Riccardo Zandonai should complete Turandot, but wrangling amongst Puccini’s heirs finally left Franco Alfano with the thankless task. His initial version was much criticised and nowadays his shorter revision is normally performed. There have been recent completions by others, notably Luciano Berio whose edition stripped away the opulence and closure of Alfano’s version to leave something spare and disturbing.
Arturo Toscanini was the conductor of the first performances, at La Scala Milan in 1926. On opening night he famously laid down his baton at the point in the score where Puccini’s had put down his pen. Turandot was an immediate hit, and has held the world’s stages ever since, despite making lavish demands on resources and voices!
“The Three Tenors”, and Luciano Pavarotti in particular, made ‘Nessun dorma’ celebrated. Between the Wars, and internationally, the Lancastrian soprano Dame Eva Turner made the title-role her own. 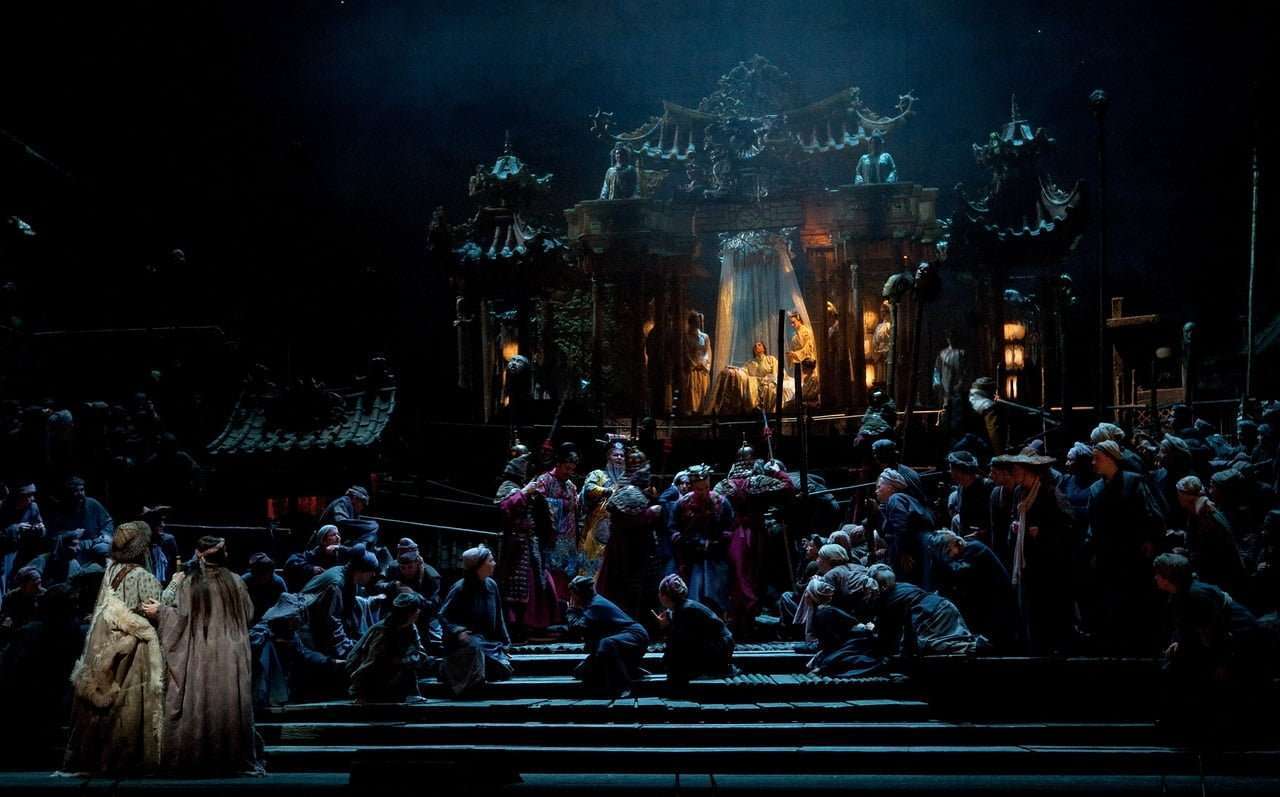 What’s it all about?
The opera is set in Peking in ancient times. Turandot is the daughter of the Emperor, Altoum, and he has instituted a decree that suitors for her hand must answer three riddles correctly to win her as their bride, though failure results in immediate execution. This is in revenge for the death of one of her ancestors, who was raped and murdered by a foreign prince. Despite the high price to potentially pay, many individuals have attempted the trial to win this beautiful if cruel and icy woman.
The opera focuses on the puzzles-trial of the disguised Calaf, on the run from the men who usurped his father Timur’s kingdom. He is also there, concealed, and is supported by Liù who is secretly in-love with Calaf. They witness the execution of the Prince of Persia who has failed the questioning. Seeing Turandot, Calaf is bowled over by her beauty and strikes the gong – the signal to the populace and the ministers that the cycle of violence unleashed on every suitor is about to start again.
Ping, Pang and Pong attempt to dissuade Calaf in his attempt to claim Turandot: they long for a quiet life. They pleas are useless. Turandot sets the riddles. Calaf answers the first two correctly and she becomes increasingly anxious and agitated. Calaf also responds accurately to the third teaser. Turandot then begs him and the Emperor to release her out of the bargain. A night of brutality commences. As she was seen with Calaf, Liù is tortured at Turandot’s behest. She commits suicide rather than disclose anything. Calaf and Turandot spar and he reveals his identity. 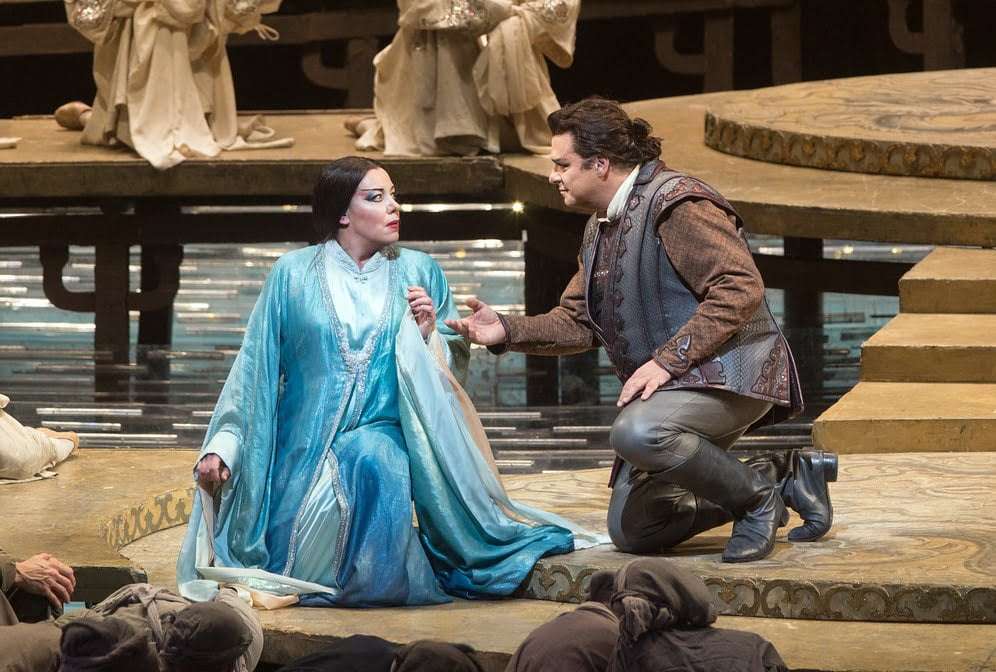 Look out for…
The music has vibrancy and colour, tunes and choruses aplenty, and arias that are loved. Act One has a glorious choral highlight as the common people greet the rising moon before the execution of the Prince of Persia. Liù has two wonderful moments requiring the soprano to sing ethereally high above the stave. In the final Act she tells Turandot how love gives her strength to defy torture and to seek death happily.
Turandot herself does not sing until the second Act and then dominates as she tells of her ancestor and sets the challenges. Calaf’s big moment is of course ‘Nessun dorma’. It is not the hymn to victory that some people think – for Calaf seems happy enough to permit violence to be unleashed on the citizens of Peking to ensure his triumph.
Comic relief, albeit somewhat black, is provided by Ping, Pang and Pong.

Who’s in it?
The production, probably the most opulent staging ever conceived of Turandot, is by Franco Zeffirelli and has been in the Met’s repertory for several decades. As Turandot is Nina Stemme, the world-reigning Brünnhilde and Isolde. You need a strong voice such as hers to even consider singing the role! If you can survive the vocal demands, add intelligence and convey this implacable heroine’s vulnerability you will be great.
Calaf is sung by Marco Berti, one of the leading exponents of the role. Anita Hartig takes the sympathetic role of Liù, and the impressive Ukrainian bass Alexander Tsymbalyuk sings Timur. The conductor is Paolo Carignani.

When’s it on?
If you are in New York City then the matinee is live at the Met itself. Otherwise it is broadcast to cinemas on Saturday January 30.