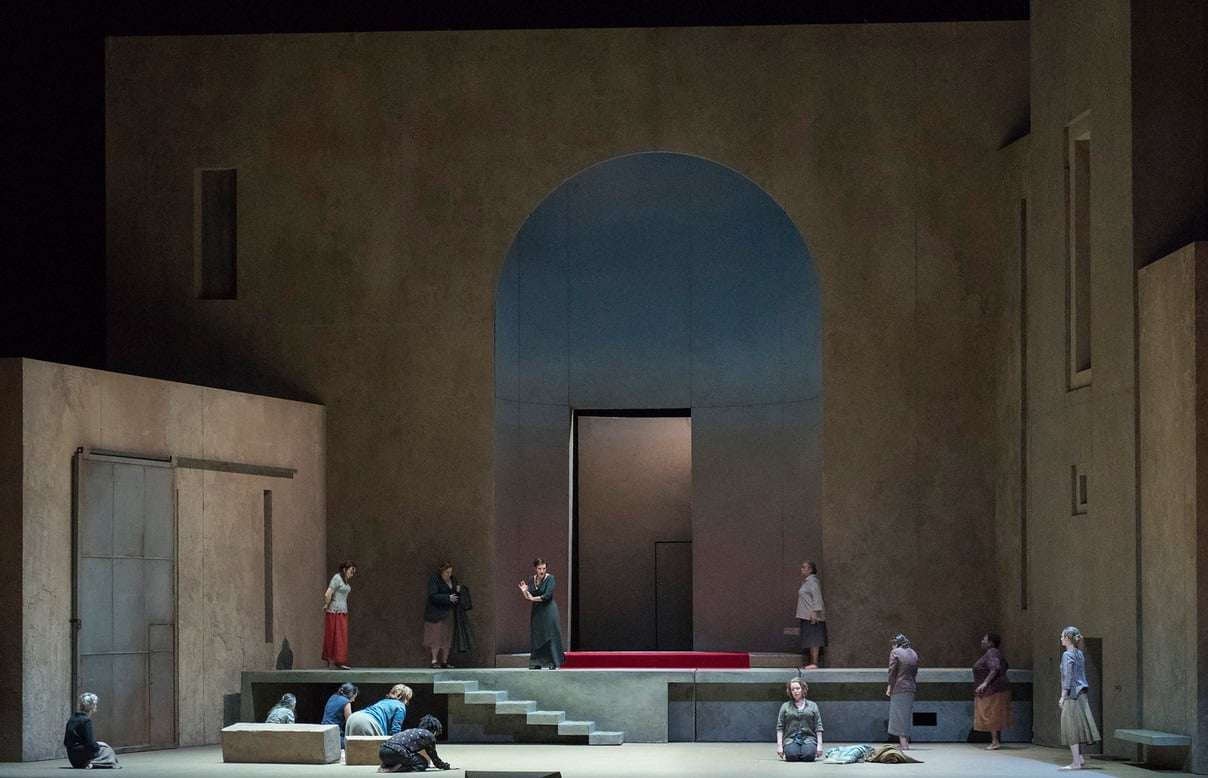 Who wrote it?
Elektra was Richard Strauss’s fourth opera and the most advanced score for the stage he ever wrote. It followed on from Salome and which had caused something of a scandal. Elektra was also the first collaboration between the composer and the writer/poet Hugo von Hofmannsthal, although his drama is heavily based on the ancient Greek play by Sophocles. Hofmannsthal would go on to collaborate further with Strauss – including Der Rosenkavalier, Ariadne auf Naxos, Die Frau ohne Schatten and Arabella.
Elektra runs for just short of two hours without interval, and is one of the most psychologically taut and musically intense music-dramas ever written. Although first-performed in 1909 it still seems amazingly modern and expressionist.

What’s it all about?
Hofmannsthal penned a libretto that provides amazing encounters between the protagonists. Prior to the start of the action Agamemnon, King of Mycaenae and leader of the Greek forces during the Trojan War, was murdered by his wife Clytemnestra and her lover Aegisthus. They struck him down with an axe as he emerged from his bath. Clytemnestra, fearful that her son by Agamemnon, Orestes, will exact a terrible revenge has banished him from court and has attempted to have him slain also. Orestes’s sisters Elektra and Chrysothemis have remained in Mycaenae and grown up in the court’s stifling atmosphere.
As curtain rises five maids and their stern overseer are found cleaning sacrificial blood from the palace steps when they are interrupted by a wild and dishevelled figure – the princess Elektra. They discuss her shocking appearance and disturbed state of mind. One maid stands up for Elektra, and is beaten. Left alone, Elektra muses fixatedly on the traumatic events of her childhood, revealing her desire for revenge on her father’s killers. She has saved the murderous axe and describes how she will dance exultantly on the bodies of her mother and Aegisthus. She is interrupted by Chrysothemis who has come to warn her that Clytemnestra and Aegisthus intend to lock her away. Chrysothemis urges Elektra to be less hostile.
Chrysothemis laments that she cannot be free to marry and bear children. Noises inside the palace give notice that Clytemnestra is approaching to make appeasing sacrifices to the Gods and she agrees to speak to Elektra alone. She describes her fear of Orestes’s return and bemoans her sleepless existence. Elektra states she knows the cure. This excites Clytemnestra who eagerly asks for details, only to hear from her daughter that she will only sleep when her son kills her.
As Clytemnestra cowers in shock, news is brought of Orestes’s death, and she jubilantly recovers. Elektra tries to persuade Chrysothemis to help her take revenge on their mother but to no avail. She curses her sister’s weakness. Just then a mysterious messenger enters. Awaiting his audience with the queen he recognises Elektra and reveals himself – Orestes.
Clytemnestra’s death screams are heard. Aegisthus arrives and Elektra leads him to a similar fate. Elektra, finally released from her inner torment, starts to dance maniacally but she falls insensible. 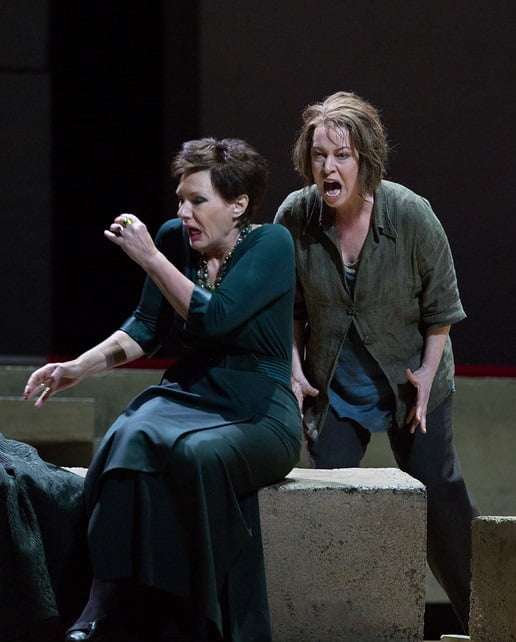 Look out for…
Strauss’s score commences with a thunderous three-note motif, associated with the spirit of Agamemnon, which pervades much of the drama until the final juddering chords. There are no releases of tension, although not all the writing is brutal or bombastic. Elektra’s first long monologue, culminating in the ecstatic imagining of the death dance, makes huge demands on the singer of the title role – a presence throughout most of the opera.
The role of Chrysothemis is more sympathetically drawn by Strauss. She makes her presence and attitude felt in her first big solo “Ich kann nicht sitzen” which sees the soprano soaring in an emotional outpouring of misery and longing. The most striking and impressionistic moment is the quiet, eerie narration of Clytemnestra as she recounts her anxieties – lots of slithery strings and hollow woodwind effects. The reconciliation of Orestes and Elektra is the most romantic moment, though it is a tense encounter.
The orchestra is huge!

Who’s in it?
Elektra is sung by Nina Stemme, known for her imperious Wagner, Strauss and Puccini interpretations in roles such as Isolde, Brünnhilde, Salome and Turandot. Adrienne Pieczonka sings Chrysothemis, a role she has made her own. Luxury casting is also evident for Clytemnestra with Waltraud Meier’s complex reading of the raddled queen. The imposing Eric Owens sings Orestes and Ulrich Burkhart makes his Met debut in the tricky part of Aegisthus. Conducting the late Patrice Chéreau’s acclaimed staging is Esa-Pekka Salonen. Performances of Elektra do not come with much better forces than this – we’ll need the summer to recover!

When’s it on?
If you are in New York City then the matinee is live at the Met itself. Otherwise it is broadcast to cinemas on Saturday April 30.