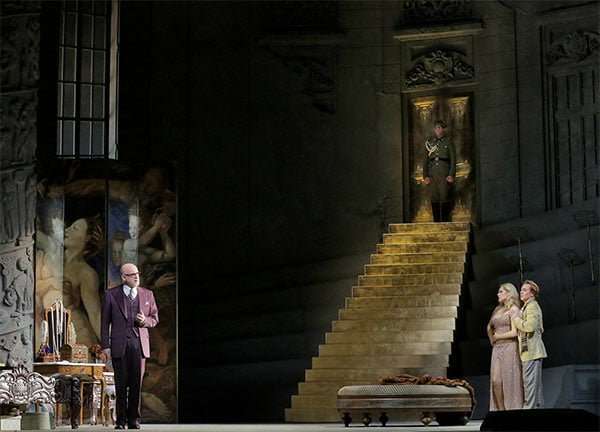 Who wrote it?
Manon Lescaut, based on the 1731 novella by Abbé Prévost, was Puccini’s third opera and his first critical success at its premiere in Turin in February 1893.
Although it has not achieved the popularity of some of the operas that followed – most notably La bohème, Tosca and Turandot – it does contain some great arias and set-pieces and culminates in a dramatic scene in the desert which is a gift to a soprano with theatrical temperament.
It’s a full-blooded work, and not to be confused with the opera Manon (1884) by Jules Massenet, also based on Prévost, which presents the heroine with more pathos and which fleshes out the story a little more than the ever-concise Puccini.

What’s it all about?
The opera is set in the late-18th-century, and centres on the fall of Manon, a country girl destined for a convent. She arrives at Amiens to be escorted onwards by her relative. She is seen by the young Chevalier des Grieux and also by the aged, wealthy politician Geronte de Ravoir. The latter makes plans to abduct the girl whilst her cousin is at the gambling tables, but is thwarted in this by Des Grieux who helps her escape with him to Paris – using Geronte’s private coach for the purpose.
When we next meet Manon she has abandoned Des Grieux for a life of luxury and frivolity as Geronte’s mistress. The old man bores her and she secretly pines for her true love, Des Grieux, which she confides to Lescaut who reunites the pair and then leaves.
Manon and Des Grieux re-affirm their love, but are interrupted by Geronte, who wastes little time in trying to get the couple arrested. Manon delays her escape as she cannot be parted from her clothes and jewels; she is caught leaving with them and accused of theft. She is condemned by a tribunal to be deported to Louisiana. 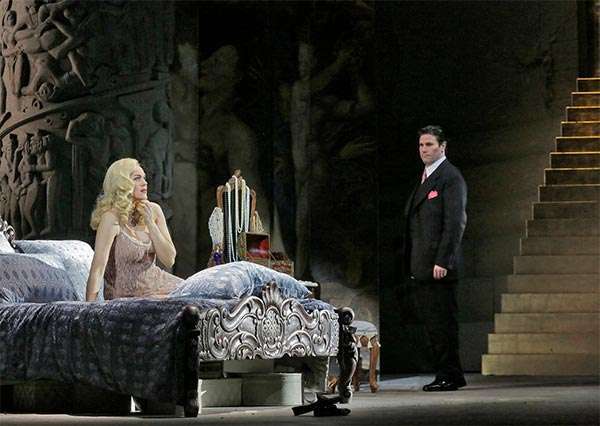 Des Grieux and Lescaut plot to rescue Manon from deportation but fail. In desperation Des Grieux boards the ship for the New World so that he and Manon may live their future together.
The final scene sees them wandering in the desert trying to find a settlement. She is exhausted and dehydrated, he hardly less so. Des Grieux consoles her and leaves her to find water. As she fades and hallucinates, she recalls her past life and happiness. He returns empty-handed and the hapless girl dies in his arms.

Look out for…
This is the first of Puccini’s stage-works where his masterful talent of orchestrating the exotic comes to the fore. The libretto, fashioned by some five collaborators, including composer Ruggero Leoncavallo, presents a heavily truncated version of the novella. It omits to explain how Manon leaves Des Grieux in Paris, or indeed why she receives the sentence of deportation.
However, the characters are painted in bold musical colours and Puccini gives his performers chances to display vocal technique, beauty and passion in arias, and ensembles that are memorably tuneful. Even the small roles of the student Edmondo and the ballad-singer have moments in the spotlight.
The peak of the opera is the bleak final scene where soprano and tenor are pitted against the heat, the orchestra, and their destinies are exploited in an extended and searing duet; one of Puccini’s most successful endings.

Who’s in it?
The production is by director Richard Eyre who has updated the setting to France during the World War occupation, an interesting idea.
Dramatic and attractive Latvian soprano Kristine Opolais sings the title role in which she has had many successes. She is also a well-known interpreter of Cio-Cio San in Madama Butterfly – the opera that Puccini next composed. Her lover, the ardent Des Grieux, is taken by tenor Roberto Alagna, famous for his Italian-opera interpretations as well as for his expertise in French repertoire.
Up-and-coming Italian baritone Massimo Cavalletti sings the gambling Lescaut, whilst Geronte will be taken by Brindley Sherratt. Fabio Luisi conducts.

When’s it on?
If you are in New York City then the matinee is live at the Met itself. Otherwise it is broadcast to cinemas on Saturday March 5.