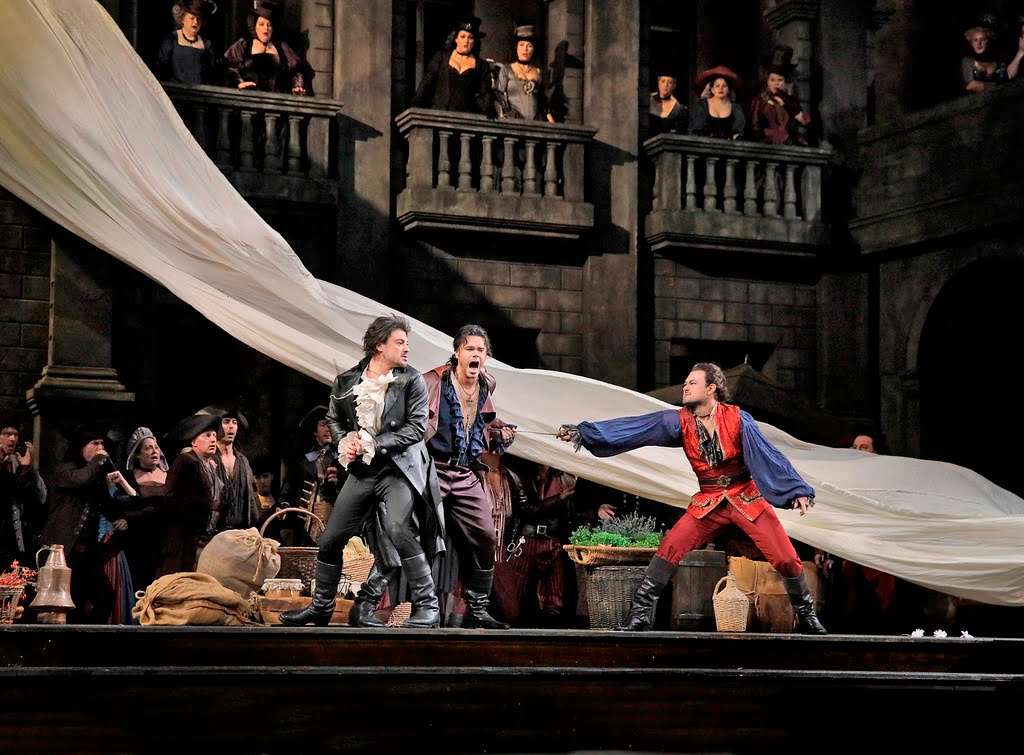 Who wrote it?
Roméo et Juliette, whilst not as regularly staged as Charles Gounod’s most-popular opera Faust, is the other of his numerous stage-works that retains a toe-hold in the repertoire.
It was premiered in 1867, some eight years after Faust, and although it contains some ravishing music and great opportunities for displays of vocal prowess, it requires imaginative staging to fully do it justice. In its early years it attracted the great singers of the day and notched-up an impressive number of performances in the major operatic hubs of Europe.
It is one of many operas based on Shakespeare’s tale of doomed young love, and is perhaps the most faithful to the play’s full narrative. The libretto, sometimes very close to Shakespeare, was drafted by Jules Barbier and Michel Carré.

What’s it all about?
Romeo and Juliet are the adolescent offspring of two noble families in Verona, the Capulets and the Montagues, at enmity for generations. The opening chorus sets the scene for this history.
Romeo and his friends Mercutio and Benvolio gatecrash a masked ball at the Capulet’s house, during which Romeo meets Juliet and falls in love. However, Tybalt and other allies of the Capulet family recognise that Juliet’s affections may lie elsewhere and Tybalt becomes determined to unmask his presumed rival for her hand.
Romeo’s page facilitates a meeting of the two lovers in the gardens of the Capulet palace. This allows them to plan a secret marriage officiated over by Friar Laurence. The page incites a street fight between the warring families. Amidst the violence Tybalt kills Mercutio, provoking Romeo to retaliate and kill him. The dying Tybalt expresses a desire that Juliet is married to his friend Paris.
Romeo is banished from the city, but arranges to meet Juliet before leaving. To prevent her marriage to Paris Friar Laurence gives her a sleeping draft that will mimic death for long enough for her to be placed in the family tomb. The plan is that Romeo will meet her there and they can flee
However, Romeo is ignorant of the complete plan and he finds Juliet apparently dead and poisons himself. She comes round from her drugged sleep and finds the dying Romeo and stabs herself to join him in death. 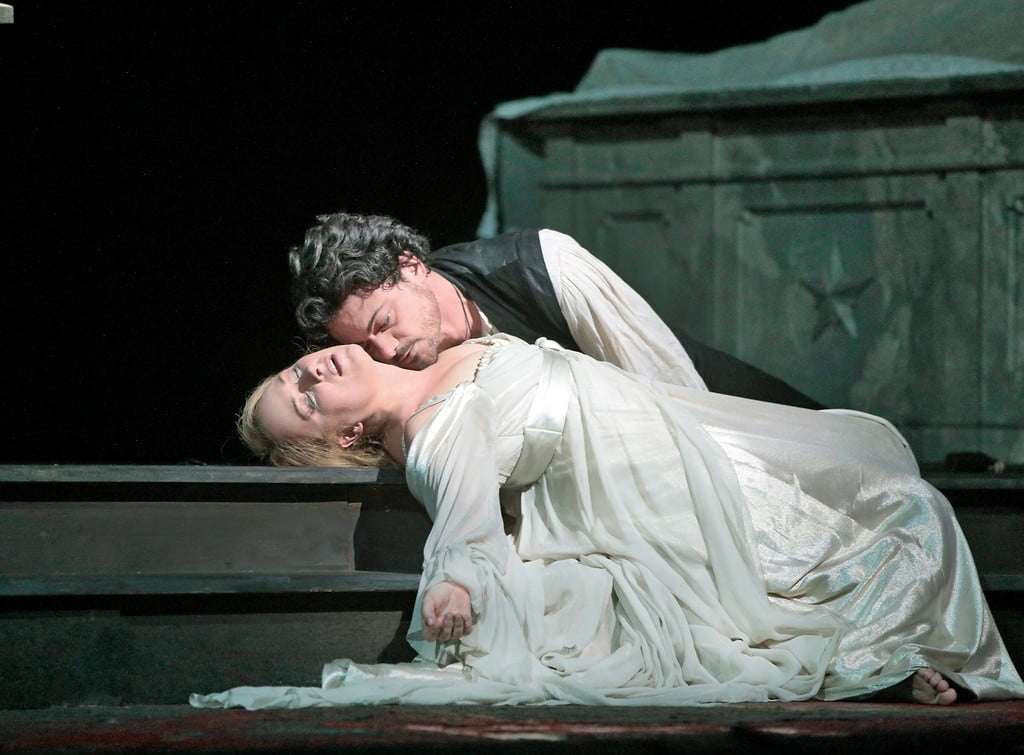 Look out for…
Gounod’s music is always tuneful and beautiful, and in many ways is representative of the best of French Romantic opera. There are some wonderful arias for the lovers and some others. The chorus has an important presence, especially at the start.
Juliet requires a light agile voice, with some power in reserve for the duets and her final scene. Her most famous aria is the waltz-song ‘Je veux vivre’ sung during the ball and detailing her innocence and vivacity. In contrast her final ‘Amour, ranime mon courage is sung as she takes the potion that will put her to deep, death-like sleep – her fears are prominent.
Romeo needs a high lyric-tenor voice, no more so than when he secretly watches Juliet. The aria is ‘Ah! lêve-toi soleil’. The page’s insinuating mockery of the Capulets is a great opportunity for the mezzo, and the extrovert Mercutio’s Queen Mab scene provides the baritone a chance before his early departure from the drama.

Who’s in it?
The ill-fated lovers are sung by Vittorio Grigolo and Diana Damrau – both at home vocally and stylistically in the French repertoire. Their past stage chemistry should add sparks. Elliot Madore sings Mercutio and Virginie Verrez is the page. The sonorous bass tones of Mikhail Petrenko should impose as Friar Laurence. At the helm of the Metropolitan Opera Orchestra is Gianandrea Noseda and Bartlett Sher’s opulent production, already seen in Salzburg in Milan, is already praised as a classic.

When’s it on?
If you are in New York City then the matinee is live at the Met itself. Otherwise it is broadcast to cinemas on Saturday January 21.