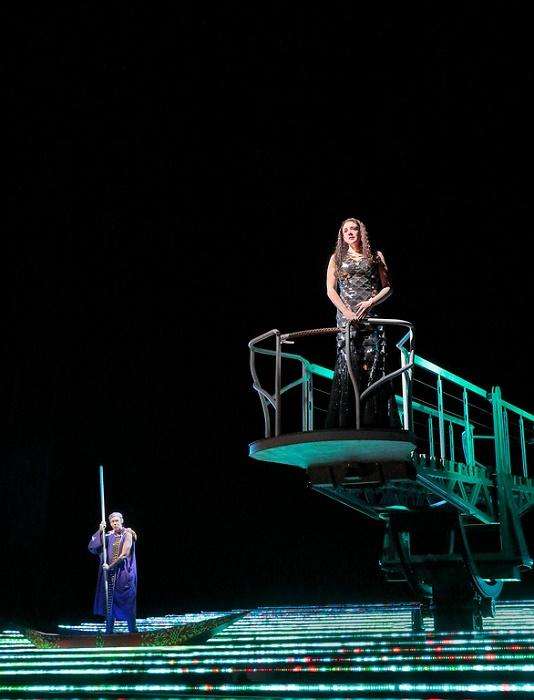 Who wrote it?
L’Amour de loin is the first opera by the Finnish, Paris-based Kaija Saariaho (born 1952) – her music is notable for airy textures, crystalline orchestration and highly individual expressive force. That she would eventually compose an opera was never in doubt. L’Amour de loin was premiered in 2000 at the Salzburg Festival to acclaim and has received numerous productions. The three principal roles have attracted some of the great Lieder singers. The narrative is based on the 12th-century manuscript/epic of Prince Jaufré Rudel, from which a libretto was fashioned by the Lebanese-French novelist Amin Maalouf. Essentially it is a meditation on the power of idealised love, and if that resonates a theme similar to Wagner’s Tristan und Isolde then the music could not be more different!

What’s it all about?
Jaufré himself is the hero. Experiencing boredom with life’s pleasures and also its mundane aspects, he longs for a different type of spiritual pleasure. He dreams of his perfect companion whom he must seek – perhaps in reality, perhaps in his mind only. He realises consummation of this love is a fantasy. He sings of her characteristics to the amusement of his courtly companions. However, in their midst is a Pilgrim who declares knowledge of a woman identical to that of Jaufré’s imaginings. This spurs Jaufré to transfer his thoughts to her. On returning home the Pilgrim encounters Clémence, the physical embodiment of Jaufré’s “love from afar”. The Pilgrim informs the lady of Jaufré’s existence and that he dreams of her. She, in turn, begins to think of him. The Pilgrim returns to Jaufré, and informs him that Clémence knows of him and his love for her. He yields to travel and find her, although his anxieties and self-doubts prey on his mind and cause him illness. He reaches Tripoli, where Clémence lives, close to death. She comes to him and comforts him as he dies. Clémence, uncertain of Jaufré’s intentions, is now consumed with regret, rage and guilt. She enters a cloister to reflect. Does she pray to her God or for intercession from her “love from afar”? 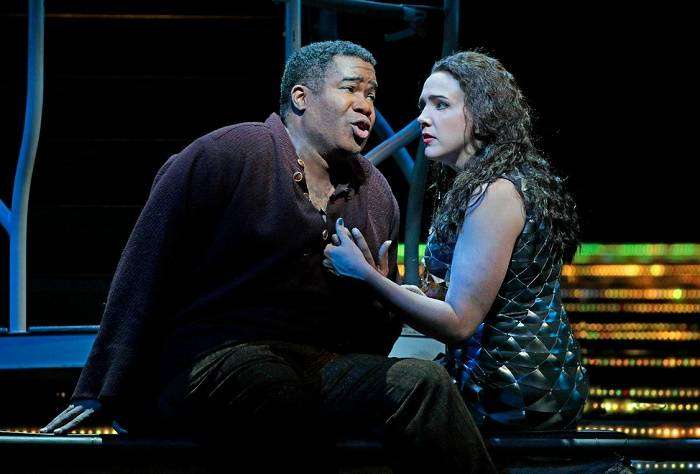 Saariaho’s beautiful, exotic score is one of the most extended and hypnotic she has yet composed, and the introspection of the lover-protagonists is wonderfully delineated. The narrative is unfolded at a slow pace to match the manner in which this love-story occurs. By contrast, the Pilgrim’s music is direct and declamatory. The chorus plays an important role, commentating on the action like that of ancient Greek theatre. There is subtle use of electronic instruments in addition to the orchestra.

Who’s in it?
Eric Owens assumes the role of Jaufré in this Metropolitan Opera staging. His is an imposing and refulgent voice and his experience of classic and contemporary roles, his superb diction and skills at inflecting text should prove ideal. Clémence is sung by Susanna Phillips, best-known for her stylish singing of Mozart characters. Tamara Mumford provides contrast in the pivotal role of the Pilgrim. Conducting, Susanna Mälkki makes her Met debut. This production is by Robert Lepage, whose theatrical skills are best realised in works such as this. Expect magic from afar!

When’s it on?
If you are in New York City then the matinee is live at the Met itself. Otherwise it is broadcast to cinemas on Saturday December 10.