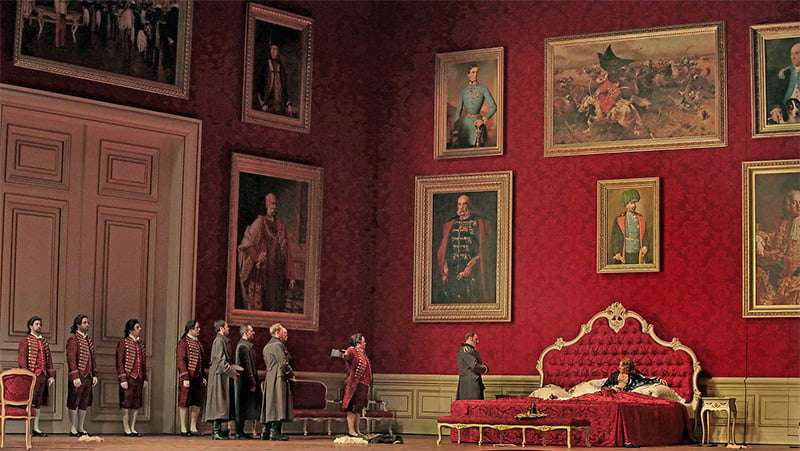 Who wrote it?
Der Rosenkavalier was the fifth opera by Richard Strauss and his second collaboration with author and poet Hugo von Hofmannsthal. It was premiered in 1911 in Dresden to great and continuing acclaim and has the advantage of having a superb libretto, one that offered Strauss plenty of scope for luscious romanticism as well as eroticism and broad-brush comedy.
The story is set in Imperial Vienna, Strauss composing appropriate waltzes for the era, together with some great duets, trios and monologues. The characters are not gods, warriors, heroes or damsels in distress but individuals of flesh, blood and emotion caught in emotional tangles. Hofmannsthal and Strauss rarely met during their collaborations, preferring lengthy and regular correspondence. Their previous work was the highly dramatic, intense tragedy of Elektra on which Strauss had lavished his most progressive inspiration.
In comparison Der Rosenkavalier can be seen as something of a musical retreat – but both men knew what they were about! They were to partner each other on four further occasions, for Ariadne auf Naxos, Die Frau ohne Schatten, Die Ägyptische Helena, and Arabella. 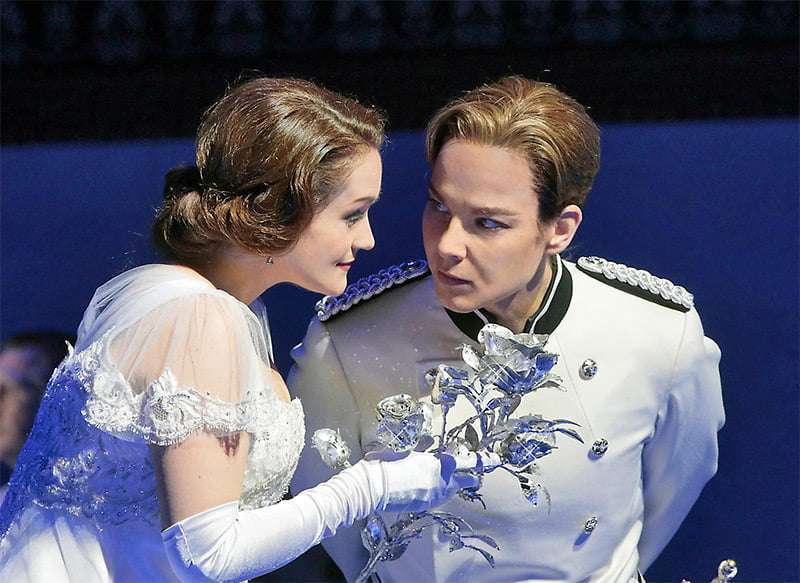 What’s it about?
In Vienna Princess Marie Thérèse, the Marschallin, is having an extra-marital affair (not her first) with Octavian, the seventeen-year-old Count Rofrano (sung by a mezzo-soprano) whilst her field-marshal husband is on a hunting trip. The orchestral introduction depicts in graphic terms a night of sexual passion, after which the curtain rises and we find the lovers in bed reflecting on their nocturnal activities.
Their sharing of the Marschallin’s breakfast is interrupted by commotion in the antechamber. The Marschallin thinks her husband has returned and urges Octavian to hide. It turns out to be a boorish cousin, Baron Ochs, who unceremoniously bursts in. He had written for help in suggesting a young noble to be his Rosenkavalier, a knight who presents a silver rose to a bride on behalf of her betrothed on the eve of the wedding. The Marschallin had forgotten.
Octavian re-enters disguised as a maid, and much to his alarm and the amusement of the Marschallin Baron Ochs takes something of a shine to ‘her’. Mischievously, the Marschallin shows the Baron a portrait of Octavian suggesting him as the Rosenkavalier. Ochs notices his similarity to the maid “Mariandel”; the Marschallin explains that she is Octavian’s bastard sister.
Now alone the Marschallin reflects on the passing of age and time – she fears growing old. When Octavian returns, as himself, he becomes overly amorous but the Marschallin gently rebuffs him. He takes childish offence and leaves, without the silver rose. The Marschallin sends her footmen to find him and deliver it, and the curtain falls on her quiet reflection.
In Act Two we are in the opulent mansion of a wealthy merchant Faninal, whose daughter Sophie, fresh from a convent education, is destined to be Ochs’s bride. Octavian arrives in splendour to present the rose. She is overwhelmed and he is smitten!
Ochs shows and it becomes clear that the marriage is a financial arrangement – he patronises Faninal, treats Sophie over-familiarly and as a commodity, and gossips about Octavian’s ‘sister’. Faninal and Ochs leave to discuss contracts and Sophie seeks comfort from Octavian. They are caught in an embrace by two Italian intriguers, Valzacchi and Annina, in Ochs’s employ. The Baron returns and finds himself challenged to a duel by Octavian. He brushes this aside, only to be wounded at the touch of the young man’s rapier. Ochs nurses his wounds by drinking wine and resting on a couch when a letter arrives, inviting him to a secret tryst … with Mariandel…
The final Act is set in cheap hotel used for assignations. Octavian and his (now) Italian accomplices are setting a trap for Ochs. He is now on Ochs’s arm disguised as Mariandel. They have dinner and Ochs tries his hand at seduction. He is disconcerted by the maid’s erratic and maudlin behaviour. A woman claiming to be Ochs’s wife bursts in surrounded by noisy children. The police arrive. Ochs claims to be entertaining his fiancé, the daughter of Faninal. At that moment Faninal arrives with Sophie. Shamed by what he finds he collapses.
Mariandel has a word with the Police Commissioner, disappears behind a screen and emerges as Octavian. Ochs is dumbfounded. The Marschallin makes a surprise appearance and settles proceedings with aristocratic authority. Sophie is distraught at realising Octavian and the Marschallin have a bond – but she will not contemplate marriage to Ochs.
The Marschallin puts Ochs straight – she orders silence, discretion and his departure from the city. Left alone with his lover and Sophie, Octavian realises he must make a choice. The Marschallin blesses the relationship between Octavian and Sophie. 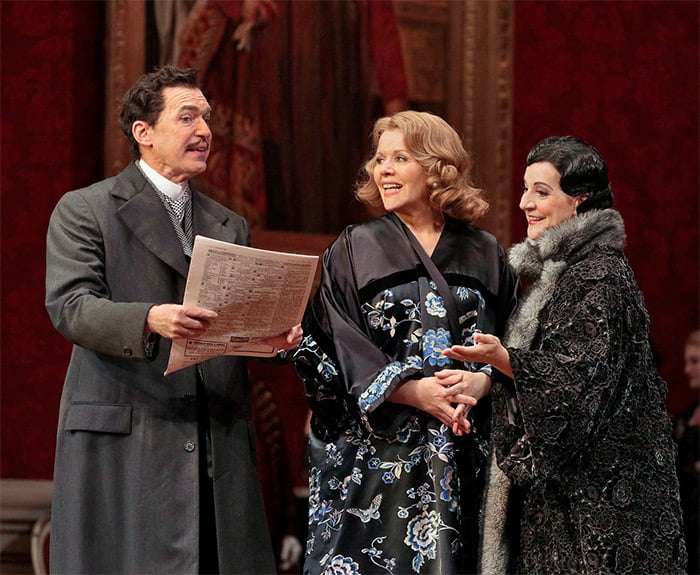 Look out for…
Waltzes! There are also some amazing set-pieces, too. The orchestral introductions to each Act define the settings and the action. The Marschallin’s expressive Act One monologue offers marvellous opportunities for the soprano. The Presentation of the Rose is one of the highlights of Act Two – Strauss cleverly indicating the moment when Octavian and Sophie’s eyes first meet; the build-up is exhilarating. Ochs has a big scene to close the second Act – where he gains some sympathy before his eventual fall from grace. The most-famous extract is the final (in every sense), bittersweet Trio between the Marschallin, Octavian and Sophie. Strauss loved the female voice and here the singers intertwine to intoxicating and shamelessly over-romantic effect; his ingenuity is that the three do not finish together…

Who’s in it?
This new staging, between Metropolitan Opera and Royal Opera, has already been seen in London. Renée Fleming sings the Marschallin, one of her calling-cards, her creamy voice so suited to the role. The demanding roles of Octavian and Ochs are respectively performed by Elīna Garanča and Günther Groissböck; her velvety voice should be ideal and he should also be heard to advantage. Erin Morley portrays Sophie – a part requiring a strong yet ethereal-sounding upper range. The staging is by the occasionally provocative director Robert Carsen and the conductor is Sebastian Weigle.

When’s it on?
If you are in New York City then the matinee is live at the Met itself. Otherwise it is broadcast to cinemas on Saturday May 13.