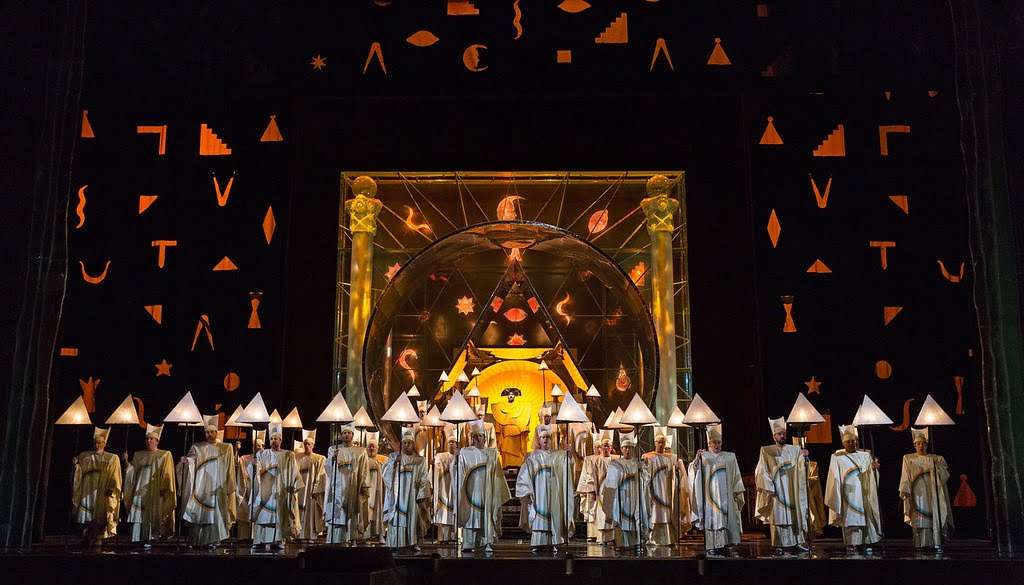 Who wrote it?
Die Zauberflöte (The Magic Flute) is amongst the most-popular of Mozart’s operas and a great introduction to the art-form. The music shows the composer at his most accessible whilst placing considerable demands on the vocal artists performing. It also relies on spoken dialogue rather than composed recitative to propel the action forward. Magic Flute has a pantomime side and a serious side – several of the characters contemplate suicide in moments of distress.
Mozart was approaching the end of his short life whilst composing this work, along with the Requiem (unfinished) and La clemenza di Tito. He was living under significant financial pressure and one can perhaps sense in Flute some of the bleakness of his circumstances: it is curious how the children in the opera prevent two suicide attempts. Yet the contrasting moments of comedy and playfulness, usually centred on Pagageno, have charm and innocence. The libretto was written by Mozart’s friend Emanuel Schikaneder, a singing actor and impresario and also a fellow Freemason, and is of fantastic plots involving magical characters.
Magic Flute was premiered at the Theater auf der Wieden at the end of September 1791 with Schikaneder as Papageno. Two months later Mozart died. Magic Flute had immediate and lasting success. 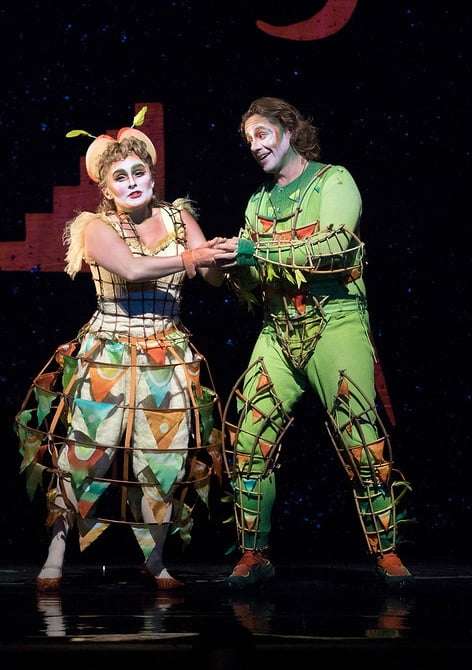 What’s it about?
A handsome young prince, Tamino, is sent forth by the Queen of the Night and her three attendant ladies to rescue her daughter Pamina whom has been abducted by her enemy Sarastro and held captive. Tamino is given a ‘magic flute’, and is accompanied by the Queen’s genial bird-catcher Papageno and his ‘magic bells’. They are guided by three boys. Papageno encounters Pamina, rescuing her from the unwelcome attentions of Monostatos, in the service of Sarastro.
Tamino reaches the three doors of Sarastro’s Temple – dedicated to Wisdom, Endeavour and Art. Voices warn him back when he tries to enter the first two doors. From the third emerges a priest – the Speaker – who informs Tamino that Sarastro is not an evil sorcerer. Voices inform Tamino that Pamina lives and he determines to find her.
Papageno and Pamina are captured by Monostatos but escape using the bells. Sarastro arrives, and Tamino and Pamina see each other – with the inevitable result! Sarastro instructs that Tamino and Papageno will be initiated into the Brotherhood of the Temple; they must initially keep silence despite temptations. The Queen’s ladies arrive and whilst Tamino observes the command Papageno chatters until they flee.
Pamina is visited by her mother and is given a dagger with which to stab Sarastro or she will be shunned. Pamina refuses but Monostatos tells her he will do it if Pamina submits to his amorous desires. Luckily, Sarastro arrives and dismisses him.
Pamina finds Tamino but he refuses to speak, to her distress, and he is prevented from taking her own life by the timely arrival of the three boys, who assure her of his love and advise he is facing a potentially deadly ordeal for her sake.
Papageno again fails the silence test and talks to an old lady, agreeing to marry her as he sees no other chance in life. She transforms into the girl of his dreams but vanishes.
Tamino and Pamina together successfully undergo trials by fire and water with the aid of the ‘magic flute’. Thinking he has lost his newly-found Papagena, Papageno is in despair and he too contemplates suicide. The boys remind him of his ‘magic bells’; harmony of life and his girl are restored to him. The Queen of the Night, her ladies and the turncoat Monostatos fail in their final attempt to penetrate Sarastro’s realm. Sarastro proclaims that light has overcome darkness and the opera ends with general rejoicing. 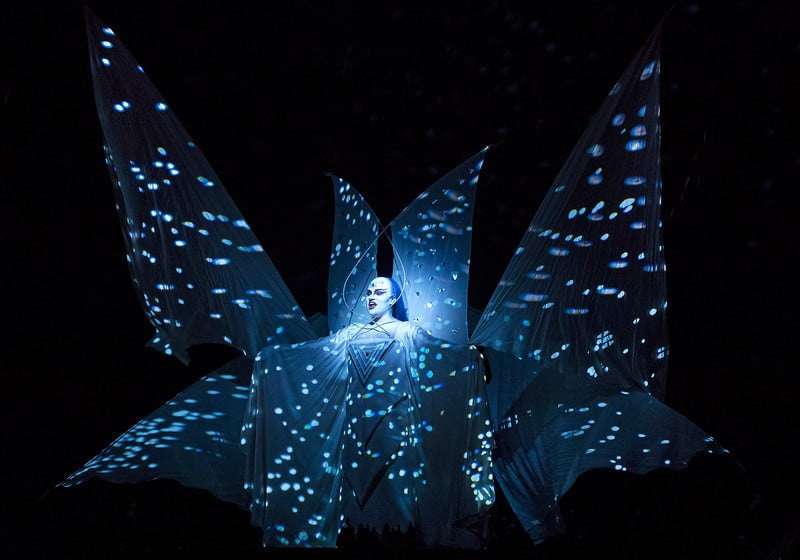 Look out for…
Some arias are famous for the virtuosity and the vocal range required to simply get through them – the two arias of the Queen of the Night! The first takes the singer up to a top-F, and in the second we experience the malevolence of the Queen in full flood.
Both Tamino and Pamina have rather more conventional utterances, the former required to sing with grace, purity of tone and with a fine legato line. He also has a wonderful scene in front of the Temple where the soundworld changes owing to Mozart’s use of sonorous trombones, hinted at in the Overture, considered by many to reflect the Freemason ritual of Mozart’s time.
Pamina’s celebrated aria is in the second Act as she contemplates suicide, a lament with a simple, daringly introspective yet long-breathed melody over a very sparing accompaniment; hugely demanding of the singer.
The bass singing Sarastro has two opportunities to reveal a resonant tone to impose the stern yet wise nature of the character.
The character of Papageno stands for the ordinary man. From his first appearance he has music that is jolly, tuneful and cheerful, and directly addresses the audience in a vaudeville-type fashion.

Who’s in it?
The Met’s Music Director Emeritus James Levine conducts; he’s a veteran of the piece. Golda Schulz takes the role of Pamina and is partnered by Charles Castronovo as Tamino, and Kathryn Lewek reprises her interpretation of the Queen of the Night. There’s luxury casting in the role of Sarastro with René Pape and Papageno is taken by Markus Werba. Julie Taymor’s staging has become a Met favourite with its visually stimulating designs.

When’s it on?
If you are in New York City then the matinee is live at the Met itself. Otherwise it is broadcast to cinemas on Saturday October 14.