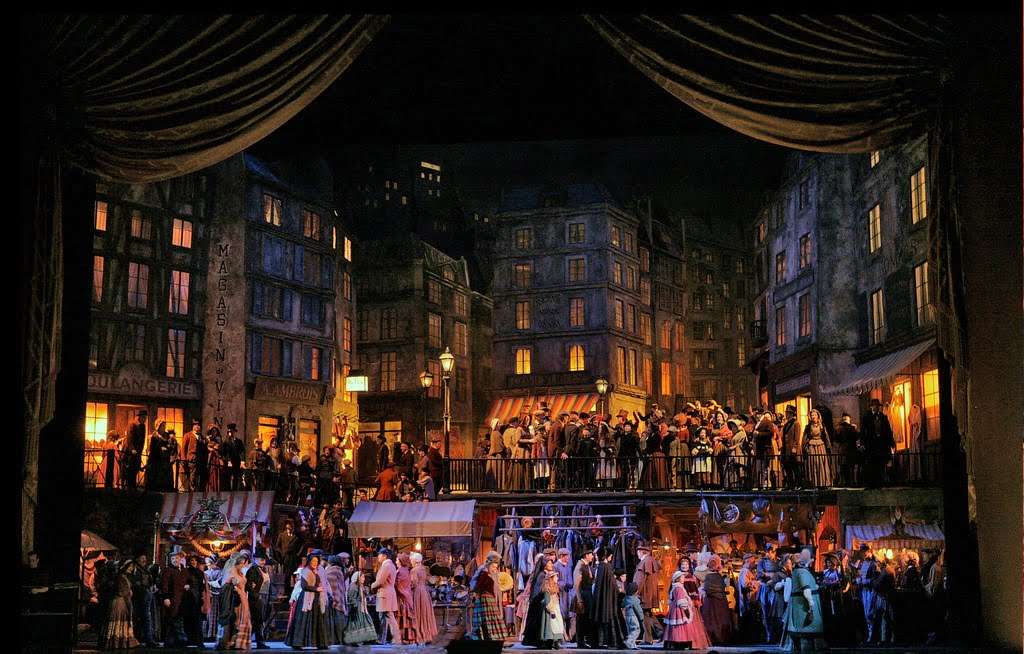 Who wrote it?
Since its premiere in Turin in 1896, where it met with a modest reception, La bohème, Puccini’s fourth opera quickly gained and retains huge popularity. It is based on a novella by Henri Murger, Scènes de la vie de bohème, librettists Giuseppe Giacosa and Luigi Illica fashioned a libretto to suit Puccini’s musical demands and dramatic instincts. La bohème is a supreme example of verismo opera, reality. Murger’s novel also inspired other composers – notably Leoncavallo, famed for Pagliacci, whose version is occasionally staged. Indeed, the composers had a public spat over who had the rights to set the Murger novella.

What’s it about?
The setting is Paris around 1830. Four students eke out a frugal existence renting a rooftop garret. They are an ill-assorted bunch: Marcello is a painter, Rodolfo an aspiring poet and writer, Colline a philosopher and Schaunard a musician.
As the curtain rises it is Christmas Eve and Marcello and Rodolfo are found freezing in their attic home. They have no fuel and resolve to warm themselves by burning the manuscript of Rodolfo’s latest play. Colline joins them and the day is saved by the arrival of Schaunard with money, food and wine – he’s had a successful day playing the violin.
As they prepare to go on the town the landlord Benoit arrives to collect their rent. They ply him with wine, create an incident and kick him out for immoral behaviour – without having to paying their dues. Rodolfo remains to complete an article but a knock on the door disturbs him. He finds a beautiful, if pale, young woman. She has climbed the stairs and her candle blew out so she’s asking for a help. Exhausted she collapses to Rodolfo’s concern. Reviving she makes to go but realises she’s dropped her key. As they search for it in the darkness Rodolfo grasps her hand – it is icy cold. They tell each other of their lives – she, Mimi, works as a seamstress. They are falling in love. 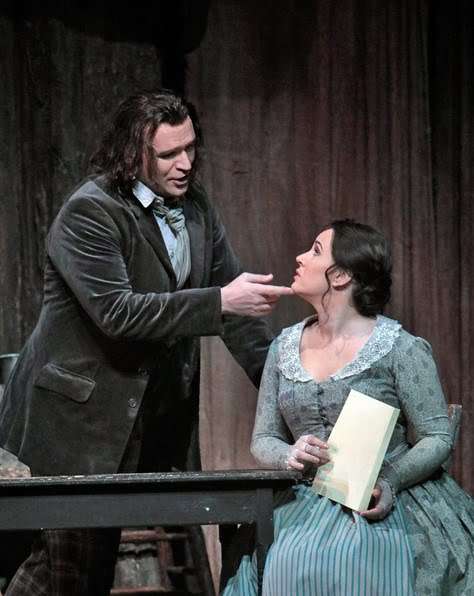 Act Two occurs as the students enjoy the sights and sounds of Paris. Rodolfo buys Mimi a pink bonnet. They all dine in the Café Momus. Suddenly there is commotion outside and a glamorous lady, Musetta, enters on the arm of an elderly gentleman. She is known to the students having been Marcello’s girlfriend. She flirts outrageously with him and he can resist her charms no longer and they are reunited.
The third Act is set outside an inn. Marcello is painting the building and Musetta is teaching singing. Mimi arrives searching for Marcello. She’s painfully thin and is coughing, but she refuses to enter when she hears that Rodolfo is inside. Their relationship is under strain. Marcello sends her back home just as Rodolfo emerges. He announces his intention to leave Mimi as she is flirtatious and possibly unfaithful. Marcello says he knows that to be untrue. Rodolfo crumples – he’s desperately in love with Mimi still but he cannot provide for and protect her as he would wish to. He feels their life together is killing her. Mimi coughs: she has overheard the conversation. Mimi and Rodolfo patch things up.
In the final Act, back to the garret. Rodolfo and Marcello brood on their lost loves, for Mimi and Musetta have left. Times are harder than ever but Colline and Schaunard make light of their poverty and lark around until Musetta bursts in. Mimi has collapsed in the street. They carry her in and put her in the bed she once shared with Rodolfo. Musetta and Marcello go to find a doctor. Colline decides to sell his coat to raise funds and Schaunard vacates the room to leave the lovers alone. Mimi finds the bonnet under the pillow and she and Rodolfo reminisce. The others gradually return, Musetta bringing a muff to keep Mimi’s hands warm; she tells Mimi that Rodolfo bought it. Mimi drifts off to sleep but, as the others busy themselves trying to make the place warmer and comfortable, she dies from the ravages of tuberculosis. Schaunard notices this and gently alerts the others. Rodolfo realises something terrible has happened howls in anguish.

Look out for…
La bohème abounds in memorable melody. The second Act brings the chorus in as an important player, and the antics of the dinner at the Café Momus are joyous, especially Musetta’s aria of seduction. The first encounter of Rodolfo and Mimi is one of the most-famous love-scenes in all opera, famous arias abound. Mimi’s outpouring of love for Rodolfo in the final Act is a special moment too; it uses thematic material from the first act. Puccini was a master at building emotional suspense. 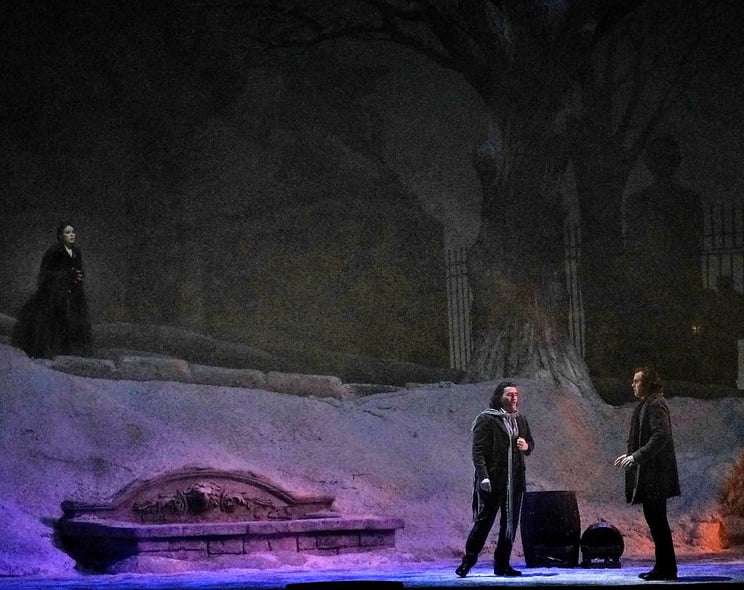 Who’s in it?
As ever the Met has assembled a super cast for this latest revival of the production originally staged by the great Franco Zeffirelli – it’s a classic. As Rodolfo is Michael Fabiano, singing in his home city. Mimi is Sonya Yoncheva. With her dark-hued, plangent voice and dramatic skills she should be a fascinating Mimi. Marcello is sung by Lucas Meachem; it’s a role he’s sung many times to acclaim. As the effervescent Musetta Susanna Phillips reprises the role in which she made her Met debut. Matthew Rose sings Colline, Met veteran Paul Plishka is putting in two cameo appearances as Benoit and Alcindoro, and Marco Armiliato conducts.

When’s it on?
If you are in New York City then the matinee is live at the Met itself. Otherwise it is broadcast to cinemas on Saturday February 24.