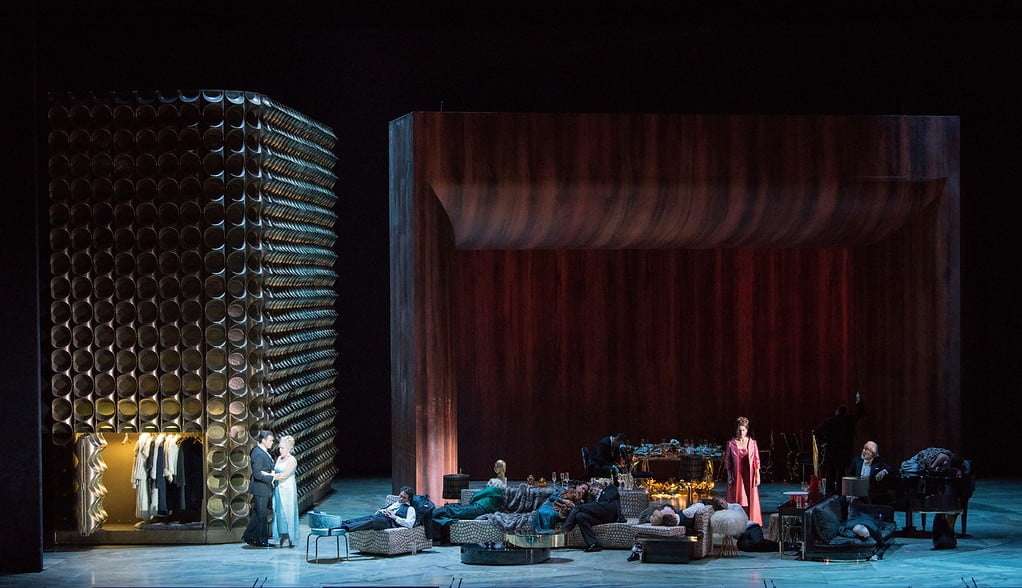 Who wrote it?
There are few operas, even in the modern day, that have a film screenplay as their source, but the great Spanish director Luis Buñuel’s film of 1962 El ángel exterminador provides the creative urge for Thomas Adès for his third major stage-work.
It was first staged at the Salzburg festival in 2016, and subsequently at Covent Garden in April this year, both conducted by the composer. The libretto based on the screenplay is a collaborative venture between Adès and Tom Cairns, who directed Adès’s previous opera, The Tempest. Adès’s first two operas have been staged frequently in the USA. 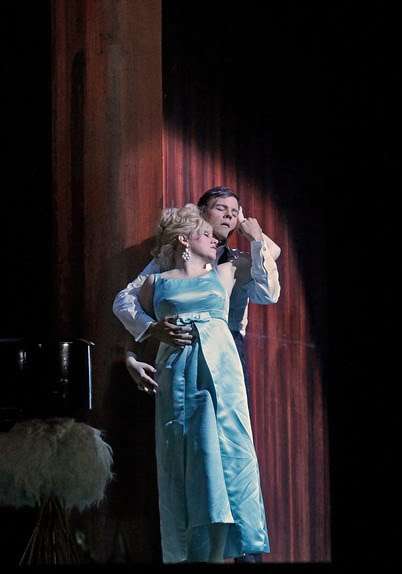 What’s it about?
As the opera starts there are preparations for a post-opera-society dinner to be held at the house of Edmundo and Lucia de Nobile except that, to the concern of the butler Julio, the servants seem to be deserting the mansion in a state of agitation. The guests arrive and they include a diva Leticia Maynar, a conductor Alberto Roc and his pianist-wife Blanca. Although the guests are socially courteous, underlying animosities become apparent (in a similar fashion to Violetta’s guests in Act One of Verdi’s La traviata).
There is an accident as the first course is served and the food falls to the floor. Leticia declines to sing, so Blanca plays to entertain the company and a young couple, Eduardo and Beatriz, dance together. Dr Conde confides to others that his patient, Leonore, is terminally ill – she meanwhile flirts with him, outrageously.
Some of the guests announce they will leave but do not achieve this. The night closes in and as it becomes late the hosts offer overnight hospitality to their guests who gradually start to shed their formal attire. The next morning nobody is able to leave the drawing-room. The remains of the spilt food are served with coffee for there is no staff available to bring fresh supplies.
Gradually the veneer of civilisation is stripped away, and the guests find themselves in a fight for survival. Tensions erupt and there is much recrimination. Senor Russell dies. The prospect of a slow death from hunger and thirst is the uppermost concern. Outside the mansion police guard the house and try to arrange relief, but nobody is able to enter.
The guests are pulling apart the furnishings and attempting to break water-pipes simply to drink. Irrational behaviour is now the order of the day. Oddly, lambs from the garden enter the room. They are slaughtered for food. The bodies of Eduardo and Beatriz are discovered following a suicide pact.
The idea surfaces that a sacrifice is needed to break the curse, and the host, Edmundo, is proposed as the victim. The diva realises that everyone now in the room is seated as they were when she refused to sing. She does so this time. The survivors discover they can leave and emerge to the sunlight. Opera saves the day? Have they escaped? 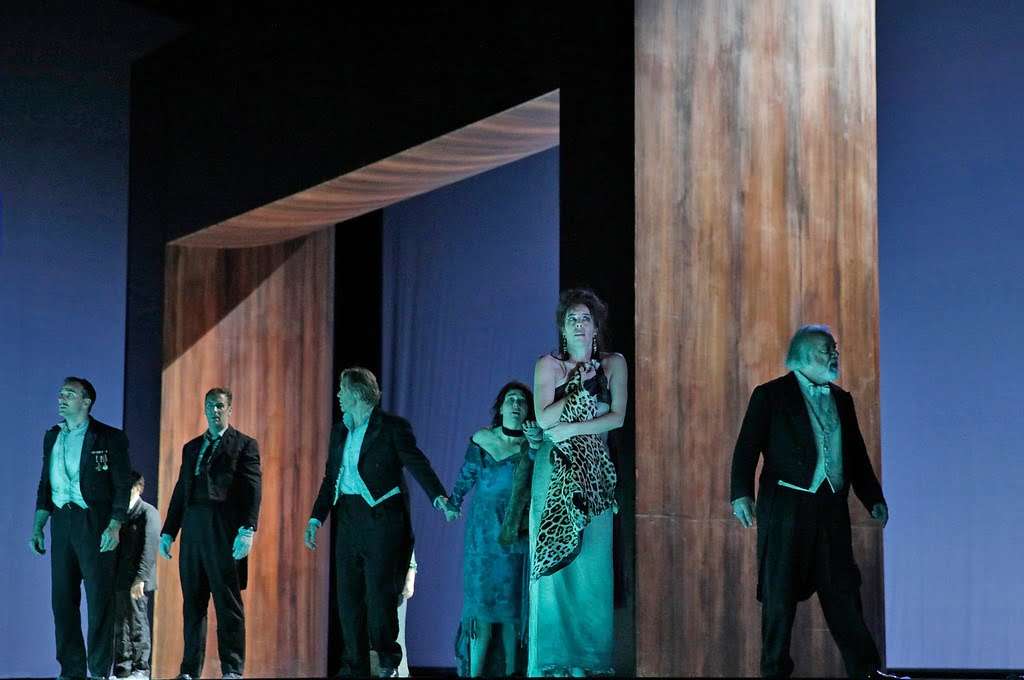 Look out for…
This is an expansive score with complex orchestration to match the fantastic and scary world the protagonists find themselves in. There are some powerful interludes, very much in the mode of Richard Strauss (Die Frau ohne Schatten comes to mind), and these provide the biggest climaxes.
Adès’s palette is certainly daring and brilliant. Like Messiaen he uses an ondes Martenot to unsettling and original effect. Elsewhere Adès shows that he is a master of pastiche and often for comedic effect.
Eduardo and Beatriz have an extraordinarily simple-sounding (though probably extremely difficult) duet to before they commit suicide – Baroque meets Berg with the impact of Wagner! Elsewhere the brilliant scoring of Stravinsky and Ravel is brought to mind.
As the behaviour of the entrapped guests becomes repetitive and off-beam the music also undergoes a multifaceted set of variations. It’s very listenable and lyrical music for the most part.

Who’s in it?
If you have a cast of major singers they need their moments in the spotlight. The composer-conductor rewards them all! It’s the personnel already seen in Salzburg and London, a ‘Who’s Who’ of the world’s operatic glitterati – quite appropriately given the plot. So we have John Tomlinson, Rod Gilfrey, Alice Coote, Christine Rice, Amanda Echalaz, Sally Matthews, Iestyn Davies and Sophie Bevan. It doesn’t get much better than that!

When’s it on?
If you are in New York City then the matinee is live at the Met itself. Otherwise it is broadcast to cinemas on Saturday November 18.