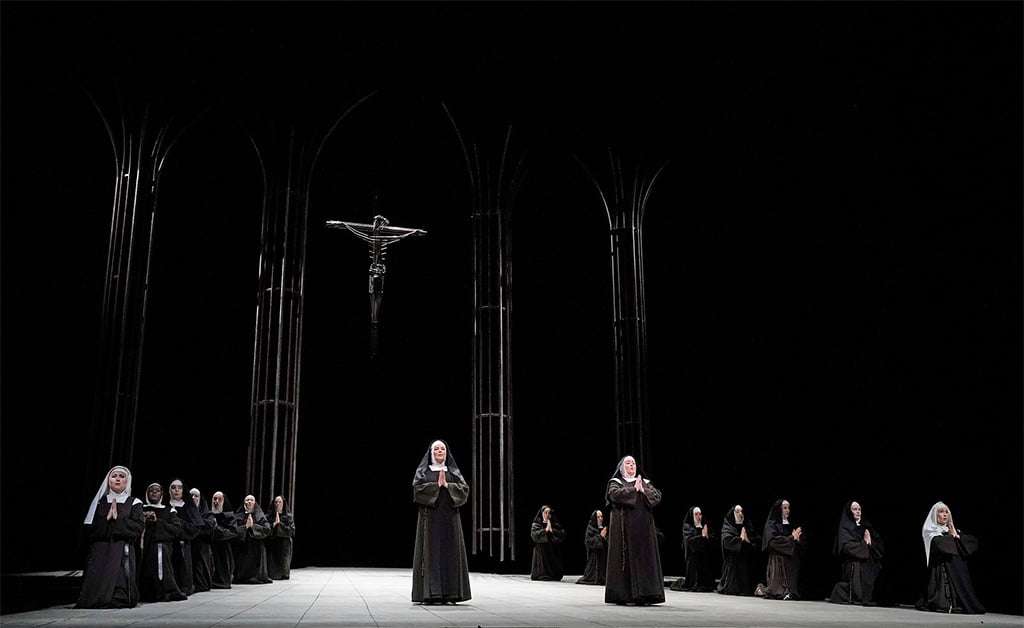 Who wrote it?
The plot of the opera is centred on the fate of a group of Carmelite nuns from Compiègne during the terrors of the French Revolution and has some basis in fact. One of the survivors, Mother Marie of the Incarnation, wrote her memoirs and the publication of her account led to the beatification of the nuns in 1906.
Francis Poulenc wrote his own libretto for Dialogues des Carmélites, basing it on a play by Georges Bernanos. Bernanos had based his work, originally commissioned as a film script, on a novel Die letzte am Schafott (The Last to the Scaffold) by a German convert to Catholicism. Both Gertrude de la Fort and Bernanos had brought aspects of their own personalities and preoccupations into their adaptations; Bernanos concentrated on the crisis of faith experienced by the prioress for he had been diagnosed with terminal cancer whilst writing.
Poulenc had issues during the writing and composition of the work which he started in August 1953 with a significant burst of activity, for there had been considerable wrangles about the rights to the libretto. In addition, Poulenc suffered a severe bout of depression in the following year requiring a period in a clinic. Some of Poulenc’s associates partially attributed this affliction to the nature of the opera’s subject, though the composer was also in the throes of a fraught relationship with a young man.
The first performance was given in Italian at La Scala, Milan in January 1957. The cast included a host of notable singers – Virginia Zeani, Leyla Gencer, Eugenia Ratti and, in a tiny part at the start of her career, Fiorenza Cossotto. It was conducted by Nino Sanzogno. However, the Paris premiere in June the same year, sung in French, had an equally impressive cast led by Denise Duval in the role of Blanche; she was Poulenc’s vocal muse. The equally impressive roll-call of singers included Régine Crespin and Rita Gorr. It was conducted by Pierre Dervaux, and a recording was made by EMI – an important document. 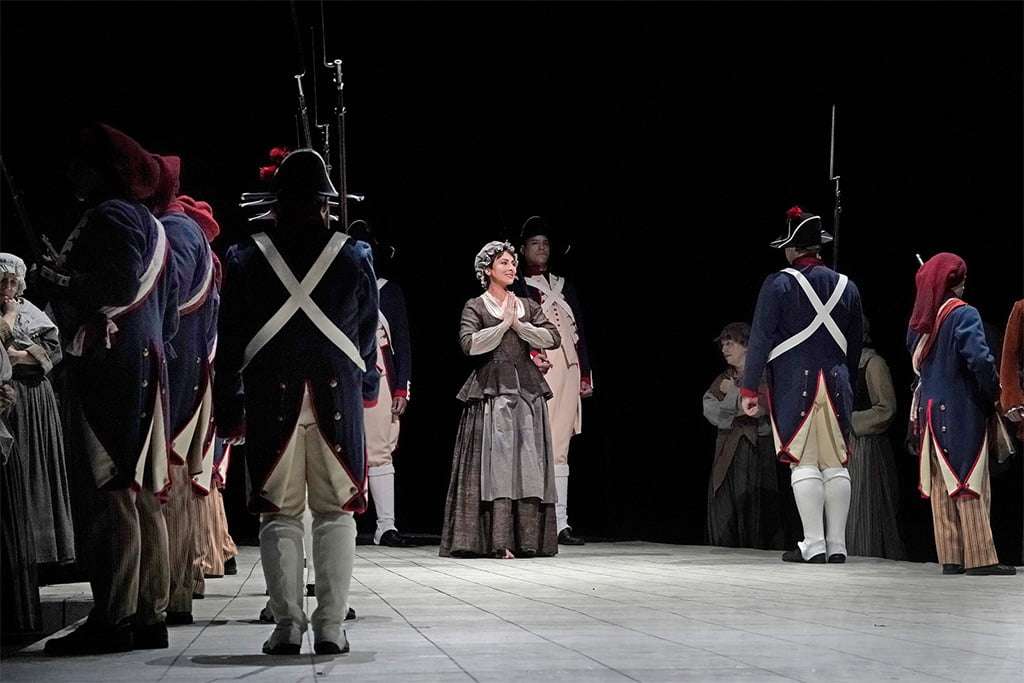 What’s it about?
Blanche de la Force is an introspective and nervy young lady from an aristocratic family under threat during the Terrors of the French Revolution. She enters a convent in Compiègne, although the prioress, Madame de Croissy, implicitly warns her against envisaging the secluded convent life as an escape from the World. She associates with the good-hearted and empathetic Sister Constance who has a premonition that they will die young.
Madame de Croissy is in decline and entrusts the young novice, now called Sister Blanche of the Agony of Christ, to the care of a Mother Marie of the Incarnation. As she dies in extreme pain she has a crisis of faith and has a nightmarish vision of the desecrated chapel of the convent that Blanche witnesses.
The nuns await notification of their new prioress. Constance expresses hope it will be Mother Marie, yet Madame Lidoine, the new prioress, arrives. She is of humble origins and warns the nuns that external events pose a threat to the community. She exhorts them to fervent prayer to bring them fortitude.
Blanche’s brother, fleeing the mob, arrives at the convent and asks to speak to Blanche. Mother Marie witnesses the conversation. He tells Blanche of the death of their father and asks her to seek sanctuary abroad with him. Blanche states her determination to stay, but after saying farewell to her brother collapses in despair and is comforted by Mother Marie.
Eventually the crowd breaks into the convent as all religious communities become banned. Madame Lidoine hastens to Paris to try and argue their case. Marie encourages the nuns to consider martyrdom and they vote. The unanimous vote needed fails as there is one vote against. Sister Constance claims it was her and asks to change her choice. As the nuns take the vow of martyrdom Blanche flees. Mother Marie finds her but fails to encourage her back. Both are absent as the Revolutionary Tribunal condemns the nuns to death. At the Place de la Revolution they walk to the guillotine one by one. Sister Constance is the last to reach the scaffold, but as she ascends the platform Blanche emerges from the crowd and follows her to death. Only Mother Marie has survived…

Look out for…
Despite deploying a relatively large orchestra Poulenc uses it rather sparingly and cleverly contrasts the secluded convent with its tonal music, full of flavours of the choral music of religious establishments, against the more complex interruptions from the World outside, inducing dramatic tension. It is also rather conversational allowing the text to really be heard. Each of the nuns has a distinctive character and vocal range. The final scene is cleverly conceived; the voices gradually declining as the interruptive orchestral representation of the strokes of the guillotine punctuate the Salve Regina – once heard never forgotten.

Who’s in it?
The staging is a revival of John Dexter’s classic production and boasts an exceptional cast. Isabel Leonard takes the role of Blanche and Karita Mattila sings Mme de Croissy. Adrianne Pieczonka sings Madame Lidoine and Karen Cargill Mere Marie. Strong personalities all and with Yannick Nézet-Séguin at the helm of the Metropolitan Opera Orchestra this promises to bring this season of Met broadcasts to a devastating conclusion.

When’s it on?
If you are in New York City then the matinee is live at the Met itself. Otherwise Dialogues des Carmélites is broadcast to cinemas on May 11.