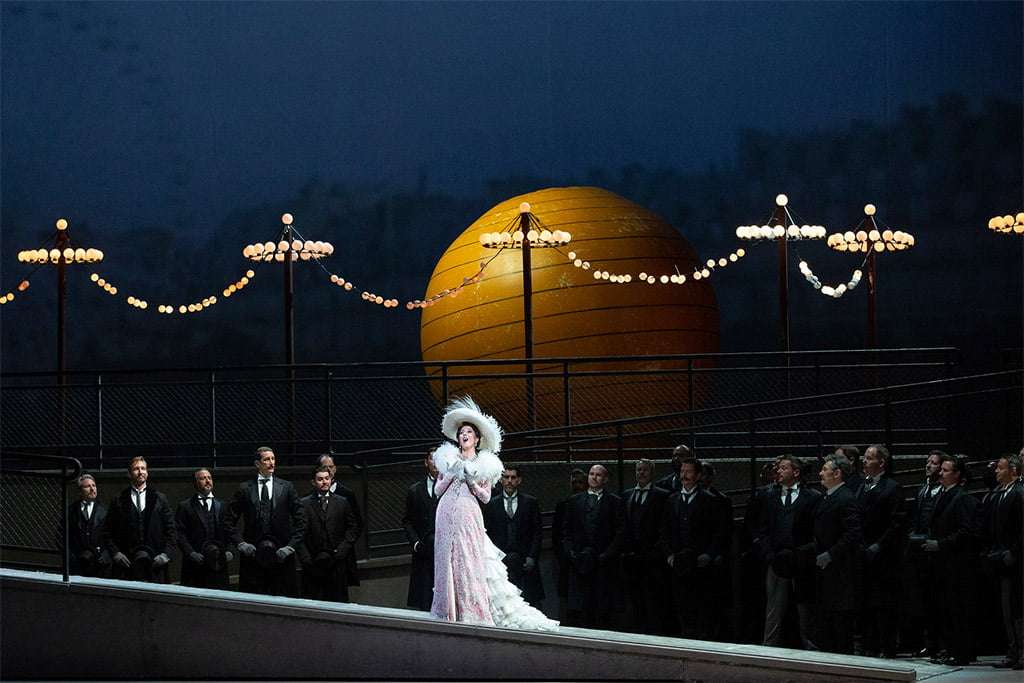 Who wrote it?
Manon is one of several operas based on the novel ‘L’histoire du chevalier des Grieux et de Manon Lescaut’ by the Abbé Prévost, which was first published in 1731 and banned by the French authorities owing to its then controversial story. Jules Massenet started composition of the work in 1882 and completed the original version for performance in Paris at the Opéra-Comique in January 1884. The opera was an instant success and remained in the regular repertoire of that theatre until the late 1950s. It also travelled the world quickly, reaching the UK (Liverpool) and the USA in 1885. Although in the latter part of the 20th century its popularity waned for a while it has begun, like other works in the extensive Massenet canon, to reappear on the great stages of the world once more. No wonder for the lyrical and emotion- laden music and strong visual and dramatic opportunities of the work have much to offer. The libretto was written by Henri Meilhac, famous as a librettist of Bizet’s Carmen and some of Jacques Offenbach’s more enduring satirical operettas, and Philippe Gille, who also wrote librettos for Offenbach and Léo Delibes’s works staged at the Comique. The other enduringly popular opera on the same theme is the later one by Giacomo Puccini, but Massenet and his collaborators provide a more expansive version of the story told in the original novel and they have her expire before reaching the desert wastes of Louisiana. Massenet’s Manon is arguably more complex and sympathetic than Puccini’s one, too. 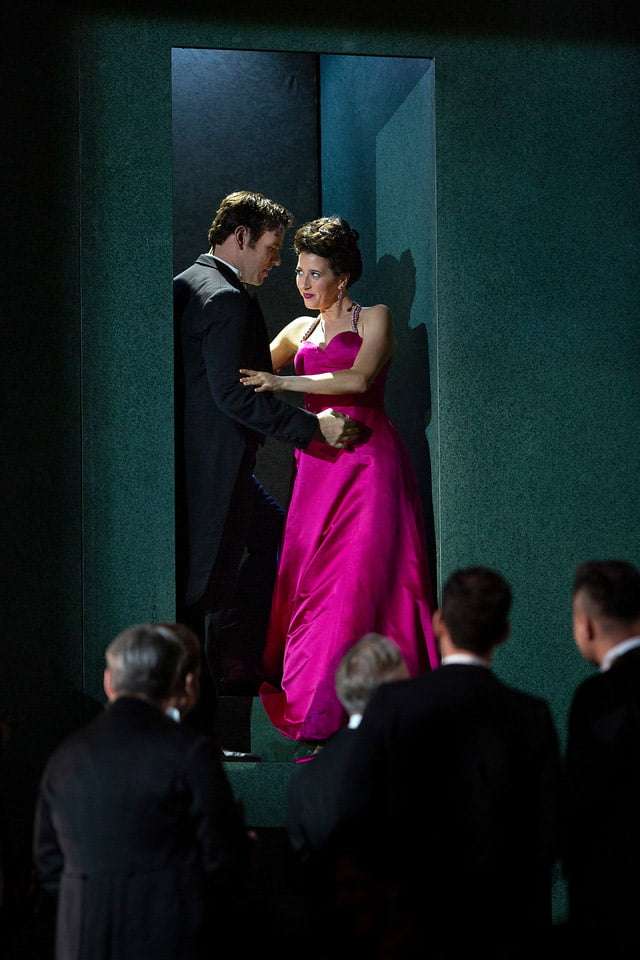 What’s it about?
Manon, a young and beautiful girl is travelling to a convent by stagecoach and arrives at the coaching inn at Arras where she is to be met by her cousin Lescaut who is more interested in the gambling tables than his family chaperone duties. As she waits for him her presence is noticed by the wealthy financier Guillot de Morfortaine and his associate the nobleman De Brétigny. They are also accompanied by a trio of actresses whose elegance Manon finds appealing. Guillot makes immediate advances to Manon but is interrupted by Lescaut who then warns her about talking to strangers, before returning to the gaming halls. Guillot plans secretly to abduct Manon. The young Chevalier Des Grieux appears having missed his coach home. He too is transfixed by Manon and introduces himself. They quickly discover their attraction is mutual and flee to Paris using the coach Guillot has hired for the abduction, to his fury. We next meet Manon and Des Grieux in Paris in a small apartment. He is writing to his stern father to explain his new life and love. Lescaut and De Brétigny enter and the latter tempts Manon with, to her, unimaginable riches and a life of pleasure if she parts from Des Grieux. When she agrees they tell of a plan by the Conte des Grieux to seize Des Grieux and to return him to his father’s care. The capture occurs as planned with Manon unable to intervene and to her evident distress.
A short while later Manon, now coupled with De Brétigny , has become something of a society celebrity. By the Seine she overhears a conversation between De Brétigny and the Conte Des Grieux where the elder man tells that his son is about to take holy orders, and that he will be preaching for the first time later at the Church of Saint-Sulpice. Manon distracts her admirers and heads away. At the church we meet the Chevalier being congratulated by his father. The son still displays animosity towards his father but is determined to take his vows and forget his past. However, after preaching his first sermon he returns to the vestry to find Manon waiting for him; their love is re-kindled, and they flee once again. We next meet the couple in an illegal gaming den. Against his better judgement Des Grieux gambles against Guillot who is still seeking revenge on the couple. When Guillot loses he accuses the couple of cheating and calls the police who arrive to arrest all the gamblers before the den can close. Des Grieux is soon freed – it pays to be wealthy. Manon is not so lucky. She has been sentenced to deportation for prostitution and gambling. With Lescaut’s help Des Grieux makes a final attempt to free her whilst she is being transported to Le Havre. Lescaut bribes the guards and the couple are left alone. Manon however is so weakened by her ordeal that she is unable to flee with him despite his devotion, and she expires in his arms. 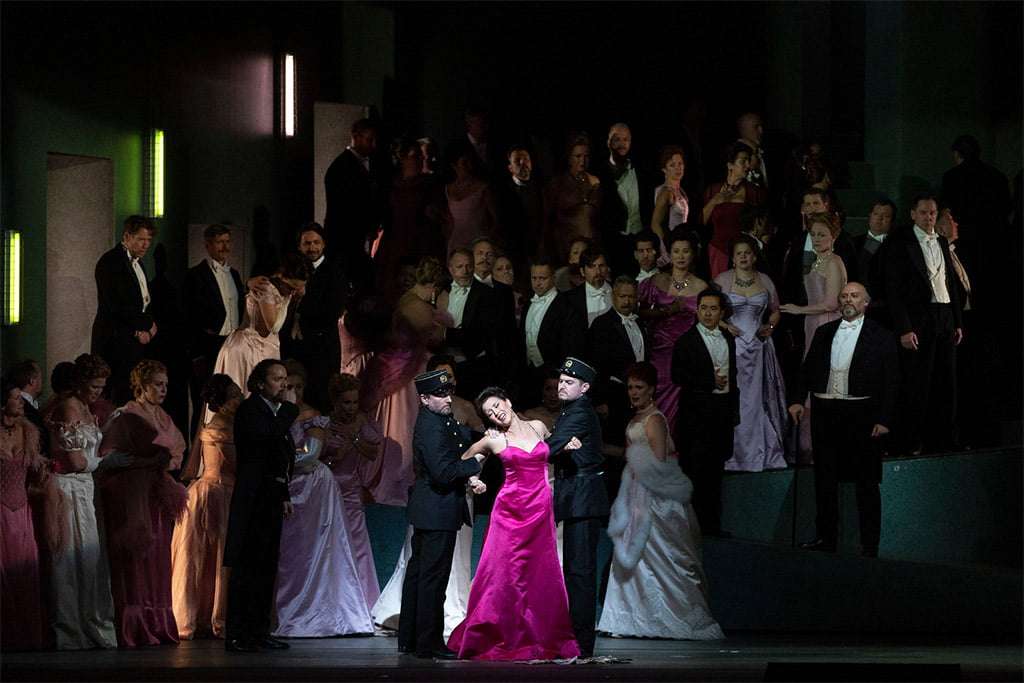 Listen out for…
Massenet’s brilliant score is full of colour and contrast, often with the moods of consecutive scenes being startlingly different, notably in Act Three. He always wrote well for sopranos, and the singer of the role of Manon must deploy and extensive vocal range and considerable power at time to denote youthful innocence, material greed overriding deep affection, extrovert celebrity and finally a desperate mortality. She alone of the female characters dominates the opera. Her Act Two aria ‘Adieu, mon petit table’ is full of pathos and the Cours-la-Reine scene and the gambling-den scene require some technical dazzle and agility. The love duets are big sings for both soprano and tenor. The role of Des Grieux is also challenging and one of the best roles Massenet wrote for a tenor. His great solo scene in Saint-Sulpice describing how the thoughts of Manon still haunt him, ‘Ah! Fuyez, douce image’ is as dramatic a tenor aria as one could wish for. In this opera Massenet also used various themes to depict certain characters – notably for the men in Manon’s life. She herself has themes, too, but they are more transitory as the character develops so much.

Who is in it?
Laurent Pelly’s theatrical and vivid staging, which resets the opera to the period of its writing rather than the period of the original novel, has been seen at the Met and at other opera houses of the world over a few years with some impressively top-notch casts, and his Met revival doesn’t shirk the need for stars either. In the title role is Lisette Oropesa, known for her dramatic flair and truthfulness, her dazzling technique and a voice of great beauty. Partnering her is American tenor Michael Fabiano; for many opera connoisseurs he is probably at his appreciable best in high-lying French operatic repertoire. However, the supporting roles are also important, and these are also cast from strength, with baritones Brett Polegato and Artur Ruciński as De Bretigny and Lescaut, respectively, tenor Carlo Bosi as Guillot and bass Kwangchul Youn as Conte de Grieux. Maurizio Benini conducts the Metropolitan Opera Orchestra and Chorus.

When’s it on?
If you are in New York City then the matinee is live at the Met itself. Otherwise it is broadcast to cinemas on October 26.