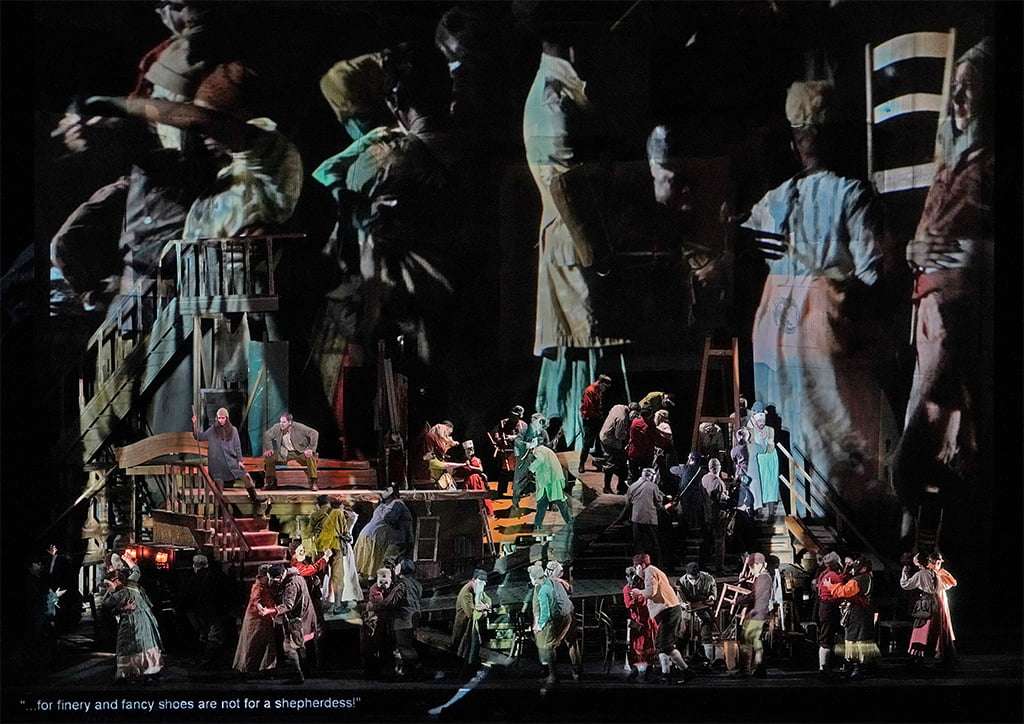 Who wrote it?
Alban Berg’s Wozzeck, first premiered in Berlin in 1925, is based on the play Woyzeck by Georg Büchner. This startlingly original atonal score and operatic distillation of a pretty searing play initially received decidedly mixed critical reception as well as some hostility from the bewildered audience. Yet, owing to this notoriety, it soon started to receive other stagings in Germany and Austria until the Nazi party labelled it as degenerate art (Entartete Kunst), thereby minimising performances. Post-war it has almost become part of the standard repertory of houses where some of the modernist 20th Century works are valued. No wonder for even today it remains an unsettling, compelling experience with its many grotesque characters and its flawed, yet sympathetic, heroine and anti-hero, despite the original play hailing from the early 19th Century. It really was a work ahead of its time. 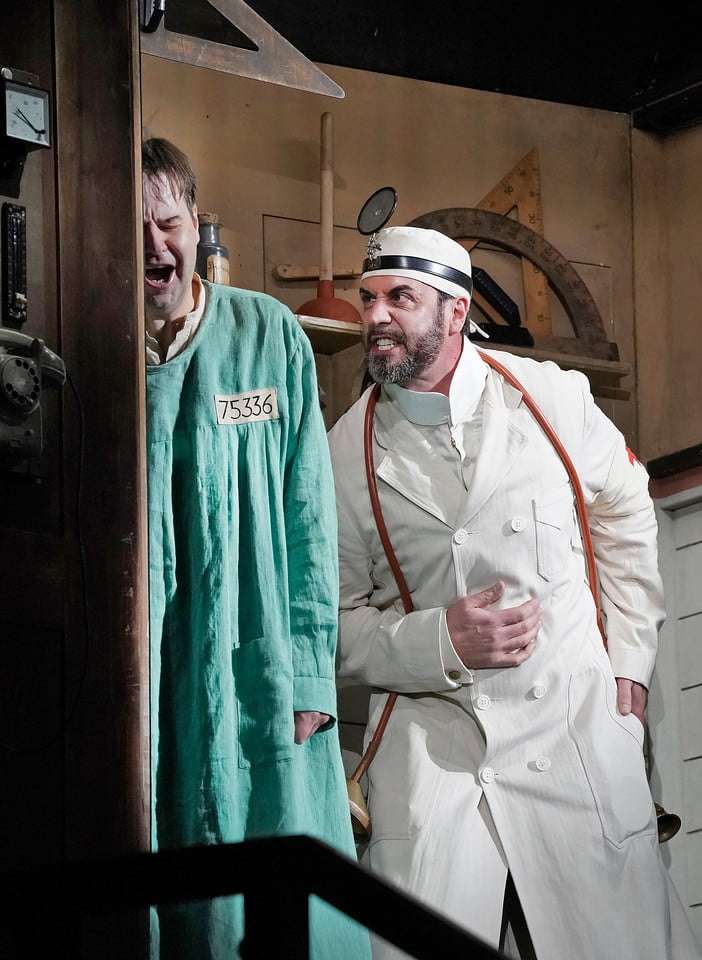 What’s it about?
Wozzeck, an ordinary soldier, is first met whilst shaving the beard of the Captain who pontificates about existence and berates Wozzeck for always rushing everywhere and for his immoral lifestyle. Later Wozzeck is seen cutting sticks in a field with a fellow soldier, Andres. As the sun sets Wozzeck expresses a sense of unease and being driven by strange external forces.
Wozzeck’s common-law wife Marie is enthralled by the appearance of the Drum-major whilst watching a military procession. Her child by Wozzeck is restless and she sings a lullaby to send him to sleep. When the coast is clear the Drum-major is invited by Marie into her shabby home. Meanwhile we learn that Wozzeck is under the care of the Doctor who appears to be experimenting on his through control of diet and activity.
The Doctor and the Captain casually insinuate to Wozzeck that Marie may be unfaithful – something he already suspects having found her with a set of earrings which she says she has ‘found’. Wozzeck confronts Marie, initially in a roundabout way but then more forcefully and with the threat of physical violence. He later sees Marie dancing with the Drum-major at a party and is enraged. The Drum-major enters the soldiers’ dormitory whilst drunk and challenges Wozzeck to a fight.
Marie feels remorse for her actions and seeks solace in her Bible. She and Wozzeck go for a walk by the lake and again they fight. Wozzeck stabs her and disposes of her body in the water. He returns to the camp where his comrades and others notice blood on his clothes. Shaken, he returns to the lake to try and dispose of the incriminating dagger but fails to throw it far enough and drowns whilst trying to rectify this. As the children play outside, Wozzeck and Marie’s son included, rumours of a gruesome discovery start to circulate. 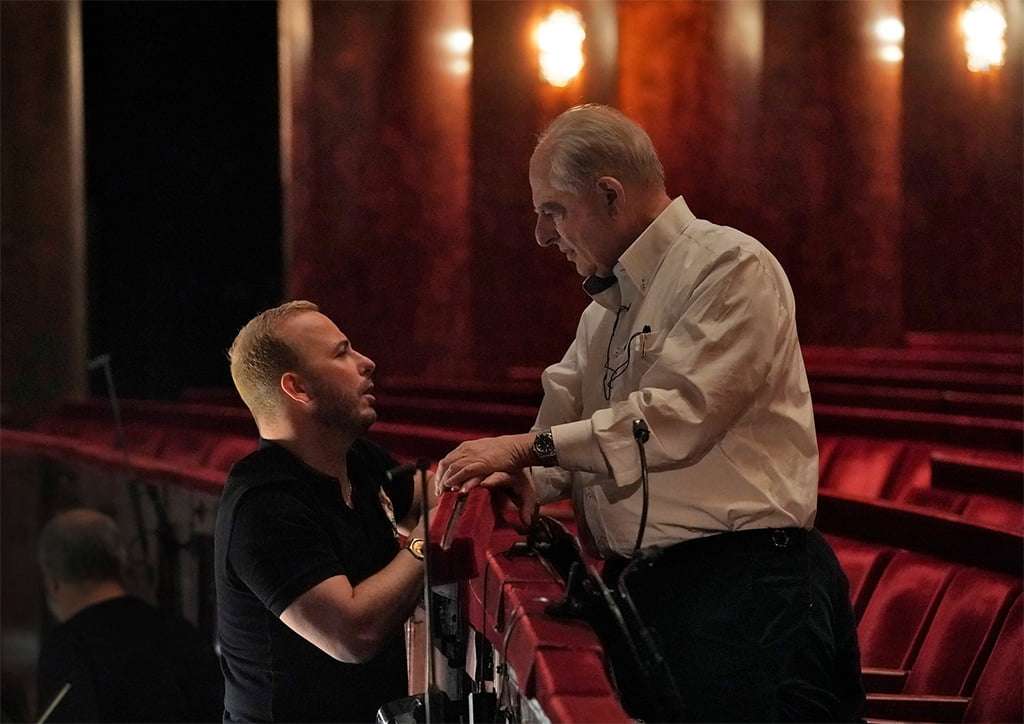 Listen out for…
Given the atonal nature of the music Wozzeck isn’t an opera full of catchy hummable tunes. Berg’s score is full of taut, spare-sounding musical effects and has an inner propulsion of its own as the music steers the drama to its grisly conclusion. Berg also drawns from Wagner in his use of repeated music themes or leitmotifs to delineate both characters, actions and ideas. The orchestra deployed is rather large, but the tension builds by sheer dint of the rather understated quality of the scoring. Berg also uses compositional forms such as the passacaglia and themes and variations into the mix (as Britten later did in some of his operas). Despite this unconventional approach it is interesting that there are some scenes that have the feel of the solo operatic ‘scena’ to them – notably Marie’s lullaby and Bible reading episodes which allow this poor woman to express her inner feelings and frustrations directly to the audience. The score also has some remarkable off-stage passages such as the military march and the background party music. The murder and drowning scenes are eerie indeed.

Who is in it?
William Kentridge is the director of this new staging at The Metropolitan Opera. His production of Berg’s later (incomplete) opera Lulu was a sensation a few years back. Sabine Theunissen has designed the evocative and imposing sets. Yannick Nézet-Séguin conducts a cast with Swedish baritone Peter Mattei in the demanding title role; one where his strong brooding stage presence and marvellous voice should be near ideal. Elza van den Heever sings the hapless unhappy Marie. There are some notable Wagnerian tenor voices in some of the other roles as Christopher Ventris is singing the Drum-major and the Captain is being sung by Gerhard Siegel. It should be a murderously good performance.

When’s it on?
If you are in New York City then the matinee is live at The Met itself. Otherwise it is broadcast to cinemas on January 11.