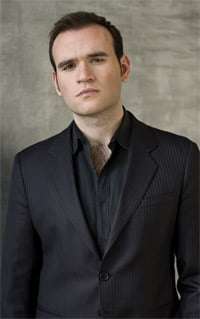 English National Opera is continuing its Donizetti revival into 2011 with a production of the relatively unknown but highly regarded Lucrezia Borgia. At the helm is Mike Figgis, transferring his directing talents from film to stage. Taking the part of Lucrezia’s long-lost son, Gennaro, is New Jersey-born tenor Michael Fabiano. A serious but passionate man, Fabiano is eager to talk of his love of Donizetti’s music, and it seems that he cannot wait for the first night. “They’re going well”, he says of the rehearsals. “We’ve got the obvious kinks, but we’re pretty close now. With a new production it always takes a little more time to get together, plus we had the holiday break, which stopped us for about ten days. We had to re-start which was a little strange, but now it feels ready to go.”

Having sung in Jonathan Miller’s production of Rigoletto, Fabiano is familiar with the ENO set-up – and is delighted to return to The Coliseum. “It’s such a joy working here. I love the staff here, and the orchestra is wonderful.” And what of the director, in his first opera? “Mike Figgis is certainly a very influential guy, and to me he is very visionary. Obviously this is a new thing for him, doing opera, and it’s interesting being able to sit aside from rehearsals and discuss ideas, and really get into his brain about what his method is. A singer has to worry about their singing and their acting, with the singing their prime vocation. A director thinks about the stage, the placement, where people move and why they do – their intentions. For him it’s a merge of what I need to do and what he’s been doing all through his life. He’s got his sea-legs now, and he’s very understanding.”

Recruiting Figgis for Lucrezia Borgia is a further example of ENO turning to other art-forms for inspiration, giving in the process a new context to the opera in question. Fabiano agrees. “It gives a new avenue to people, and maybe exposes things that haven’t been seen before. In an art form that’s ever-changing, that is important. Even though the music itself is living, it also comes from 150 years or so previously. It’s always good to take another angle, to give the audience another opinion.” 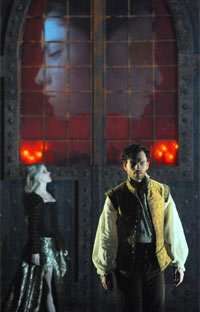 Fabiano is fully aware of the role he inhabits. “It is a demanding part”, he smiles. “I believe this is only the second time that Lucrezia has been done in London. We’re adding an aria that was written for tenor at a later point in the opera, and we’re adding it in at the beginning of the second act. It’s known for being treacherous, but it’s worth the challenge, and I want to go for it!” It is abundantly clear which composer currently inspires Fabiano’s passion for singing. “I love Donizetti! As a young singer, bel canto is the most reasonable, healthy answer, because singing this repertory allows me to have the limpidity of ‘free line’ music that can go high or low, stay in the middle, and maybe be florid or not. I don’t like to be confined into a box like Mozart would, where I can’t really extend out, and I can’t do a cadenza of my own volition. I also don’t have the restraints of the orchestra that might be present in Puccini or Verdi, even Massenet. That’s why for me doing as much Donizetti – not Rossini or Bellini – for the next ten years or so is what I want to do, because I want to stay healthy.”

Singing Gennaro brings its own demands. “This role is a challenge in itself, because it doesn’t necessarily lie very high – but it’s high enough. It stays in that high-ish tessitura for the whole opera, whereas in Lucia di Lammermoor or The Elixir of Love it is a little lower. This opera is not filled with high notes, but the range is a little more challenging. I’m also onstage for the whole time, with the exception of one moment in the first act.” 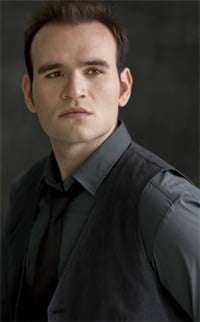 The story builds inexorably for the final scene. “I love the soprano aria and I love the final death-aria that I sing, it’s a piece of magical writing. It’s in his style, but not necessarily what you would expect from Donizetti. It is very foreboding of what Verdi did thirty years later. Don Pasquale stays light and looks back thirty years, but in Lucrezia there is an orchestral complexity. A bassoon will come in and be doubled with another woodwind, and then that will drop out and a trumpet will follow. These are weird things that at first glance you might not notice, but you think ‘that’s a little strange, why did you do that?’ The opera itself is a lot more through-composed than most operas he wrote. It has a sense of movement towards the end of each act, and as much as I love applause, it wouldn’t surprise me if we don’t get any until the end of the act. It’s not like Puccini; it lends itself to moving-on and continuing the drama, because it’s set in a period of time that is so truncated. You can set operas like Lucia over periods of months, but this is set over less than a day. It is clear he wanted the intensity to continue; and to build to the end.”

Fabiano has a firm assurance of the roles he would like to sing. “Roberto Deveraux is the one I would most like to do, it’s one of my favourite operas, and I love the singing. The orchestration is big, but it’s not layered. That’s my first choice, and then I would also like to sing in Manon, and then La favorita. All three of them are not in a normal person’s top ten, but I have been fortunate to have sung the standard repertoire. Donizetti is my favourite composer”, he says, returning to the interview’s central theme. “I’ve always said Verdi was lucky to know what he had done, because there is something fiery in Donizetti’s writing that I don’t find within Bellini’s music. That is more limpid. I like Donizetti because it’s driven, and it has this vocal type of angst that a lot of Verdi does. Donizetti uses the brass specifically differently to Rossini and Verdi in my experience thus far – but you must remember that I am only twenty-six. I love what Donizetti brings to the table, and it makes me realise that he was the master, not those that followed him.”

Fabiano is singing Verdi this March, and is currently learning Messa da Requiem. “Yes, I’m giving that back in the States in the summer. It’s a first go at that part for me, and I’m very excited. I’m still learning it.” Talk turns to his education, where he is keen to credit two teachers in particular. “My voice teacher, Bill Schuman, teaches a number of singers. I’ve worked with him for six, seven years, and I owe a lot to him for my technique. It’s always interesting to hear outsiders note the progress, and I always thank my teacher. I also worked with George Shirley, an Afro-American tenor who sang at the Royal Opera House in the 1960s. He was a wonderful teacher from a very old-school way of thinking. I made very fast progress with him; he taught me in the old-school, tough-love way, which I think is necessary. No garbage!”

As we end, Fabiano is keen to stress his debt to ENO once more. “I am very grateful to this company, and they gave me a wonderful debut with Rigoletto, where I got to work with the great Jonathan Miller. It was also great to work with the conductor Stephen Lord, they made a great team, and fostered such a wonderful, progressive and good-paced environment, where I could explore and grow. I am ever-thankful, because that was very exciting for me personally. I am hugely blessed in this production of Lucrezia too, because all the singers are wonderful.”