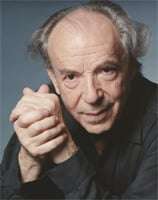 What a formidable programme! Paul Badura-Skoda turned 80 in 2007, though he still travels the world on seminar tours; to have the stamina and physical condition to play both Beethoven’s weighty Opus 111 Sonata and Schumann’s Symphonic Studies with the ‘posthumous’ études is going to be a mighty feat.

Professor Badura-Skoda has not given a solo recital in London for twenty years. So this concert is eagerly anticipated; in particular I am curious about how Badura-Skoda will tackle any number of interpretative issues. Within the pages of Classical Source is to be found Kenneth Carter’s very full review of a CD edition for Badura-Skoda’s 75th-birthday. But whereas Mr Carter sees Badura-Skoda as essentially a risk-taker, and stresses the originality of his interpretations, my experience of him as a student of his in Vienna was above all of his emphasis on stylistic and rhythmical correctness. So will Opus 111 (a Badura-Skoda signature piece) be one of transgression, or resignation? Heroism or calm? 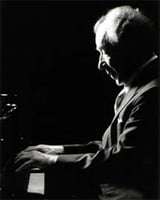 The depth of Professor Badura-Skoda’s scholarship is enshrined not only in his recordings but also in his writings, above all “Interpreting Bach at the Keyboard” published by Oxford University Press. He rose effortlessly above the intricacies of ornamental complexities, Pralltriller above all. These writings, however, give away Badura-Skoda’s deep emotional response to the music, as much as demonstrating his academic prowess. Not the least interesting feature of the Wigmore Hall recital will be how these two poles of the response to classicism will be balanced in his playing. How will he choose to interpret the Haydn Sonata (in A flat), which he has recorded with the much lighter sound (and action!) of a ‘period’ Viennese fortepiano?

Will Badura-Skoda also explain in the programme notes, or by his interpretation, why he includes the ‘posthumous’ études in the Schumann? Once upon a time, one hardly heard them; more recently, they are close to obligatory; though musicology (and performers) have increasingly acknowledged Schumann’s first thoughts were often best.

There are by definition almost no ‘golden age’ pianists left alive. But at 80 years young, Badura-Skoda’s spirit is clearly undaunted, and in terms of chronology, someone taught by Edwin Fischer, discovered by Furtwängler and who worked extensively with Karajan in the 1950s, he bridges the past and the future.

As Paul Badura-Skoda’s pupil, I remember his very great kindness to me. He bought me many a meal and much coffee in the Scharzenberg café much frequented by musicians. He was an unfailing support for my work. I greatly look forward to being able to hear him in London.