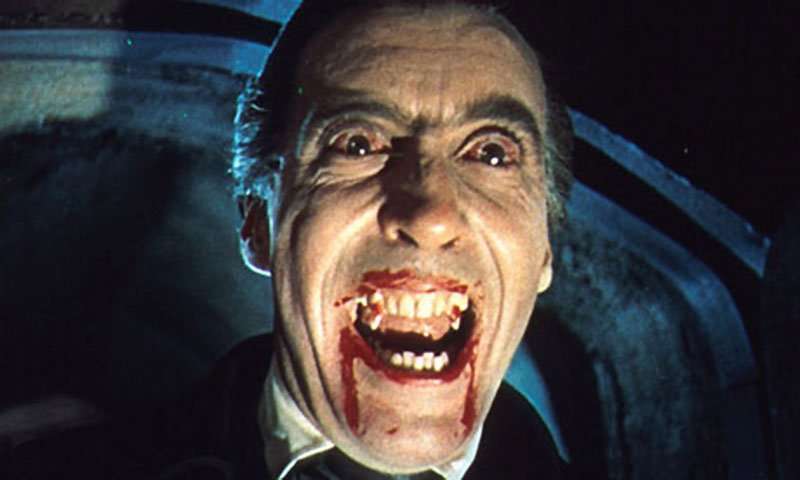 The whole world knows Christopher Lee as an actor in horror films and playing larger than life characters of iconic stature. Few may know of his musical talents…

Like many before him, Christopher Lee became an actor almost by chance. On leaving school he took a job as an office clerk. When World War Two broke out in 1939 he volunteered to fight for the Finnish Army for a few weeks. On returning home he took another clerk’s job with Beecham’s and, when the company moved from London, Lee joined the Home Guard. When his soldier-father died of pneumonia in 1941, he did not wish to join the Army so signed up for the RAF. Later on, because he suffered from poor vision, he was transferred to RAF Intelligence and ultimately worked in Special Forces. Back in London in 1946 he happened to be lunching with his cousin Nicolò Carandini, the Italian Ambassador to Britain, who suggested Lee try acting. After that his fate was sealed.

An introduction by Carandini to his friend, the film producer Filippo del Giudice, saw Lee being offered a seven-year contract with the Rank Organisation. His first ten years in the movies were in bit parts and as ‘stock’ characters. His big break came in 1957 in the Hammer film The Curse of Frankenstein which began the revival in horror films. This led to other such movies including Dracula (1958) and several sequels and other Hammer productions such as The Mummy, Rasputin the Mad Monk, The Hound of the Baskervilles, The Devil Rides Out and To the Devil a Daughter. 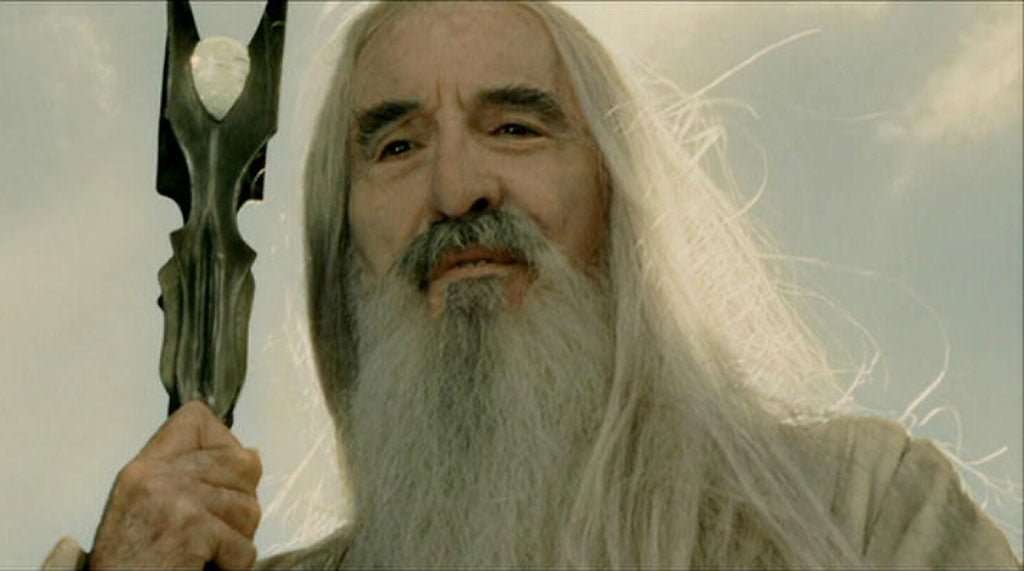 In later films Lee played Fu Manchu, Jekyll and Hyde (in I, Monster), Mycroft in The Private Life of Sherlock Holmes and Holmes himself in Sherlock Holmes and the Deadly Necklace. One of Lee’s favourites was The Wicker Man (1973) which became a cult movie. He was turned down to appear in the title role for the first James Bond film, Dr No, but did eventually play a Bond villain, Scaramanga in The Man With the Golden Gun (Roger Moore as 007). In all Lee appeared in over 200 films, right up to the later Star Wars prequels and the recent three-part film of The Hobbit (2014). He was also in umpteen television programmes from 1955 to 2008 and contributed to many videogames including The Lord of the Rings.

Aspects of Lee’s career that have perhaps been overlooked are his musical contributions. An imposing figure of six-foot five (one producer reckoned he was too tall to be an actor) Lee also had a deep and rich operatic bass voice (he once did a duet with Jussi Björling at a party), which he put to good use in his acting and at times in some musical performances. He sang ‘The Tinker of Rye’ on the soundtrack for The Wicker Man and also sang over the credits of Funny Man, a horror film from 1994. In The Return of Captain Invincible (1983) Lee played the evil Mr Midnight opposite Alan Arkin’s title character and he got to sing and dance too in this Australian alleged rock-musical comedy. The song was ‘Name your poison’ by Rocky Horror author Richard O’Brien. 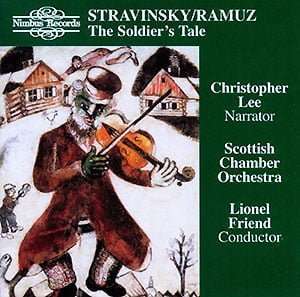 Away from films Lee contributed to several recordings, such as the 1970s’ concept album The King of Elfland’s Daughter by former members of Steeleye Span, alongside Mary Hopkin, Chris Farlowe, P. P. Arnold, Frankie Miller, Alexis Korner and Derek Brimstone. Rhapsody of Fire is an Italian symphonic-power metal band, Lee singing a duet ‘The Magic of the Wizard’s Dream’ with Fabio Leone. He also narrated on four of the band’s other albums and played The Wizard King on the EP of The Cold Embrace of Fear. Other music work included in 2010 the revised version of Manowar’s Battle Hymn album, replacing Orson Welles who had voiced the original. In that same year he also produced his own concept album Charlemagne: By the Sword and the Cross, about the first Holy Roman Emperor, with music by Marco Sabiu. A sequel Charlemagne: The Omens of Death followed in 2013.

When Bizet met heavy metal, the outcome was Lee singing a version of the ‘Toreador’s Song’ from Carmen for the band Inner Terrestrials, which also featured on Lee’s 2007 album Revelation. Heavy metal also met yuletide in A Heavy Metal Christmas, an EP of covers of famous Christmas songs in 2012, followed a year later by Heavy Metal Christmas Too including the song ‘Jingle hell’. When the latter hit the Billboard charts, Lee became the oldest living performer to enter the charts – at the age of 91. To mark his 92nd-birthday in 2014 he released Metal Knight containing versions of ‘My Way’, ‘The Impossible Dream’ and ‘I, Quixote’ from Man of La Mancha (Lee reckoned Don Quixote was “the most metal fictional character that I know”). His final Christmas release was Darkest Carols, Faithful Sing including a fun version of ‘Hark, the herald angels sing’. His work with heavy-metal bands earned him the Spirit of Metal Award at the 2010 Metal Hammer Golden God Award ceremony.

Lee also made guest appearances on recordings of Stravinsky’s The Soldier’s Tale, with the Scottish Chamber Orchestra conducted by Lionel Friend (1986) and in Prokofiev’s Peter and the Wolf with the English String Orchestra (augmented) under Yehudi Menuhin (1989), both for Nimbus Records.

In his seventy-year career Sir Christopher Lee must have been one of the most hardworking actors in film history. He leaves a legacy of movies, television series and musical contributions that are second to none – and yet it all happened by accident. Had he not had lunch with his cousin in 1946 he might have remained an office-clerk pushing a pen. Instead he became one of the most iconic film stars, swapping his pen for a stake through the heart!