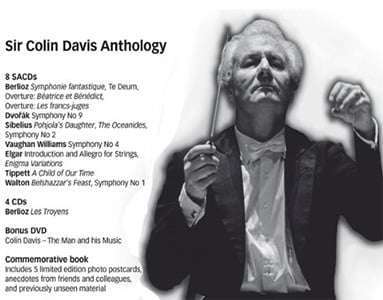 
Recorded at concerts in the Barbican Hall, London

Some things stay in the memory, not only for what happened, but also the time and place, and retain a very particular feeling, here one of sadness. Such it was on the early evening of Sunday 14 April 2013, seated at my desk, reading emails, when one from the LSO dropped into the inbox. For a moment, one froze, the message didn’t need to be read, for the subject was Sir Colin Davis; the exact words may not have been known, but the communication surely brought the worse news. It did, and read thus:

“It is with deep sadness that the LSO announces the death of its esteemed President, Sir Colin Davis. Sir Colin first conducted the LSO in 1959 and became Principal Conductor in 1995. He was the longest serving Principal Conductor in the LSO’s history and has been at the head of the LSO family for many years. His musicianship and his humanity have been cherished by musicians and audiences alike. Sir Colin’s role in British musical life was immense. Alongside his commitment to the LSO, he forged special relationships with the Royal Opera House, the BBCSO, and the English Chamber Orchestra, as well as mentoring many young performers and conductors at the Royal Academy of Music and the Guildhall School. He was internationally renowned for his interpretations of Mozart, Sibelius and Berlioz, and music lovers across the world have been inspired by his performances and recordings. Sir Colin passed away after illness on Sunday evening, 14th April, at the age of 85. He will be remembered with huge affection and admiration by the LSO and our thoughts are with his family at this time.” 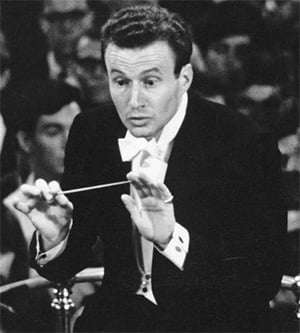 It was the end of an era, the passing of a great musician, and – from personal experience when interviewing him – a friendly man, witty and deeply serious, wise, yet with a twinkle-in-the-eye enthusiasm for whatever he was speaking about. Colin Davis was once described as “modest and unassuming”, a portrayal that always seemed pertinent.

This Anthology set, launched by LSO Live (as its one-hundredth release) on 6 May 2014, collects a selection of Sir Colin Davis’s recordings made for the Orchestra’s in-house label in its Barbican Centre base. Most are reissues, and a passing thought is that many collectors will already have them and may not wish to invest in this release because of the duplication, not even for the new material, the biggies being Berlioz’s Te Deum and Vaughan Williams’s Symphony No.4. That said, the set is beautifully produced, exhaustively annotated, and makes both a handsome gift and a touching memorial on its own terms. No doubt downloadable options are available.

Standing out is Sibelius’s marvellous Pohjola’s Daughter, altogether special in this reading, full of particular and potent atmosphere, a beguiling sense of rhythm and lyricism, a flare-up (from 8’06”) that is beyond reproach in its drive and clarity and, above all, Davis’s eloquent understanding and appreciation of this masterpiece. But then, this can be said of just about everything here, for Davis never imposed on music. Rather he loved it and had an instinct for it that listeners appreciated as being natural and, however intensely studied and rigorously prepared, coming from a genuine soul. Similarly, Sibelius’s Second Symphony glows with the composer’s best intentions, and following The Oceanides, revealing the mysteries of the deep and with wonderment innately brought out, such are blasted aside by Vaughan Williams’s turbulent Fourth Symphony, music full of anger and icy consolation. The VW is new to the catalogue, Davis’s third concert performance on CD (following ones from Boston and Bavarian Radio), not the most visceral account, but full of the right intent and unconditional devotion; something that always informed Colin Davis’s conducting.

Elgar’s Enigma Variations is magnetic in its detailing and character-tracing, and there is also a tangy Introduction and Allegro (for strings). Walton’s Belshazzar’s Feast is colourful and dramatic, vivid and driven, yet curiously lacking that last degree of brazen splendour, although the same composer’s mighty First Symphony is alive and dynamic. Michael Tippett’s A Child of Our Time aches with humanity, this music of drama and compassion with its Bach and Handel templates and Tippett’s genius and moving use of Spirituals.

Also included is a warmly inviting Dvořák ‘New World’ Symphony, maybe not quite as wholly engaging as Davis’s earlier Amsterdam version (Philips), although the famous Largo is most expressive, and a fourth (official) taping of Berlioz’s Symphonie fantastique, demonstrating Sir Colin’s life-long abandon with his beloved Hector. For these two recordings, the original engineer, Tony Faulkner, has provided a “re-edit” for SACD. Overtures in the form of Les francs-juges (evocative and surging) and to Béatrice et Bénédict (affectionate) are included and it’s good to find that Davis’s stirring conducting (from February 2009) of Berlioz’s Te Deum is finally issued, such a tuneful and inspiring setting. That just leaves the 4 CDs, a great account of a great opera, Berlioz’s Les Troyens (The Trojans). 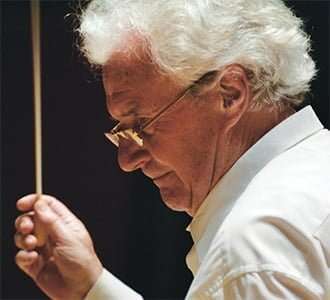 Much effort has gone into the commemorative book, “The Man Behind the Music”, part of this release, a publication including some great photos, interesting information and statistics, and not least a 60-minute DVD that includes Sir Colin giving conducting masterclasses, talking about knitting, rehearsal sequences, him speaking, and with contributions from Simon Rattle, Roger Wright, David Attenborough, Andrew Marriner, Nicholas Kenyon and others. It’s a well-made film (by Reiner Moritz) and completes a tribute to a man and musician who, in London – and not forgetting Boston, Dresden. Munich and New York – who made many friends (whether known to him or not) for always happily being around (through appointments to the BBC Symphony Orchestra, Royal Opera House and London Symphony Orchestra) and whose passing registered very poignantly with music-lovers, and continues to do so. Colin Davis had a passion for music, and the ability to ‘do it’ at the highest level, with charm, fervour, and sometimes a temper; let’s think of this Anthology as a Celebration.