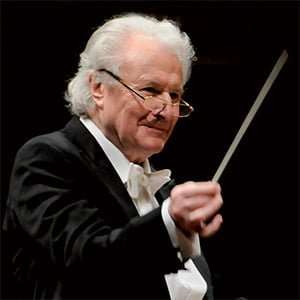 The passing of Sir Colin Davis CH, CBE on Sunday 14 April 2013 at the age of 85 was a very sad loss for his family and friends, but also for countless concert-goers, record collectors, and especially to many, many professional colleagues who thought the world of him. A lot of different characters and personalities come to conduct on concert platforms and to work in recording studios, but in my experience relatively few come with the guarantee of inspired quality of Sir Colin Davis. Sir Colin went well beyond being a great musician with a fine sense of balancing an orchestra and grading dynamics and tempos – he was also a gentleman with integrity and with respect for others. In a time when some high-flying maestros go from orchestra to orchestra with an “if it’s Tuesday it must be Turangalîla” attitude, Sir Colin never was less than fully prepared and ready to work with and to listen to colleagues. 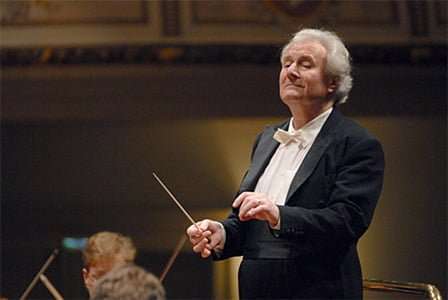 Sir Colin Davis’s biographical details have been covered in great detail elsewhere so I shall simply summarise. He was born in Weybridge, Surrey in September 1927, studied as a clarinettist, but he was destined to be a conductor including with the BBC Symphony Orchestra and at Bavarian Radio, at Royal Opera as music director, and around the world, not least Dresden, New York and Boston, and finally doing much of his greatest work during his many years with the London Symphony Orchestra.

Over a period longer than twenty years I had the privilege to work with Sir Colin recording a wide range of works including those of Bach, Berlioz, Bruch, Bruckner, Dvořák, Elgar, Holst, Janáček, Mozart, Schumann, Sibelius, Stravinsky and Tippett, with the London Symphony Orchestra, English Chamber Orchestra and also with the National Youth Orchestra of Great Britain.

Sir Colin made my work as recording engineer a joy because he shunned the fashion of recording with a lot of control-room interventions of knob-twiddling and recording short takes to be rearranged by others later in a back-room into a new artificial experience little to do with live music-making. For example the RCA 1992 LSO Sibelius Fifth Symphony was recorded very simply with few microphones and the final movement was one take with no edits except one covering the die-away of the final chord because there had been a very loud distracting lorry passing Watford Town Hall at an inopportune time. For Sir Colin, his recordings had to recreate the atmosphere and continuity of one of his concerts. During the recording of Sibelius 5 Sir Colin spoke to me privately to say he hoped I would not be offended if he told me it reminded him of listening to old recordings on his father’s record-player – I was anything but offended.

Although we have lost Sir Colin, many music-lovers and his professional colleagues have very fond memories and a respect which will never leave us. His approach to recording defines that they retain the personality and integrity of his approach.

A great start is to listen to his LSO Live Berlioz Symphonie fantastique, and especially to his RCA recording of Sibelius 7, also LSO – and to listen uninterrupted and without distraction to the latter as an entity. The LSO Live recordings of Berlioz, especially Romeo and Juliet, Beatrice and Benedict, and The Damnation of Faust, also Elgar’s symphonies, are wonderfully characterised and impressive, in which you can sense the interaction of an enthused audience.