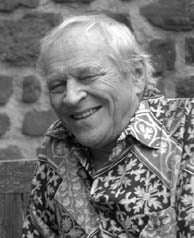 On Saturday, 6 February 2010, at The Stables at Wavendon, the home of musicians Sir John Dankworth and Dame Cleo Laine, a concert was staged to celebrate the theatre’s fortieth anniversary. Sadly, at the end of the concert Dame Cleo had to announce that Sir John had died earlier that day. He had worked hard for the event, even though he was in poor health, and his wife felt that the show just had to go on – and it did, as it will still go on, for Sir John Dankworth has left an indelible mark on the jazz music of Great Britain and the rest of the world. He will not be forgotten.

I first became aware of John Dankworth in 1957, on a jukebox in a café in the East Norfolk seaside resort of Mundesley. I was on holiday with the family of a school-friend and, in the mid-1950s, there was very little to do in this quiet village for a couple of teenagers, apart from going to the beach and walking in the surrounding countryside. However, there was a seaside café which had a jukebox. The only two discs on the playlist in that Mundesley café that I can remember now were Last Train to San Fernando by Johnny Duncan (and the Bluegrass Boys), an American-born performer who found success in the UK at the height of the skiffle craze; and the other track was Experiments with Mice by the then recently formed Johnny Dankworth Big Band comprising five trumpets, five trombones, just three saxophones and a rhythm section. Experiments with Mice was the musician’s first hit single, a send-up of various big-band jazz-styles of the day, comprising variations on the nursery song Three Blind Mice. The Dankworth Band had another hit-single chart success with Galt MacDermot’s African Waltz in 1960.

Since those days John Dankworth seems to have been a constant part of my life and of that of many others in one way or another. We have seen him performing live or listened to hundreds of recordings with his band, with or without his wife, Cleo Laine, to whom he was married for over fifty years. We have listened to his own music for he was a prodigious arranger and a prolific theatre composer of such works as Boots and Strawberry Jam, a show about George Bernard Shaw, and Colette, his musical on the life of the French writer which he wrote for Cleo. My favourite is Jazz Calendar, a jazz dance suite written for the Royal Ballet. We have enjoyed the soundtrack music he wrote for many celebrated films by Karel Reisz, Joseph Losey, John Schlesinger, Peter Hall, and Richard Attenborough, a strand in his career that began with Reisz’s Free Cinema documentary We Are the Lambeth Boys in 1958, continuing with The Criminal, Saturday Night and Sunday Morning, The Servant, Darling, Morgan: A Suitable Case for Treatment, Modesty Blaise and Perfect Friday among others, and finishing in 2000 with Paul McGuigan’s Gangster No.1, a total of some two-dozen or so films in all. 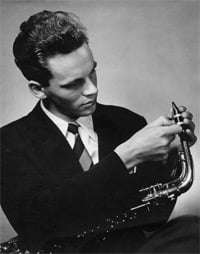 Dankworth also provided the original theme for the television series The Avengers, used for the first three years of its life, when Ian Hendry was the star and when it was still studio-based, before it went onto film and the stories became more fanciful, before Patrick Macnee assumed the leading role and Laurie Johnson provided the now more-well-known signature tune. Compared to Johnson’s big, up-tempo theme, Dankworth’s original was a quiet jazz riff more in keeping with the then low-key spy adventures that were the essence of the original series of The Avengers. Dankworth also composed for the concert-hall such pieces as The Zodiac Variations, plus settings of quotations from the Bard in Shakespeare and All That Jazz, which Cleo recorded and which they performed at the BBC Proms a couple of years ago, What the Dickens!, featuring musical representations of the great author’s most famous characters, and more recently a jazz violin concerto for Christian Garrick and the Nottingham Youth Orchestra. He also introduced crossover concerts with such orchestras as the London Philharmonic and in 1985 began the LSO Summer Pops at the Barbican. He did the same in the US for the San Francisco Symphony and the Rochester Philharmonic.

John Dankworth was making records way back in the early days when he was still a student at the Royal Academy of Music, formally studying the clarinet, a rarity for a jazz musician. He preferred the alto-saxophone (to which he returned later on) but didn’t think the RAM would take kindly to the serious study of the instrument. He made his first recording with Freddie Mirfield and his Garbage Men in 1944 playing clarinet on Good Old Wagon Blues and (Who’s Wonderful?, Who’s Marvellous?) Miss Annabelle Lee. He made more recordings throughout the 1940s, culminating in the first recording by his own band, the Johnny Dankworth Quartet in 1949, a concert from Club Eleven at Mac’s Rehearsal Rooms in Great Windmill Street in London’s Soho. The name arose from the fact that eleven jazz musicians founded it. From the 1940s through to the 1960s and 1970s Dankworth’s groups employed the cream of British jazz musicians including Ronnie Scott, Jack Parnell, Steve Race, Don Rendell, Bill Le Sage, Tony Kinsey, Kenny Baker, Don Lusher, Tito Burns, Johnny Hawksworth, Allan Ganley, Bill McGuffie, Bert Weedon, Eric Delaney, Dave Lee, Tommy Whittle and many others.

By 1951 Cleo Laine had joined the band and she married John in 1958. Both their children are high-profile musicians, Alec a noted bass player and Jacqui an exceptional jazz and blues singer who resembles her mother more as every day passes. So in fact it’s a Dankworth dynasty and Sir John was really in at the beginning of jazz being taken seriously in Britain. He and Dame Cleo have between them done more for British jazz to be accepted here and around the world than any other performers you care to mention. They couldn’t be better musical ambassadors and between them have worked with absolutely everybody in the business from Duke Ellington, Louis Armstrong, Sidney Bechet, Charlie Parker, Nat ‘King’ Cole, Lionel Hampton, Ella Fitzgerald, Sophie Tucker and Sarah Vaughan to George Shearing, Benny Goodman, Herbie Hancock, Dudley Moore, Julian Lloyd Webber, Vladimir Ashkenazy, Oscar Peterson and Jools Holland. Many of these artists have worked at the Dankworths’ own performance space, The Stables at Wavendon, the theatre in the back garden of their home in Buckinghamshire, where they also run educational courses for young jazz musicians, the Wavendon Allmusic Plan which holds summer schools there.

Born in East London in 1927, John Dankworth was at the forefront of British jazz for over sixty years and, although Cleo, Alec and Jacqui will carry on that tradition, there will never ever be another musician who has achieved so much in his chosen field. As long ago as 1949 John was nominated Musician of the Year and in the intervening six decades or more he continued to play the best jazz and to promote it in every possible way he could. He received countless awards, was knighted in the New Year’s Honours in 2006 and worked almost right to the end. After touring the USA with Cleo last October (2009) he fell ill. He was admitted to the King Edward VII Hospital on 10 November but was still able to attend a London Jazz Festival concert with Cleo and the rest of his family at the Royal Festival Hall in December where he played his saxophone from a wheelchair. His final performance was in The Stables at Wavendon on 17 December for John and Cleo’s Christmas Show. British jazz will never be the same again but his legacy survives and the show will still go on.