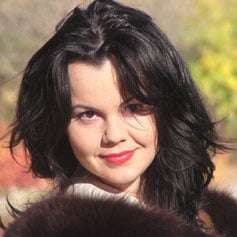 For any singer who has been attached to one opera house for as long as six years, the decision to cast yourself adrift and become a freelance represents a fateful moment in one’s career. In the case of Aleksandra Kurzak that point was reached earlier this year, but any sense of taking a risk was undercut by special factors. The choice that she was making was one enabling her to take up offers that were already coming her way. They were not only from the Salzburg Festival and the Bavarian State Opera but also from the Metropolitan and from The Royal Opera, Covent Garden where no less than four major roles, including that of Susanna in Le nozze di Figaro later this season, await her following her appearance as Adina in Donizetti’s L’elisir d’amore.

This is a production carrying more than the usual sense of anticipation: that’s because the director (and costume designer) is Laurent Pelly whose last excursion into Donizetti at this house, last season’s Le fille du Régiment, was a smash hit and because it brings back as conductor Mikko Franck whose debut here with Tosca confirmed that he is a young man of quite exceptional talent.

To have such a future mapped out is remarkable for a singer who graduated from music school as recently as 2000, but everything about Aleksandra’s career has been unusual, including the fact that despite a fascination with opera from an early age her first ambition was not to be a singer but a violinist. “I started to play the violin when I was seven and that continued for twelve years. Both my parents were musicians and my father played the French horn in the orchestra at Breslau. That meant that I grew up in the opera house. I loved to be there and, after doing my homework and playing the violin, that’s where I would go. I loved to watch, to see what they were doing, and I used to play on the stage with the performers during the break. My mother was herself a singer so, looking back, it’s obvious that I had to sing, but what I really wanted then was to play the violin and to sing too. In time, of course, it became clear to me that if you want to make a career as a solo violinist you have to practice for at least five or six hours a day. Consequently it’s impossible to manage both things together. But it was only when I was nineteen that I really faced that by saying ‘you know, mom, I think I would like to sing’. She at once became my teacher. I started lessons just one month before I was due to take my entrance examination for the music school and it was thanks to those lessons that I passed the exam gaining a First on the list. Whatever I can do, I owe to my mother.”

Aleksandra’s progress from that point on was remarkable. First came successes in competitions, 2000 being the key year. In January she was a prize-winner in an international event in Barcelona and then in the summer she took part in the Plácido Domingo competition, Operalia. “I didn’t get any prize there, but it was the most important competition for me because people heard me and started to become aware of me.” Key in another way had been the very first of these major competitions, one that she had entered in Poland in 1998. It was there that Aleksandra met her future singing teacher from the music school in Hamburg, someone who would draw her attention to a vacancy in the opera studio of the Hamburg State Opera. “Out of politeness I expressed an interest despite being well settled in Poland – that was because she was keen for me to do it and because I was sure that I would not get the place anyway. But then I found that they wanted me.” Thus it was that following on from the competitions of 2000 Aleksandra found herself at the Hamburgische Staatsoper. Two years there in what was in effect the Young Artists programme led to four years as a member of the ensemble.

“As young artists we had to sing small parts but with opportunities to cover other roles and a chance to advance, to jump to other things. My first small role was as Kate Pinkerton in Madama Butterfly but then I jumped indeed by being asked to sing Gilda in Rigoletto. I had a real success with that so they offered me the Queen of the Night. By my second year they were enthusiastic enough to map out important roles for me, roles which proved to be the right ones since they suited my voice. Continuing to work there was a wonderful opportunity to develop my repertoire in German and Italian – and in French too, because I did La fille du Régiment.” 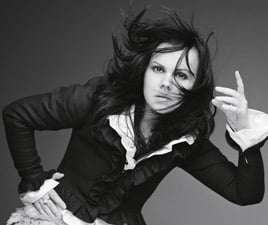 Her years in Hamburg did indeed create an impressive repertoire for her incorporating Strauss J. as well as Strauss R. and extending in time from Handel (Giulio Cesare) to Thomas Adès (Powder Her Face). During this period she would make her debut at the Met (Les contes d’Hoffmann in 2004) and at Covent Garden (Mozart’s Mitridate in 2005 which would be followed a year later by Don Pasquale). As for favourites, Aleksandra divides her loves between what is suited to her voice now and roles that she would like to take on in the future should her voice develop appropriately. “For the moment it’s bel canto. I love to sing Mozart: his music is balsam for the voice and good for technique. But who can say if eventually my voice will become such as to enable me to play the big soprano roles in the operas of Verdi and Puccini? Nabucco, Ballo in Maschera, Trovatore, Aïda and Tosca are all works that I love. Nevertheless, I’m happy with the roles that I can perform now, and I’m so grateful to have this opportunity to sing here. There’s such wonderful music in L’elisir d’amore, as indeed there is in Don Pasquale.”

Her participation in all three of Donizetti’s celebrated lighter works (the serious Lucia di Lammermoor is also on her list to do) makes it appropriate to talk to Aleksandra about the differences between L’elisir d’amore and its companion pieces. “Both La fille du Régiment and Don Pasquale are a huge pleasure to do, very light and lots of fun, although the experience can depend in part on what the director wants you to do. In Hamburg where I appeared in ‘La fille’ it was a very modern production with the director using the soldiers to evoke comparisons with the American military post-9/11. But the second part of it brought out the comedy, especially in the scenes of the singing- and dancing-lessons where I was able to change my voice to sound really ugly and awful: the audience were laughing so much that it stopped the performance. But, although there’s comedy in ‘L’elisir’ too, feelings play a much more important part, and I find that it’s more lyric. Despite the fact that my character, Adina, comes to recognise her love for Nemorino, it’s not a conventional love story. We never have a love duet where we look in each other’s eyes and say we love one another. Our director, Laurent Pelly, said to us that it’s more like two children who, having grown up together fighting regularly, have formed some kind of bond out of that connection although Adina has to feel jealousy before she comes to realise that she really loves him. It’s just the kind of role that I love to play because, unlike, say, the Queen of the Night, where you come on and stand on a small bit of the stage, sing and then retire, this is a role that you can play as an actor would: I’ve had such fun rehearsing it and I think that people will be really pleased and happy with this production: it’s so beautiful how they are doing it.”

There is a major contrast other then a stylistic one between Aleksandra’s roles in The Magic Flute and in this Donizetti piece. The Mozart is notorious for making instant demands on the singer appearing as the Queen of the Night, whereas Adina’s show-stopping aria comes near the close of the work. Does this make it easier or harder? “Both are really hard actually. With the Mozart there’s no time to warm up your voice, but if you can mange the high notes it should work, although it requires unbelievable concentration and preparation. With the Donizetti, it’s a case of knowing how to have sufficient power for the whole evening. You have to be careful not to give too much too soon, and to rest whenever you can. Also, with a work like this that doesn’t have the big orchestral sound of Wagner or Strauss, you are fully aware of being soloists with accompaniment rather than sensing the support of the orchestra. You feel alone and you’re aware that you have to charm the audience, to interest them just with your voice and the beautiful line that the composer has given you. That makes you feel a bit naked and, because it’s comedy with a lot of rubato, everything has to be precise and together. It has to appear very funny and light and to create that impression you have to hide all the concentration that is involved. But, despite the problems, this is the kind of role where with the rest of the company you can really have fun. When I have fun like that my hope is to convey it to the audience, to make them as happy as I am.”