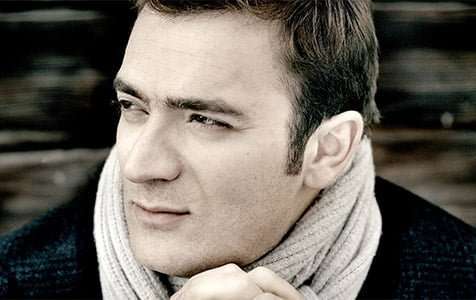 The Wigmore Hall’s Fauré Project was originally to have been three recitals, with performances of all ten major chamber works, but at the second concert it was announced that a member of Quatuor Ebène was ill, and that the third concert had been cancelled. This was a particular disappointment, since I’d been looking forward especially to hearing the two wonderful piano quintets, which don’t get programmed that often.

I came to Fauré’s chamber music by way of recordings, of which there are many, including those on Virgin Classics by the Fauré Project artists. One result of that is hearing these works live can be a bit of a shock, the carefully worked out checks and balances of the recording studio often in marked contrast to less regulated reality (although that is not the case on the Virgin set). Moreover, though individually full of beautiful, suggestive music and Proustian elusiveness, the works don’t always enhance each other, especially the very late pieces, where Fauré’s style can get very chromatic and, for a French composer, unusually dense.

It’s also easy for Fauré’s large-scale piano writing to sound rather relentless, and on the basis of the first recital, Nicholas Angelich (a regular trio partner with the Capuçon brothers) didn’t sound completely in the Fauré groove. Playing for the Violin Sonata No.2 and the Piano Trio, he had the weight and roundness of tone (the piano being used for whole series was a beautifully voiced Bechstein), but I had the impression that his approach was efficient and generic, rather than idiomatic. 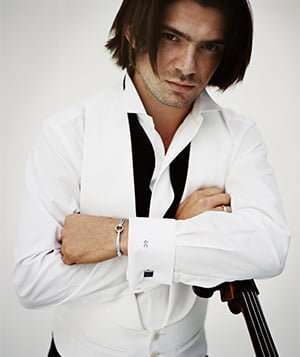 Angelich overplayed the syncopated emphasis that gets that violin sonata in gear and rather shackled Renaud Capuçon’s elegantly expressive, subtly inflected volatility. With the more relaxed third movement, Angelich’s assertiveness had mellowed, yet, for all Capuçon’s characteristically restrained blend of tenderness and strength, the performance didn’t get to the heart of this oblique (even by late-Fauré standards) and dark work. In the Piano Trio, the Andantino middle movement was the most idiomatic in terms of material shifting in and out of focus, and the piano sounded more integrated, so that the Capuçon brothers, cool Renaud and more romantic Gautier, had more space for their poetic dialogue. Gautier was superb in the First Cello Sonata, capturing its bleak, dramatic range in playing of great expressive power. The pianist was Michel Dalberto, as he was again for the early First Piano Quartet, generating an airy, rhythmic buoyancy that suited the work’s rhapsodic spaciousness like a glove, the sparkling scherzo a reminder of Saint-Saëns’s benign influence on the younger (by ten years) Fauré.

Any misgivings I may have had about Angelich in the first concert were easily dismissed in the second. The Second Cello Sonata bristled with vitality and had that recognisable hit of French sensibility that hovers on the brink of sensuality. He and Gautier Capuçon seemed to be feeding each other their lines in a magnificently dovetailed performance of the first movement, and the cello’s role in the lament-like slow movement was fiercely eloquent and inside the music. Renaud Capuçon and Michel Dalberto gave the rhapsodic First Violin Sonata its head in the high-voltage first movement with playing of great breadth and freedom, and were even more persuasive in the serene slow one.

Angelich was back, with viola-player Gérard Caussé completing the group, for the brooding Second Piano Quartet. Caussé was a rock-like anchor in some truly symphonic effects evoked by Angelich in the surging piano part, and he obviously relished the quirky syncopations of the scherzo, through which the string-players flitted with dazzlingly precise ensemble. Their playing in the Adagio summed up Fauré’s inimitable style of reverie, intimacy and melancholy with great refinement. The sort of playing that left you gagging for more…