As the celebrated British baritone returns once more to Covent Garden, this time for Così fan tutte, Mansel Stimpson talks to him… 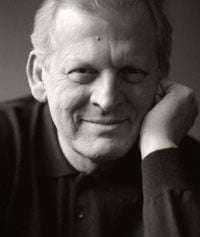 Given his illustrious career, it is entirely appropriate that Sir Thomas Allen should feature on a website for his birthplace, Seaham Harbour in Durham, as a ‘local hero’. As it happens he has not seen it, but when I mention its existence and its reference to the physics teacher at his grammar school, Dennis Weatherley, who coached him in singing, his memories are immediately awakened. “He was much more than that,” he tells me. “I hate the term ‘Renaissance Man’ – and I’m sure that he would have too – but, although he taught science and had done scientific research in London during the war, he had a wider horizon. It went far beyond that. I saw him singing in operas and in oratorio and he was a truly cultured man. He taught me a little about Goethe, about Lieder, about symphonic music and all kinds of other things as well as becoming my voice coach. He pointed the way.”

For Sir Thomas that way soon led to London and to the Royal College of Music. “Not wanting to leave the bosom of our close-knit family, I took a long time to settle down – but eventually I did, and it was definitely the correct thing to do because it put me in the right environment. I’m not really a city person though, and the North remains very strong for me: I find it a big attraction.” Another huge attraction is the opera house: “I enjoy being on stage enormously; it’s an element in which I thrive like a fish in water. Nevertheless, I got involved in it unexpectedly. I’d never studied opera and saw my life initially as being that of a recitalist and an oratorio singer, but it became more and more obvious in the late sixties and early seventies that you could no longer make a living visiting music clubs and choral societies up and down the country because they were disappearing. So I looked for another option, and that took me to the Welsh National Opera where they gave me some understudying to do and then a contract. I went on from there. It was really a question of learning stage techniques and acting from observing my colleagues, but I now recognise that if I hadn’t gone into opera it would have left a whole part of me untapped.”

As he looks back now on his work in the opera house, Sir Thomas unhesitatingly picks out some key moments. “My first Billy Budd in Cardiff with James Lockhart and Michael Geliot put me on the map and later on my first Don Giovanni in Peter Hall’s 1977 production at Glyndebourne conducted by Bernard Haitink was a big step forward. Undoubtedly another landmark was the Count here at Covent Garden when Karl Böhm came to conduct for the first time since the war. There have also been other notable occasions since, many of them in this house. Beckmesser in Die Meistersinger was a case in point. I have never tried to map out my career and consequently it’s been full of surprises. I’d never thought of doing Beckmesser but coincidentally two people said that I should definitely take a look at it. Taking on that part became something of a turning point. It’s not that I hadn’t always thought carefully about the characters I played – who they really are and why they do what they do – but the role of Beckmesser really developed during my time here and recognising that made me take it to a new level: a stronger and stronger appreciation of the need to concentrate on character.”

These reminiscences of the past bring us to the present since another key role mentioned by Sir Thomas is that of Don Alfonso, the cynical manipulator in Mozart’s Così fan tutte who sets out to prove a point. Guglielmo and Ferrando are engaged respectively to Fiordiligi and to her sister Dorabella but Don Alfonso asserts that all women are too fickle to be trusted and devises a test to prove it in this case. “Among all the roles I’ve done this is the one that has somehow kept the bandwagon rolling, as it were. This revival is of Jonathan Miller’s 1995 production in which I appeared and since then it’s been my visiting card in many opera houses and on many occasions.” (On this occasion, Sir Colin Davis is the conductor.)

Ironically, Così fan tutte was an opera that did not particularly attract young Thomas Allen when he paid visits to the Sunderland Empire and, indeed, it was some time before he changed his mind about it. “As a naïve young singer I used to think it was rather facile, but I’ve now come to the point in my life where I think it’s the most extraordinary piece, not least because of the insight that the librettist Da Ponte had into the human psyche which was so far ahead of its time. As human beings we haven’t changed: our thinking, our emotions and our psyches remain the same. What has changed, however, is the zeitgeist. Only thirty or forty years ago we would do ‘Così’ with a happy ending showing the lovers gladly reunited in their original pairings after each man in disguise has seduced the other’s fiancée. In those days we treated the text terribly literally and ignored the in-built ironies. There seemed then to be a need to think of the piece in terms of Dresden or Meissen figurines and all the characters were seen as having a sort of idyllic bucolic life. But in truth it isn’t like that: there’s great bitterness here with swathes of emotional stuff going on, and to deny that at the end would be folly.”

In backing this view, one now shared by many others, Sir Thomas points to the contrast between Dorabella with her flightiness and Fiordiligi whose feelings are much deeper. First he quotes in evidence Fiordiligi’s aria ‘Per pieta’ in which her newly discovered feelings for the disguised Ferrando cause her anguish because it amounts to a betrayal of her fiancé Guglielmo. Next he refers to the deep sentiment expressed in the subsequent duet between Fiordiligi and Ferrando. In addition to that he suggests that the music used at the close when everybody outwardly looks on the bright side is deliberately banal to hint at the falsification involved. “You really need to set aside six months to study this opera because there’s so much more depth and detail in it than is often recognised. My own view of Don Alfonso is not that he’s the wise seigneur but a vengeful man who has probably been involved with his maid and accomplice Despina, a relationship that resulted in a bitterness that still rankles. Accordingly when he claims that no woman is to be trusted he is subconsciously shifting the blame rather than facing up to his own failure and guilt. Funnily enough, that’s also what is brought out in Guglielmo’s aria in which he blusters about all women being like that to cover up the fact that he has behaved badly.

“The fact is that at whatever stage of life you may be this opera is always going to have something to say to you. The fidelity issue is something very close the surface, but there’s so much else: questions of privilege, of manipulation, of that attitude of the young that refuses to believe that an old man has got anything to tell them about life that they don’t know already. And when it comes to Fiordiligi and Ferrando reverting to their former partners, that confirms just how much the piece has to say about behavioural expectation and how it affects us. Even thirty years ago many people unhappily married would say ‘I have to live with this’. Today we say: ‘If you are in a marriage that isn’t working, get out if it’ and all of that is part of the reason why our view of ‘Così’ has changed. It suits a modern-period production because although written so long ago it is nevertheless a work for our time and therein lies its genius.”

Turning to the future, Sir Thomas, who has also been directing operas since 2003, declares that he would like to continue with this as well as with singing. That’s not easy, however, given his performing schedule which includes not only two more appearances at Covent Garden next season (in Ariadne auf Naxos and The Magic Flute) but his forthcoming debut as Gianni Schicchi in Los Angeles. The latter is to be directed by Woody Allen (“I don’t know how he’s come to do this but he’s a genius in his own field so I’m obviously looking forward to it”). There’s more directing, too (The Barber of Seville for Scottish opera in November) as well as his involvement with what was set up as the Samling Foundation and which exists to assist singers and also to draw in young people so as to get them involved with opera at such places as The Sage Gateshead. Sir Thomas Allen could not be more passionate about this. “It’s all about breaking down this myth that what we do is exclusive and only for a particular section of society. That’s totally false: what we are trying to say is that you can play football during the day and enjoy the opera in the evening. I’ve worked with pretty underprivileged children in Yorkshire and the North-East and seen how they respond to bits of opera. I’ve performed things without saying what they were – even a bit of Billy Budd for heaven’s sake – and they’ve absolutely loved it. But there’s so much dumbing-down now and it’s vital that we don’t stick classical music in ivory towers and behind Corinthian portals. But I think that we’ve got to work to get that across. If we don’t then those who fear for the future of music may be proved right. We need figureheads for the young, people who can say ‘look I love this stuff and there’s no reason why you can’t too’.”