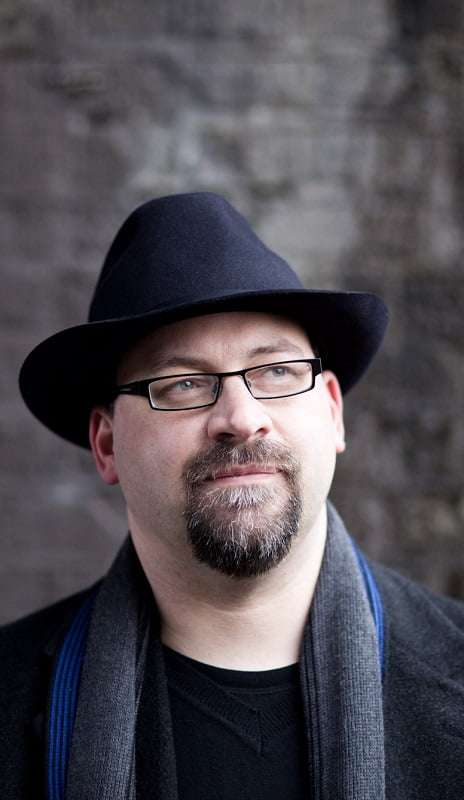 Kenneth Woods has re-energised the English Symphony Orchestra to a point where it is one of the finest orchestras in England. Evidence of his superior planning and execution of concerts is the arrival here of Stephen Bryant, the esteemed leader of the BBC Symphony Orchestra, as guest. It was held on Sunday 7 October 2018 at Hereford Shirehall, a splendid venue.

The ESO is a factory for new music with commissions now appearing frequently; an ambitious series of new symphonies is underway and the latest Artist in Association is David Matthews, a noted symphonist whose Ninth received its premiere recently after being commissioned by Woods. This programme was devised around playing-continuously Symphonies from the opposite ends of the Romantic era; the Fourth by Robert Schumann and the Seventh of Jean Sibelius. Sir Colin Davis once told me this latter work represented the driving in of the coffin nails of Romantic music.

Woods gave secure and often impassioned accounts of both. In the Schumann (the revised 1851 score) Woods’s way with the music permitted the closeness of the material to be fully established. The execution was enthusiastic for demonstrating the latent power of the various impulses that Schumann imbues so craftily and the conclusion was uplifting.

The Symphony as an art-form went through various phases in between this work and that by Sibelius, German Romanticism, typified by the thoroughness of Brahms’s mind, complimented the many-sided National Romantic movements, all contributing to the rich panoply of musical expression. Sibelius was an early adherent to this style of writing in his first two Symphonies before breaking away in the first decade of the twentieth-century from the fully emerged Mahlerian expansionism where each Symphony was to embrace everything. The climax of Sibelius’s contribution to a reformed and re-vitalised symphonic style came in 1924 with the Seventh. Here he condensed and compressed all his material into barely twenty minutes, a work of great power and glory; a fitting end to his symphonic quest for honesty and a lack of flamboyance, to which he had eluded in his remark after the premiere of his Fourth Symphony: “Nothing, absolutely nothing, of the circus about it.”

The Seventh is complex and strains our comprehension of what processes are being deployed. Many conductors fail to offer insights into the mindset of the symphonic genius. Woods had clearly done his homework and presented this mighty work in a convincing, ever evolving way. Such words fail to describe the pain and suffering contained in the music and Woods never deviated nor avoided this side to Sibelius’s musical character. The musicians were consistent in keeping their concentration, and the ever-rising turbulence, the offspring of a trombone motif, here played perfectly by Julian Turner, was both deeply effecting and also disturbing; an epoch-changing work.

This came as the climax to an exhilarating concert, begun with the Schumann, before embracing one of his close contemporaries, Liszt with his Totentanz, the pianist being the extraordinarily talented Roman Kosyakov. The demands made by the supreme pianist of his age are huge but were met with stunning virtuosity; Kosyakov dazzled with his cascade of notes and then displayed an outpouring of fireworks, and the interludes of calm were idylls of poetic feeling.

An interval was needed, and then to the altogether quieter atmosphere of ‘The Swan of Tuonela’. But it was Liszt, through his sequence of symphonic poems, who inspired the young Sibelius to change his mind over writing an opera in Wagnerian style to modifying his musical material for a set of four symphonic poems, Lemminkäinen Legends; ‘The Swan of Tuonela’ is one of these. Woods settled the ESO down superbly and we entered a hushed world of sonorous strings accompanying a lonely cor anglais solo, here played with poise by Graeme Adams. It’s an early masterpiece in the Sibelius canon and Woods’s direction allowed us to appreciate its extraordinary individuality and emotional effect.