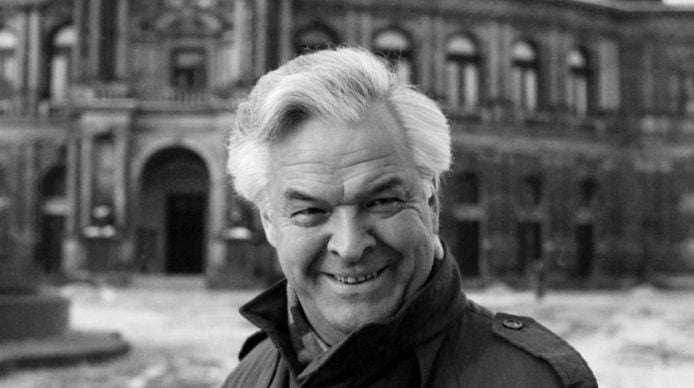 Theo (Theodore) Adam was a bass singer best known for his operatic performances in the works of Richard Wagner, but also as an accomplished oratorio participant. He was one of the most celebrated international artists to emerge from the former GDR and features on many acclaimed recordings.

He was born in Dresden and as a boy chorister sang in the Kreuzchor. After World War Two he studied singing and made his professional debut at the Dresden Semperoper as the Hermit in Weber’s Der Freischütz. By 1952 his career was beginning to flourish for he joined the roster of soloists at the Berlin Staatsoper. In the same year he made his Bayreuth Festival debut as Hermann Ortel in Die Meistersinger von Nürnberg under Hans Knappertsbusch (in a cast including Otto Edelmann, Kurt Böhme, Lisa della Casa, Ira Malaniuk and Hans Hopf). Apart from 1962 he then sang at every festival there until 1980. His roles included König Heinrich, Fasolt, Pogner, Amfortas, Hans Sachs, Der Holländer and Wotan / Der Wanderer – the latter Ring roles he shared from the mid-1960s to mid-1970s with Thomas Stewart and later Donald McIntyre. His final role there was Gurnemanz in Parsifal.

His Royal Opera debut was also in the Wotan roles under Solti in 1967, and he reprised these in the following year. Never a regular visitor his final appearances at Covent Garden were as Don Pizarro under Colin Davis in 1974. He also sang at the Metropolitan Opera in New York.

Although Wagner was the mainstay of his operatic repertoire, he also excelled at some Straussian roles such as Baron Ochs, Sir Morosus and La Roche. He was not without versatility and enterprise either for he also took part in both of Berg’s operas (Wozzeck, Lulu) and also created roles in some important contemporary works of his period, such as the title roles in Paul Dessau’s Einstein (1974) and Friedrich Cerha’s Baal. The latter opera, a treatment of Brecht’s play, caused something of a furore at its 1981 Salzburg premiere, though Adam’s portrayal of the unpleasant anarchic character was singled out not only for its supremely confident vocalism but also for its dramatic complexity – many critics assessing it as one of the most arresting of Adam’s career. He also created the role of Prospero in Berio’s Un re in ascolto (A King Listens, 1984, conducted by Lorin Maazel with the Vienna Philharmonic). He was a concert performer of note as well, particularly acclaimed for his singing of Mendelssohn’s Elijah.

Adam generally struck a majestic and imposing figure, and his singing was notable for its clarity of diction – recordings of live performances demonstrate this communicative quality well. The voice itself was large and had an edge that allowed it to cut through heavy orchestration with ease. It really needed space to sound at its best. In the studio the microphones too often caught a steely quality and a vibrato that compromised a warm bloom.

Nonetheless, there are some appreciable recordings by which to savour Adam’s artistry. Best are those that capture live performances such as his Wotan/Wanderer from late-1960s Bayreuth and his 1969 Baron Ochs from Salzburg – both with Karl Böhm conducting. Of the studio recordings his Sir Morosus in Strauss’s Die schweigsame Frau under Janowski (still the only absolutely complete version) is very fine as is his Hans Sachs under Karajan with Dresden forces. He recorded his second full Wotan in the first digital recording of Wagner’s Ring, also with Janowski, and later recorded Alberich (a role he seldom if ever performed in a staging) in a complete cycle under Haitink.

In non-operatic repertoire there is his classic Elijah (in German), conducted by Sawallisch, and his contributions to Mozart’s Requiem, under Peter Schreier, a recording that won the Gramophone Choral award in 1984.