For his first recording of Bach’s Cello Suites, Steven Isserlis has approached these wonderful works with the application of a sub-text, offering the idea that each of the six suites occupies a stage in the life of Christ.

In the detailed booklet note Isserlis puts the case for this approach most endearingly, not forcing his notion on the listener by any means. Its role in his interpretation of the music plays a large part for sure, but he is careful to stress that musical values always forces his hand, rather than a need to bend his performances to fit the story.

In theory this splits the suites into two performing groups, in which they already exist as far as technical difficulty is concerned, though Isserlis is careful to keep them united as one.

As we have come to expect from him the level of intimacy is high, the microphone up close and personal – and not everybody will warm to the proximity of the cellist’s digits on the fingerboard. Yet intimacy is a key facet of these suites, and Isserlis proves to be a strong communicator throughout. 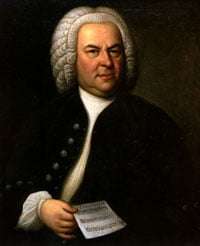 These works continuously raise questions of interpretation, often without answer. Isserlis tends towards tasteful and thoughtful ornamentation, if at all. The five quadruple-stopped chords with which the ‘Prelude’ of the Second Suite end are the only point where he imposes his performing sub-text, leaving them bare and as written by Bach to represent, in his words, the “five wounds of Christ”. It’s an approach that works well on musical terms, too.

This and the Fifth Suite are powerful in their delivery and raw in their emotion, but occasionally reveal a strange note of emphasis, particularly in the ‘Gigue’ of the Fifth Suite, where an unexpected sforzando is applied to the top note.

Of all the suites Isserlis enjoys most success with the joyous Fourth, the majestic ‘Prelude’ carrying great conviction and the dances nimble on their feet.

While Isserlis often takes a broad view regarding tempo, erring on the slow side, he brings a spring to the dance movements, building momentum toward the ‘Gigues’, which immediately follow their preceding dance for maximum impact. With the ‘Sarabandes’, he shows a willingness to exercise tasteful rubato, which assumes a particularly meaningful role in the Fifth Suite.

Isserlis considered borrowing a five-string cello from the Royal Academy of Music for the Sixth Suite but here opts for his own four-string Stradivarius, employing a Guadagnini to take care of the scordatura required for the Fifth Suite. While technically superb in the ‘Prelude’ of the Sixth Suite, Isserlis could perhaps have found more radiance in the ‘Sarabande’ of the kind projected by Pierre Fournier or Maurice Gendron.

These are, however, meticulously prepared accounts of a highly personal and reverent nature. Listeners will immediately warm to Isserlis’s genial way with the First Suite and the solemn majesty applied to the Third. And while Isserlis may have the sub-text, the suites work with or without that in mind.

Three alternative versions of the ‘Prelude’ of the First Suite are included. With Bach’s own manuscript not to hand, these are performed from copies belonging to Anna Magdalena, Johann Peter Kellner and Johann Chrisoph Westphal, and feature varying levels of ornamentation and bowing directions. It takes a very keen ear to spot the difference between them but they are interesting to have, as is a touching tribute to the cellist who brought these suites back into the public domain – Pablo Casals, who is remembered with his calling card, The Song of the Birds, as realised by Sally Beamish.

Steven Isserlis knows the detailed history of these suites, both in performance and in composition, and applies his years of research and familiarity without omission. The project has clearly been a labour of love and comes across that way – a set of recordings made from compulsion, not duty.