Recorded 20 & 21 January 2016 in the New Auditorium of the Royal Concert Hall, Glasgow

Dimitar Nenov (1901-53) is one of the great unknowns of Eastern European music, a multi-gifted individual whose music is barely known, even in his native Bulgaria. On the strength of this Hyperion release it is clear that his neglect is wholly unwarranted, having been predicated upon factors which have nothing to do with the quality of his music, which includes two Symphonies.

Nenov was, by all accounts, a superb pianist – a pupil of Egon Petri, no less – and who made numerous recordings before the end of World War Two – that event leading to the collapse of the Bulgarian monarchy (which had sided with Germany) and the rise of the Communist state, which in turn saw virtually all of the surviving recordings of Nenov as pianist and composer destroyed, his music thereafter consigned to oblivion.

Not only a pianist, Nenov was also a significant administrator; he founded the Symphony Orchestra of Bulgarian Radio in 1930, and effectively produced almost all of its early broadcasts. Perhaps, most remarkably of all from a musical standpoint, Nenov was also a distinguished architect, who designed a number of buildings, railway stations and other structures as well as a now-vanished baldachin for the great Alexander Nevsky Cathedral in Sofia.

In the final decade of the Communist era, I travelled reasonably extensively in Bulgaria, and came to know and appreciate the work of a number of prominent composers, most especially that of Pancho Vladigerov, a fellow-pupil of Herbert von Karajan in Salzburg in the late-1920s: invited by Karajan, Vladigerov played his Second Piano Concerto at the conductor’s graduation concert in 1929. At least Vladigerov was honoured in his country following the War, but whilst I was aware of several Bulgarian composers, I never once heard Nenov’s name or his music mentioned: one can now begin to understand why. The Piano Concerto, dating from the mid-1930s, is a large-scale composition in three movements – and with that statement, virtually all connections to what one might term the ‘established’ Concerto form end. It is quite clear that Nenov’s musical style in this work is not one which goes out of its way to attract the listener; here is a composer of strong individuality, one who pursues his own musical voyage without inviting fellow-travellers. 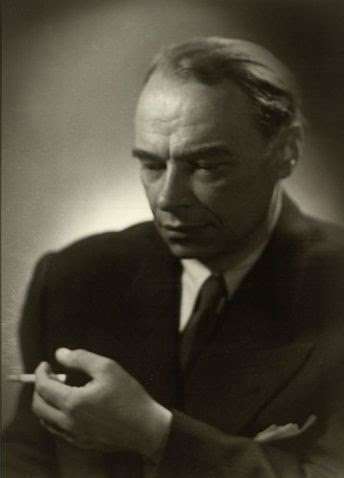 It is not easy to describe Nenov’s language as exemplified in his Piano Concerto, but I believe if you are attracted to the work of, say, early Schoenberg, Busoni, Reger, Szymanowski, Sorabji, Berg, Scriabin (even very late Liszt) – music from later in that period and not wholly unlike an admixture of such disparate styles – then you will be, as I am, fascinated by the breadth and strength of this music, which lies at the opposite pole to, say, that of Prokofiev or Bartók, or even Messiaen (which it does occasionally pre-empt). There is no pietism or assumed independent contemplation here, turning inward upon itself, demanding of us to learn a new language in order to understand the message: Nenov speaks in his own way, to be sure, but never insults his listeners, and the fascination with this expansive Concerto is the personal manner by which Nenov traverses tonalities before arriving at the concluding C-major, having undergone a remarkably original – and apparently wholly unrelated – journey to get there.

The long first movement (almost twenty minutes) appears at an initial hearing to be akin to an improvisation; thoughts which occur, and which are not at first pursued or followed up to any degree, but it is only after several listens that the undoubted logic of Nenov’s processes become clearer. Despite the apparent dichotomy of much of the material, there are, underneath, distinct linking threads in a tempo that is customarily in a state of flux, but not so fluid as to remove any sense of underlying momentum or sense of purpose.

This first movement is a great achievement, and is followed by a contemplative Largo – almost fourteen minutes – in which it appears the pianist becomes the personification of the lone individual, musing (initially over a single, quasi-row-like line), which gradually, on its transference to the orchestra, assumes greater melodic expression, becoming full of foreboding as a funeral march, answered by a more consolatory piano passage. There may well be a hidden poetic aspect here, but the attention never fails as the emotion is so finely judged that one is led further into this notable music, now with faint hints of chordal Rachmaninov (and even a quasi-scherzando) before the opening solo lines return, fully embroidered, fascinatingly laid out, in an expansive coda, which morphs into the Finale – upon us suddenly, before we have realised. An element of playfulness now enters the music, although not invariably light-hearted and eventually building towards a powerfully extended tutti which fades to usher in a long solo passage, lightly accompanied, full of chiaroscuro keyboard writing as soloist and orchestra are shown to be wholly partners as a steady inexorable tread – the soloist riding on top – moves to the profound, finely-judged, conclusion.

Ballade No.2 (twenty-one minutes) was composed during the War (1942-3), but was not heard until after the composer’s death. Ostensibly lighter in intent, it is based upon a folk-like theme, heard at the outset on horn, and is a far more ‘approachable’ work, brilliantly composed, and is a score that certainly deserves concert performance. Expertly written for the piano and exceptionally well orchestrated, with that south-east European folk colour that Enescu made his own, Nenov’s Ballade is a refreshing piece of much colour and thematic appeal – a kind of mid-twentieth-century Hungarian (in this case Bulgarian) Fantasia.

Releases such as this demonstrate the continuing validity of the gramophone as an artistic medium: otherwise we could wait for ever before hearing this eminently worthwhile music. Profound thanks are due to the commitment of record companies such as Hyperion, for subventing such a magnificently-performed and finely-recorded disc as this.