The greatest music, from whatever era, challenges and thought-provokes, breaks boundaries thrillingly as to what we might think is creatively possible, and moves the senses in the most unconfined and profoundest ways, as well as entertaining in the best possible manner (that is, without contrivance and not second-guessing an audience) – unless one takes it for granted, listens passively, or become desensitised to a piece through over-exposure to it.

Elliott Carter, a New Yorker born in 1908 and who died there in 2012, developed a very distinctive style, from vintage American (Holiday Overture, for example) to what might be termed modernist-European (he studied in Paris with Nadia Boulanger) while retaining descriptive vistas associated with his country. Carter’s long life, he was one-hundred-and-three at his death on 5 November 2012, was spent well and with industry, composing to the last and with no diminution of enquiry and focus. This Ondine release includes first recordings and also embraces Carter’s final year.

During my teenage years my introduction to Carter’s work was his New York Philharmonic-commissioned Concerto for Orchestra (1969). When Leonard Bernstein’s recording was issued in the UK (a CBS LP also containing Aaron Copland’s Connotations and Inscape) I couldn’t stop playing it, for musical fascination and masterpiece status were vividly apparent (I had just felt similarly about Harrison Birtwistle’s Silbury Air), music that Pierre Boulez would then conduct, with Oliver Knussen and Michael Gielen adding to its discography. Thus a pact between myself and Carter was sealed (not that he ever knew), and if you would like insights about him as man and creator – what made him tick – then a revealing Ideale Audience DVD “A Labyrinth of Time” is highly recommended.

To Ondine … proceedings begin with the seventeen-minute Interventions (2007, piano and orchestra, written for Daniel Barenboim, as pianist, and the Boston Symphony and James Levine). It opens with a compelling gesture, a welling-up Cri de Coeur … then animating woodwinds, scurrying and melodically passionate strings, percussion adds colour, the piano drives the music along and contrasts abound. This deeply beautiful and active score is a real discovery (a first for me): the intricacy and intensity of the music, its rapidity and lyricism, are enthralling. 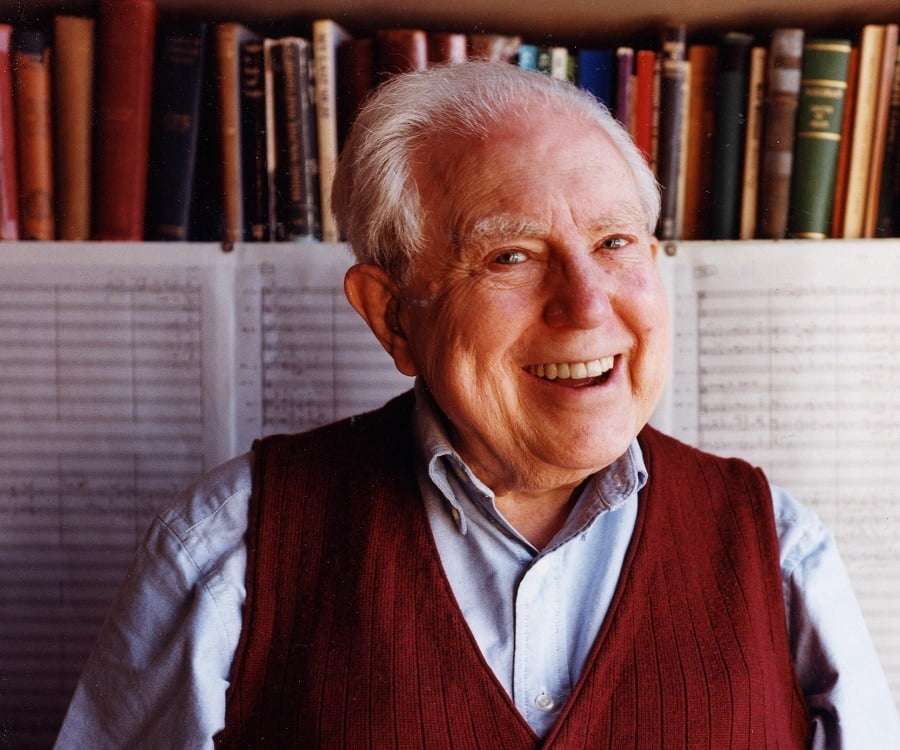 The two pieces entitled Dialogues (2003 & 2010 respectively, both for piano and orchestra) are no-less engaging. The longer first (world-premiered in London by Nicolas Hodges) reminds of Carter’s brand of drama and humour, the discussions as heated as they are conciliatory, whereas Dialogues II, also written for Barenboim, is darker, sparer, more angular and less chattering until enlivened halfway through the four minutes, cued by stabbing brass. Soundings (2005, for the Chicago Symphony) is framed and divided by piano solos (Barenboim then, Aimard now); otherwise Soundings is the orchestra’s shout in music variegated in scoring and proliferating in illustration. Two Controversies and a Conversation (2011) is also orchestral, with solo parts for a pianist and a percussionist. Danger stalks ‘Controversy I’ and its counterpart is eerie, and if the much-longer ‘Conversation’ has moments of thoughtfulness there is also agitation.

The final two works on this release are exactly that in Carter’s canon. Instances (for the Seattle Symphony and Ludovic Morlot, and recently conducted by Simon Rattle in an LSO concert) is indeed for the moment and quick-change in terms of notes, moods and orchestration (luminous at times), and the chorale for strings near the end could only be by an American, and it’s unbearably poignant … it might be taken as a farewell were it not for Epigrams, written by Carter “to amuse myself”. These twelve vignettes, roughly a minute each, for piano trio show this great composer continuing to explore possibilities of expression, timbre and texture, met fully in Berlin by Pierre-Laurent Aimard, Isabelle Faust and Jean-Guihen Queyras.

The artists here may be various, so too the locations and recording engineers, but there are two constants, Oliver Knussen (who conducts everything except Epigrams) and producer Andrew Keener. It’s a seamless listen and a gratifying one, the performances as scrupulous as the notation, and neither is a barrier to emotional engagement, the sound quality being ideally clear and immediate. With this Carter issue, and NMC’s Ferneyhough release, April could not have started better.