Recorded in 2006 (no further date is advised) in St John the Baptist Church, Alkborough, North Lincolnshire

Truth to tell, interest in this 2006 release was generated by the sad news that the English composer Graham Whettam had died (on 17 August 2007) just short of his 80th-birthday. (Hence “In Memoriam”.)

The substantial, 25-minute Night Music (1968) is tense and nervous if slow-moving before the “shooting stars” arrive. This is the composer’s description (the booklet note is his, so too the appreciation of the performers). This is powerful and dramatic music that continues with the almost-static, spare second movement, ‘Notturno Lunare “tu, solinga, eternal peregrina”’, which effectively represents Leopardi’s “solitary, eternal wanderer”. This is brushed aside by ‘Scherzo Frenetico’ (Whettam’s direct response to “such madness in Prague”, that is the Soviet invasion of Prague in 1968) and returns to further solitary musings in the (again Leopardi) finale, ‘Infinito, andar del tempo’. This is a fine piece, but is it too unvaried in its extremes of tempos? Anthony Goldstone gives a very commendable performance. 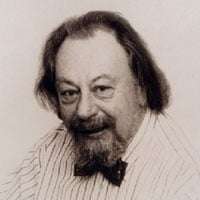 So too does Caroline Clemmow. She has two solo offerings – Prelude, Scherzo and Elegy (1964) and Prelude and Scherzo Impetuoso (1967). Whettam’s musical motifs are always interesting and his rhythmic ingenuity ear-catching; but a doubt remains as to whether his expression is limited to nocturnal ‘slow’ music and explosive ‘fast’ scherzos that follow a similar trajectory. The solo music could all be slices of one big and similar cake, although the demonic stance of ‘Scherzo Impetuoso’ is well-sustained through invention as well as rhythm, yet the “quiet interlude” that serves as a ‘trio’ seems simply to arrive, stake its claim, and disappear, before furious activity is resumed.

Of the two works for piano duet, the Ballade Hébraïque (1981 adapted 2005 and originally for violin and piano) initially seems to lack the ‘flavour’ that might be associated with music so entitled, yet its rhapsodising development and increase in passion is notable and well-controlled over the 11-minute span not least by explosive and faster means that add a ‘recognisable’ scalic impetuousness. Fantasy (1956/2005, which brings three previous versions of the work, for different forces, “into line”) is rather more spontaneous than some of the other music here and opens out with a surprising degree of emotional candour.

Allowing that the music here is but ‘one’ example of his output – there is also chamber music and several orchestral symphonies – the impression nonetheless of Whettam’s style is music written in a universal 20th-century ‘European’ language, one that is familiar, accessible, yet also fascinatingly individual. One wants to hear more. Perhaps more importantly, one wants to listen again to the music here that Goldstone and Clemmow (husband and wife, by the way) have recorded so dedicatedly: for there seems something more to discover that initial auditions have not revealed.