Recorded between February 2010 and January 2011 in the Concert Hall, Karol Szymanowski Academy of Music, Katowice, Poland

Grażyna Bacewicz (1909-69) is perhaps beginning to make her way in the world, after many decades on the sidelines. One of the few violinist-composers of the last century – she also played the piano – she was unusual in several ways. She was born in Łódź to a Lithuanian father and Polish mother, who made the radical decision to bring up their sons as Lithuanian and their daughters as Polish. Her father was the conductor Vincas Bacevičius and her brothers, Vytautas and Kęstutis Bacevičius, were respectively a composer and a pianist. Besides composition, in which her teacher was Kazimierz Sikorski, she studied piano and violin at the Warsaw Conservatory; and it was as a concert violinist that she first made her name (her teachers included André Touret and Carl Flesch). But she was always serious about her parallel career as a composer, and between 1932 and 1935 she undertook further studies in Paris with Nadia Boulanger. After a bad car accident in 1954, she concentrated on composition and writing fiction, but she died three weeks before her sixtieth birthday.

As you might expect, much of her music features stringed instruments, and her Quartets display her technical knowledge, as well as a keen and discriminating ear for sonority. You will find such techniques as harmonics, glissando, tremolando, pizzicato and sul ponticello, but she does not make a point of them: unlike some of Bartók’s effects, they arise naturally out of what she is trying to say. Bacewicz’s works always show a distinct personality. If I mention other composers in this review, I am merely trying to give readers a few signposts, rather than suggesting that she was an epigone of anyone.

For personal reasons which now seem strange, Bacewicz suppressed her first two String Quartets after they had been performed: they were exhumed, published and brought into the canon three decades after her death (two others, dating from 1930 and 1931, are regarded as juvenilia). The First Quartet (1938), like four of its companions, is in three movements. The opening one shows hints of Bartók and goes through a number of tempo and textural changes. The central movement is a set of five variations on a Lithuanian folksong and the Finale, which again has suggestions of folk music, is a joyful journey through various rhythmic changes. Despite a slight aura of experimentation, the work does hang together, and I am glad the composer did not destroy it. 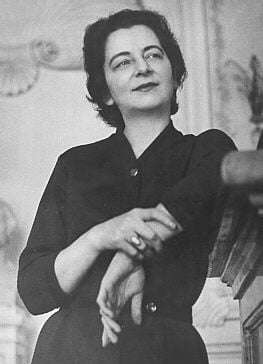 The three-movement Second Quartet (1943) takes up where the First left off. It is definitely neoclassical, at least in its outer movements – the first spirited and carefree, the busy Finale equally enjoyable, if a little garrulous and overlong, ending emphatically. The central movement, more drifting and wispy and clearly influenced by Szymanowski, has chorale elements and even distant echoes of the opening fugue of Beethoven’s Opus 131; it features a lovely little motif on the viola and its texture is quite complex in places. It gets rather passionate but ends equivocally. Viewing the work as a whole, there is a sense that Bacewicz is desperately trying to concentrate on pure music, during one of the worst periods in Polish history.

The tough opening of the Third Quartet (1947) heralds a new assurance, in the aftermath of the war. The first of the three movements is very busy but finds time for lyricism. The central one is quite lyrical, with passionate outbursts, and ends beautifully. The Finale, again very busy, reflects the optimism which many Poles must have felt, despite having exchanged one Occupier for another – the Soviet Union. This work established Bacewicz’s international reputation as a writer of chamber music.

The Fourth Quartet, again in three movements, is Bacewicz’s best-known work from this canon. It was recognised as a masterly creation from the start and has racked up quite a few recordings. After a mysterious, atmospheric slow introduction, the Allegro moderato gives a very fresh impression, alternating slow and fast tempos: the first theme has a touch of folksong to it. The Andante, which again begins mysteriously, is deeply felt, with a contrapuntal central section, and portrays almost a lunar landscape. The Finale is highly rhythmical, upbeat and optimistic, with slower episodes and some of the special effects mentioned above. It ends uproariously. Even after more than sixty years and many developments in Polish music, this music still sounds new-minted.

The Fifth Quartet (1955) might be seen as a backward step, as it is in the customary four movements and is more conventional in the layout of each one. No doubt Bacewicz felt the need to summarise her development up to that point, as she worked on her physical and mental rehabilitation after her accident. In its sonorities and its general feeling of assurance, the piece represents considerable progress. It opens in a rather Szymanowskian mood but by now Bacewicz is clearly aware of late Bartók. The first movement, with a slow introduction, is basically in sonata form, with a vigorous first theme and a slow second: the slow introduction reappears. The Scherzo is made up of two fast fugues which combine at the end, the third movement is a soulful chorale, dissonant yet giving an impression of calm and spirituality, and the Finale, which starts with pizzicato, is a set of variations on a decidedly oddball theme which itself sounds like a variation on an unstated theme: various string techniques spice up the sound. This work retains its interest right up to the coda.

With the Sixth Quartet (1960), again in four movements, we are plunged into the famous cultural thaw in Poland, from which Bacewicz and other composers benefited. It has quite a queasy start, with glissandos, and shows awareness of 12-note technique without wholeheartedly adopting it: the glissandos continue throughout the movement and the Scherzo-like Vivace also incorporates them. The Grave has a glacial calm but, with its unstable harmonies, is ultimately a little tentative. The Finale is quite perky, with more glissandos, but ends rather inconclusively.

The Seventh Quartet (1965) takes us back to three movements. There are bounced-bow effects and glissandos in the opening Allegro, which creates a strange world of half-lights and fugitive impressions, yet still sounds like a fast movement. The Grave is quite disturbing, slow but somehow dislocated, until quite a violent outburst; it returns to slow music but ends with a loud passage marked Grandioso. The rondo Finale incorporates Scherzo elements and unexpected rhythmic twists: the effects include glissandos and pizzicatos and you sense an awareness of Shostakovich’s Quartet music. It dies away in a fugitive, whimsical fashion. Had Bacewicz been given a few more years, she would surely have composed at least one more Quartet; but as it is, her achievement is substantial and is well worth investigating as a whole. This set, to my knowledge only the third integral one by a single ensemble, provides the ideal vehicle.

I have enjoyed the Naxos set by the Lutosławski Quartet up to a point, but ultimately have found it less than satisfactory. The Silesian Quartet present a much more mature, considered view. I first became aware of this ensemble via the cycle of Alexandre Tansman’s quartets, recorded in 1991 (Etcetera KTC 2017). Since then the leader has changed but the overall competence has not. The playing is rhythmically impressive and tonally beautiful, and the four men often put terrific intensity into the music – it is clear that they know it well and love it. The recordings are splendid and if you are interested in exploring Bacewicz the Quartet composer, this is the way to go.

Of course there are other individual performances to consider, some of them legendary by groups such as the Wilanow and Grażyna Bacewicz Quartets. I love the disc of the Fourth, Sixth and Seventh by the Fanny Mendelssohn Quartet (Troubadisc TRO-CD 04) and there is a splendid account of the Fourth by the Szymanowski Quartet (Avie AV2092). But newcomers are urged to try this new set. The notes by Adrian Thomas are voluminous and mainly helpful, but I wish he had made more biographical links.