“Music changes our lives through fortuitous, felicitous and often inexplicable encounters. … Each of these pieces is especially close to my heart, and all of them have fascinated me from an early date, so much so, indeed, that they made me want to become a pianist.”
[Ingolf Wunder]

The 300 relates to the number of years covered in this recital. Can you imagine the ‘Main Title’ from Star Wars played on the piano? Read on. Austrian pianist Ingolf Wunder, born in September 1985, took the second prize in the International Fryderyk Chopin Piano Competition of 2010 (Yulianna Avdeeva was the Winner). He plays here a programme of mostly short works.

The opening Domenico Scarlatti Sonata (B minor, Kk87) is pure and poised. The most substantial work is Mozart’s Piano Sonata in B flat (K333) given a moderately paced outing, straightforward and from the page, sensitive, chaste and subtly dynamic, the first movement’s final diminuendo attracting what sounds like distant birdsong. Throughout, Wunder’s tempos are thoughtfully articulate; and if you feel that Alfred Brendel’s approach is unduly analysed (I don’t) then Wunder could be for you. 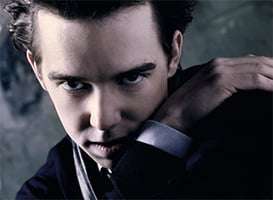 The rest of his choices are of encore-like pieces. Chopin’s Berceuse (Opus 57) doesn’t quite have the necessary seamless quality but nevertheless burgeons effectively. Raoul Koczalski (1884-1948) may not be a household name – but he studied with a pupil of Chopin’s and his Valse fantastique is a sweet little number. By contrast, Liszt’s Csárdás macabre is dark, a creation of Beelzebub and opening out to be sensational. Wunder enjoys its twisted harmonics. By further contrast – much – is Debussy’s ‘Clair de lune’ from Suite bergamasque, not quite as soft and melting as might be the case, something more achievable on an Érard of the composer’s own time. Wunder goes on to give a darting, frisky, and even delicate account of Rimsky-Korsakov’s Flight of the Bumblebee, as arranged by Rachmaninov, whose own marching Prelude in G minor (Opus 23/5) is given a strong and lyrical account before the heavens are stormed with Scriabin’s Étude in D sharp minor (the twelfth and last of the his Opus 8 collection).

Fireworks follow with Moritz Moszkowski’s Étincelles (Opus 36/6), a dazzling and witty piece much savoured by Wunder. It’s the sort of trifle that Bolet, Cherkassky and Horowitz revelled in, and the latter pianist’s Danse excentrique, pure 1920s’ ragtime à la Poulenc, is then given a rare and intriguing outing. Following this is Arcadi Volodos’s version of the so-called ‘Rondo alla turca’, the finale of Piano Sonata in A (K331) – not as Mozart wrote it, but fun. Film music to end with, Ennio Morricone’s ‘Playing’ Love from his score for The Legend of 1900, which once passed the opening night-clubby roulade of notes, is pure romance with a nostalgic centre; then … yes … Star Wars in Wunder and Martin Romberg’s spectacular transcription, which works a surprising treat and is a stellar conclusion to a diverting and pleasurable release.