“Bach’s solidity gives me what I can only describe as spiritual nourishment and solace, lifting me above the mundane yet remaining absolutely rooted. He is the only composer to whom I can return infinitely often.”

In ringing terms, Jill Crossland announces her allegiance to Bach. How do you react? Implicitly, she raises issues of style and interpretation. Three centuries on, is a performer of the work of a Baroque master justified in looking for “spiritual nourishment and solace” in a secular work, or, indeed, finding it? Should we castigate these as subjective activities, inappropriate here?

Shouldn’t we be better employed in an act of musical archaeology, meticulously and objectively revealing some ancient relics? Further, what is the legacy of the Bach-Busoni phenomenon? Is it still an over-substantial spectre – too rich and grand for us, Edwardian and morbidly obese? Or, has sufficient time passed for us to allow aspects of its grand, humane non-authenticity to surge back in? 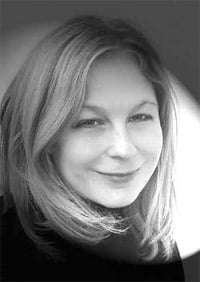 With self-assurance and authority – and unabashed – Crossland incorporates many of these issues into her interpretation(s) of the Preludes and Fugues in Book I of The Well-Tempered Clavier, ‘The 48’. She presents this work as a collection of different pieces in different styles. That is, she dares to be subjective – to look on each Prelude and each Fugue as evoking a mood. Determining the most appropriate interpretative technique seems to have come secondary to spending much careful time sensing what a particular piece might be about.

What strikes first is the sheer variety of Crossland’s styles – a virtuosity of interpretation. Her performance modes allow both softness of touch and hardness of articulation, emotion and dispassion, plainness and the occasional vigorous ornament, flexibility – exquisite and bare – together with rich, swelling loudness. At times her fingers seem made of jelly, at others of steel. She can produce notes in a torrent (such as the latter parts of the C minor and E minor Preludes). These are hailstorms – in contrast to the light, dancing rain of her G major and A flat Preludes. For some of the grander pieces, such as the Fugues in C sharp minor, E flat minor, B flat minor and B minor, she slows down considerably, giving these pieces a magnificent, monolithic dignity, with rock-hard depth and space – allowing herself to be both towering and moving.

At all times, her playing is assuredly clear and controlled, delineating the parts with steady definition, especially in the middle register. Her sense of structure and form is outstanding – making the might of climaxes an experience of passionate dynamism and something inexorable.

Crossland has put her admirable technique in the service of her cool-headed compassion. Her sensibility reclaims Bach for mankind, exhibiting him as one of the broadest and must human of composers. Credit is also due to Ryszard Bakst and Paul Badura-Skoda – the teachers who inspired Crossland to delve deep into Bach and take her courageous stand. I also revelled in engineer Jonathan Haskell’s achievement in recording the piano so faithfully – mellow upper tones, rich bass, magisterial resonance in louder passages and a gripping limpidity when tripping faster and lighter.