It’s good news indeed that Chandos is turning its attention to the orchestral works of the Wakefield-born composer Kenneth Leighton (1929-88). For Volume 1 the works chosen are for string orchestra, and each is in three movements – but there is no sameness of texture or predictability of means.

Symphony for Strings (1948-49) is a very assured piece and was first played in 1949 conducted by Gerald Finzi. Occasionally one hears passages that Finzi himself could have composed, and the music is recognisably English; but even in his student years, Leighton was able to reveal not only his talent but also his individuality. This is big-boned and lyrical music, immediately engaging (the very opening might momentarily direct the listener to the corresponding bars of Rachmaninov’s Second Symphony!). The faster (rather than fast) music has a robust and confident (as well as deeply considered) quality that turns inwards in the desolate slow movement. The finale, like the first movement, is also controlled in its vigour and songful in its phrasing. 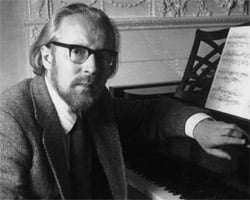 Concerto for String Orchestra (1961) is no easy ride. The opening slow movement is eerie and enigmatic, demanding the listener enters into its haunting world, one of darkness and increasing (to screaming) intensity; it is an emotional roller-coaster. A plucked scherzo follows and might signal a decrease in tension (something along the lines of Britten’s ‘Playful Pizzicato’ from Simple Symphony); not a bit of it! This is rhythm with a vengeance; a real ‘snap’, the movement stops rather than finishes; the silence that follows is chilling and is broken by a return to the anguish of the opening movement – whether slow or fast, the mood is unrelieved, the conclusion ambiguous. This is a remarkable piece.

The longest work here is the Organ Concerto (1970), placed as the middle work on the disc, and using the same scoring as Francis Poulenc’s example (1938). The opening movement is termed ‘Lament’; ‘dark’ certainly and there is also luminescence, some kind of divinity. The timpani’s interjections are dramatic, the strings implore with long lines; the organ is often part of the whole, adding commentary and capping with Gothic chords. Contrast is offered with a furtive ‘Toccata’. The finale is an extended (15-minute) ‘Chorale and Variations’, its opening suggesting the beginning of Sibelius’s Fourth Symphony; this is music on a slow but cumulative burn (some of the rhythmic impetuosity may recall passages in Shostakovich’s Symphony No.11). The soloist is given a mighty cadenza before combining with the strings and timpani for an impressive rounding-off.

Superb performances, superbly recorded (in the quietest passages and in silences a slight background hum and whistle may be discerned, the hum, I understand, caused by the Hall’s lighting), but the impact and power of the organ concerto is stunning. This is a wonderful issue on its own terms and also the beginning of a series that should be particularly enriching. One can hear models in Leighton’s music; but whatever he inherited he made his own.