Recorded 27 February to 7 March 2014 at the Villa San Fermo, Longino

We owe the rediscovery of Leonardo Vinci primarily to thedetermination of countertenor Max Emanuel Cencic to revive his operaswith forces that aim to approximate, as closely as possible, those forwhich they were written, which nowadays strike us as unusual, evenbizarre, though the 18th century thought differently.

Regarded verymuch as an equal by Vivaldi and Handel, Vinci, who died in 1730,comparatively young and supposedly murdered by his mistress’s jealoushusband, trained in Naples, but wrote his major operas for Rome, wherea papal proscription, in force since 1599, forbade women fromappearing on the stage. Vinci consequently wrote for all-male casts,deploying castratos as his heroines as well as some of his heroes: thepractice was not, in fact, uncommon in castrato-obsessed Italy at thetime.

The Baroque revival has seen his work championed by, amongst others,Simone Kermes and Cecilia Bartoli, but a turning point was reached in2012 when Cencic decided to perform and record Vinci’s Artaserse withthe castrato roles taken by virtuoso countertenors, a ground-breakingachievement that opened ears to a composer of remarkable psychologicalperception and depth, and revealed the startling potential of thecountertenor voice itself. Now we have Catone in Utica cast alongsimilar lines, and though it doesn’t, perhaps inevitably, bring withit the element of surprise, even shock, that accompanied itspredecessor, we are dealing, I think, with a greater work and arguablya finer recording. 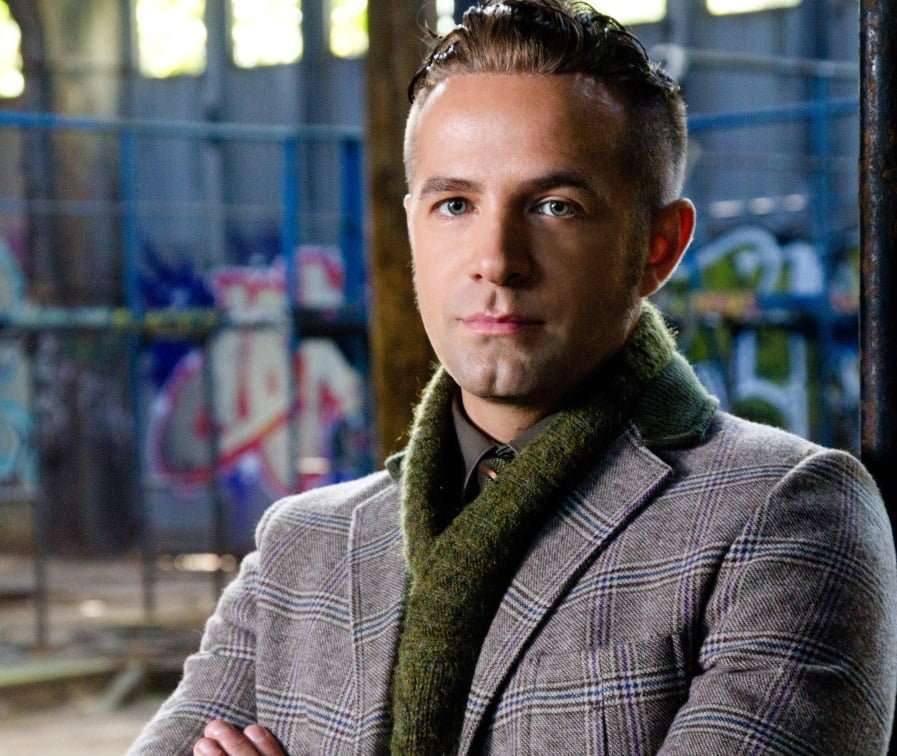 The opera dramatises the final days of Marcus Cato, one of the lastgreat libertarians of the Roman Republic. A fierce opponent of themilitary and imperial ambitions of Julius Caesar, he committed suicideat Utica in North Africa in 46 BC when defeat at the hands of Caesar’sforces became inevitable. The subject was of immense importance in theearly 18th century when republican and imperial ideologies vied forsupremacy. There were two major literary treatments in English.Nicholas Rowe’s hugely influential translation of Lucan’s Pharsalia,of which Cato is the morally impeachable hero, was published in 1718.Even more important, however, was Joseph Addison’s play Cato, firstperformed in 1713, the appearance of which was to have far-reachingconsequences.

The play became a rallying cry for liberal supporters of theProtestant Hanoverian succession in the face of a potential return toCatholicism under the Jacobite branch of the Stuarts, who had the morelegitimate claim to the British throne. Its success was even greater,however, in Britain’s American colonies, where its libertarianideology became integral to demands for independence: therevolutionary slogan “Give me liberty or give me death”, derives fromone of Cato’s speeches; during the War of Independence, GeorgeWashington insisted the play be performed for his army at their campat Valley Forge.

Translated into Italian in 1715, Addison’s Cato was also the sourcefor Metastasio’s libretto, which Vinci was to be the first composer toset it in 1728. The great cry for liberty remains at its centre in one ofthe big confrontations between Catone and Cesare around which the workis structured. The overall tone, however, has changed. The hiddenrelationship between private agendas and political decisions hasbecome Metastasio’s principal theme, and the opera is essentially atragedy in which both ideological loftiness and deceit are broughtinto sharp moral focus.

Catone is insistent that his daughter Marzia should marry Arbace, theNumidian prince who loves her and is her father’s political ally. Bothmen are unaware, however, that Marzia, in less troubled times, wasCesare’s mistress: the pair are still in love, though Cesare,unscrupulous throughout most of the opera’s course, is persistentlywilling to sacrifice the relationship for his ambition. The situationis complicated by the presence in Utica of Emilia, the widow ofCesare’s murdered enemy Pompey, an altogether more vindictive figurethan her sorrowing counterpart, Cornelia, in Handel’s Giulio Cesare.She, in her turn, is ostensibly being pursued by Fulvio, a senatoriallegate, apparently of Cesare’s party, though Metastasio tellinglyleaves his loyalties unclear.

Metastasio was a greater, more subtle writer than many have assumed,and the opera’s dramaturgy is dependent for its impact on constantlyshifting perspectives that repeatedly cast doubt on its protagonists’motivations. Marzia strings Arbace along with promises of eventualmarriage and urges her father to consider peace, all of which hidesher determination to repeatedly manoeuvre herself into Cesare’spresence. Cato’s moral nobility masks a catastrophic inflexibility ofwill, and though his opposition to political tyranny is portrayed aswholly admirable, he proves to be a tyrant himself in private: whenthe truth eventually comes out about Marzia’s feelings for Cesare, hedisowns her, announcing he wishes he had killed her at birth.Metastasio deceives us himself in his depiction of the emotionalhavering between Fulvio and Emilia, initially leading us to believethat Fulvio is lulling her into a false sense of security in order tobe able to spy on Cato’s camp: it gradually becomes apparent, however,that his feelings for her are sincere, and that it is she who isexploiting his sexual interest as part of her own plot to have Cesareassassinated.

Vinci’s score probes the resulting ambiguities with great subtlety.Militarism and seduction frequently collide. Cesare, as one mightexpect, has the lion’s share of the display pieces: the role waswritten for the castrato Carestini and his arias, with their ferociouscoloratura covering a colossal range, are tracked by obbligatos fortrumpet or horns, the latter a constant reminder that he isessentially a hunter homing in on his prey. Catone is a tenor, as isFulvio: Catone’s noble vocal lines turn precariously angular andclipped under stress, while Fulvio’s protestations of desire arelyrical and at times deeply erotic. His ‘Nacesti alle pene’, dreamilyaddressed to Emilia is one of the opera’s two great declarations oflove: the other, ‘Quell amor che poco accende’, exposes Cesare’s onlymoment of weakness, when he thinks Marzia is moving away from him.Marzia’s grand statements of passion and rage mark her out as beingvery much his companion, musically as well as emotionally – again thespan of the vocal line is often immense – while Emilia’s high-lyingarias alternately wheedle and sputter with fury. Arbace, struggling tomaintain both integrity and dignity in the chaos that surrounds him,has the most consistently beautiful and reflective music in the score.

Throughout we’re aware of a great melodist at work – it’s no wonderthat Handel and Vivaldi regarded Vinci as a serious rival – and hisdark-hued orchestration reveals remarkable surety. More pertinently,perhaps, he allows traditional structure to buckle as the dramatictension mounts. Continuo gradually gives way to full orchestra in therecitatives, and when we reach the denouement, the pattern ofrecitative and aria collapses, first into ensemble writing, then intothe extended passage of through-composed recitative that brings theopera to its disorientating close.

The ending was one aspect of the work that its first audiences foundproblematic. The premiere, at Rome’s Teatro delle Dame, seeminglyaroused mixed feelings. Metastasio offended contemporary sensibilitiesby locating Emilia’s attempted assassination of Cesare in a disusedunderground aqueduct – by implication a sewer, and a potent symbol ofthe moral depths to which everyone has sunk, except Arbace, the onlycharacter absent from the scene. Doubts were also raised about theappropriateness of Catone’s suicide – he bleeds to death on the stage,having stabbed himself off it – as a subject for performance in papalRome where suicide was considered a mortal sin. When other composers,Handel and Vivaldi among them, took up the libretto, they tinkeredwith the final scenes. Vivaldi’s Catone is forcibly prevented fromkilling himself, paving the way for eventual reconciliation withCesare, which makes nonsense of much that has gone before. Handel’s1732 pasticcio – superbly revived at this year’s London Handelfestival – retains Catone’s suicide, though Handel, unwilling to endthe work with recitative, follows it with a scene in which Marziabecomes deranged: her closing aria, ironically, is the now-famous ‘VoSolcando’, which Handel imported from Vinci’s own Artaserse.

Issued to coincide with a European tour of the work with the sameforces, the recording, meanwhile, is a stunner. Cencic casts himselfas Arbace, effectively leaving Franco Fagioli’s Cesare and JuanSancho’s Catone centre stage. All three performances are finelyjudged. Cencic’s dark, warm voice is extraordinarily beautiful, andthe quiet intensity of his singing, all deep feeling and rapturouslysustained lines, admirably suggests a man whose emotional sincerityis compounded with innate moral fibre. Fagioli’s Cesare, in contrast,is all hauteur and reckless flamboyance. Not everyone will like hisfrequent plunges into chest voice, or his aspirated, Bartoli-ishway with the coloratura, though his accuracy and precision is a featin itself that continually startles. Sancho, meanwhile, proves to beboth an exceptional technician and a remarkable vocal actor: hisloftiness and rage hit home with every phrase; his denunciation ofValer Sabadus’s Marzia is genuinely terrifying, while his death scene,complete with its prophecy of Cesare’s own assassination at the handsof Brutus, is immensely powerful in its naturalism.

Sabadus makes a sensuous, even voluptuous-sounding Marzia,all heightened emotions and stroppy grandeur, in marked contrast toVince Yi’s icily self-controlled Emilia. Sabadus’s tone can sometimeslose warmth in his lower registers, for which he compensates forspectacular abilities elsewhere, including the kind of pinprick highstaccatos one associates primarily with the great divas of yesteryear.Just occasionally you also wish there was a bit more bite to Yi’sexplosions of anger, though he and Sabadus work wonderfully welltogether in the big confrontations between the two women.

No one is likely to have any qualms about Martin Mitterrutzner’sFulvio, though, sung with persuasive sensuality and an appealing gleamin the tone throughout. You can’t fault Il Pomo d’Oro under its violinist-director Riccardo Minasi, either. The playing, all suavestrings, fiery brass and rich woodwind, is tremendous in both finesseand enthusiasm, and throughout they generate that crackle ofelectricity familiar to anyone who has heard these musicians at London’s WigmoreHall, and you understand completely why they have becometoday’s ‘period’ ensemble of choice for Italian Baroque. An outstandingrecording of a remarkable work, with complete text and translations provided, and highly recommended.