This release is the outcome of a series of concerts in which the London Philharmonic Orchestra has been celebrating the work of Mark-Anthony Turnage, its composer-in residence since 2005. Hidden Love Song was recorded at a concert; the other works are studio recordings.

The disc does not make comfortable listening, not because of any deficiencies on the part of the composer, performers or production (far from it), but simply because the subject matter of the two vocal works is so harrowing.

“Twice Through the Heart”, for mezzo-soprano and sixteen players, sets words by Jackie Kay prompted by the real-life case of a woman who stabbed her husband to death after years of physical and mental abuse. Sarah Connolly finds the anger and pain in the music – we can take that as more or less given – but also the compassionate lyricism that makes you believe in the woman’s misguided sense of loyalty, leading her to refuse to testify against her husband in court. 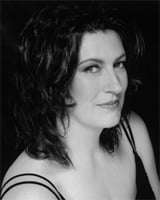 Hidden Love Song, for soprano saxophone (its distinctive timbre has become something of a Turnage trademark) and orchestra, was the first work Turnage composed as a result of his LPO residency. It was written for his long-time friend and collaborator Martin Robertson, but addressed to the cellist Gabriella Swallow, whom he later married. It is based on a motif derived from the letters of her name, and there is an important secondary solo part for cello. Robertson floats his solo line over the limpid orchestral textures, capturing that paradoxical Turnage quality of hard-bitten tenderness informed by his feel for jazz and other urban popular music.

“The Torn Fields”, for baritone and orchestra, is something of an off-shoot of Turnage’s World War One opera “The Silver Tassie”. It was written for Gerald Finley, who sang the role of Harry Heegan in the first production, and sets war-poems by Rudyard Kipling, Isaac Rosenberg, Wilfred Owen, Charles Sorley and Siegfried Sassoon. ‘Wounded’, the big central song, matches the compassion of Owen’s emotionally understated description of an amputee with a vocal line that refuses any kind of rhetoric. Words and music hit all the harder as a result.

Marin Alsop conducts with a sure feel for the composer’s distinctive soundworld, and the recording is clear and well balanced, ensuring that every detail comes across. An essential disc for anyone who, like me, has been watching with admiration as Turnage’s stature has grown over the years. The vocal works’ texts are included in the booklet.