Recording dates and locations not advised in Lyrita’s annotation; copyright dates are 1975 for Concerto No.1 and 1977 for the remainder

Lyrita LPs were made for re-coupling on CD, none more so than this Cyril Scott brace first issued in the mid-1970s. By this time, Scott (1879-1970) had been all but forgotten as one of Britain’s most distinctive composers, and it remains to be seen if the recent rash of new releases (on Chandos) heralds a long-term reassessment. Distinctive does not necessarily equate with important as a measure of intrinsic quality, and those coming afresh to these works may well wonder whether it was largely owing to circumstance that made Scott’s music seem ‘good’ in the first place.

Certainly the First Piano Concerto of 1913-14 had a successful launch by the composer as soloist and Thomas Beecham, and enjoyed the advocacy of several notable pianists (such as Moura Lympany) between the wars. A 40-minute British piano concerto from this period might well be expected to show the overt influence of Rachmaninov, but the combining of whole-tones with freely chromatic writing gives it an Eastern colouring that brings to mind Scriabin and even early Stravinsky, enhanced by extensive use of tuned percussion to open-out the textures of what is a surprisingly small orchestra. That said, Scott’s language is one of ‘being’ rather than ‘becoming’: for all the resourcefulness with which he modifies the interplay of piano and orchestra, there is little sense of the music evolving as it unfolds.

This makes the opening Allegro maestoso, with its dogged take on sonata form, an effortful listen – its ideas undistinguished thematically nor susceptible to expressive intensification as the movement proceeds. The Adagio is more successful – if only because its salient piano motifs have a becalmed quality that the instrumentation (lots of celesta figuration and tam-tam strokes) sets in evocative relief. The finale is a disappointment by comparison: Scott’s recourse to what he termed a “Handelian idiom” does little to sustain any cumulative momentum. The reprise of earlier material feels contrived, while the coda’s triumphal cadence into C major has little sense of arrival when the tonal follow-through of the music is so circuitous. A concerto to hear and to reflect on, but not one to revisit frequently and not one, moreover, that deserves a regular place in the repertoire. 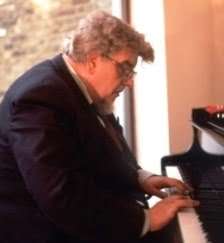 By the time he wrote his Second Piano Concerto during 1956-8, Scott’s time had all but passed, and the present recording was likely its first airing. At 25 minutes, it is a good deal more compact than is its predecessor; the material, too, has a greater economy and sense of purpose that more nearly engages. The opening Con Moto pursues what seems to be Scott’s trademark modified sonata design, with the exposition followed by a reprise that is sufficiently altered to be also the development. The central Tranquillo has a rhapsodic inwardness that makes it an elegy of recognisably English nostalgia, then the Energico finale vividly alternates between soloist and orchestra (appreciably larger in this piece) on the way to a decisive but hardly affirmative close. Indeed, the whole work has a curiously crabbed, inhibited feel – as though Scott were composing without being convinced of the reasons why.

The remaining work is also among Scott’s best known. Composed in 1931 – though for two pianos, the present revision not being carried out until 1962 – Early One Morning is designated ‘Poem for Piano and Orchestra’, which neatly describes its relaxed sequence of Variations on the traditional song. Although this is never heard complete – its melodic profile, once introduced, is seldom absent. There is also a sense of cumulative growth such as makes the piece feel bigger (but not longer) than its modest time-span. The music’s technical finesse and expressive subtlety confirm that, whatever his other failings, Scott possessed a command of his craft far in excess of those who might now claim to be following in the lineage of the ‘English pastoral tradition’.

All three performances here have stood the test of time. John Ogdon rarely, if ever, tackled unfamiliar music without first being convinced of its worth, and his advocacy makes the Second Concerto, in particular, seem more successful than it probably is (certainly more so than Howard Shelley’s fluent but tepid account on Chandos). Trenchantly conducted by Bernard Herrmann in what must have been some of his last studio sessions, the London Philharmonic give Ogdon sterling support; and the recordings have retained their richness and dynamic range in the transfer. The original sleeve notes by Christopher Palmer and Roger Wimbush were well worth retaining – personable, enthusiastic and not a little partisan.

It will take more than this to make a credible case for Scott as a major composer: but the strengths and failings of his music are themselves worth pondering. Not the most essential in Lyrita’s re-release schedule, but a disc such as the company was there to make possible.