Amongst the many worthy restorations to the catalogue brought about by Lyrita’s current reissue programme, the first appearance on CD of Nicholas Maw’s “Scenes and Arias” is surely one of the most deserved. In giving Maw (born 1935) a prestigious commission for the 1962 BBC Proms season, William Glock’s generosity and confidence in the relatively unknown composer was amply rewarded. The now-familiar Maw idiom seems to burst out fully-formed in this piece, as if it had been waiting for just the right set of circumstances to materialise (although in fact Maw had struggled hard to reach this point). A potent synthesis of late-Romantic opulence and the ecstatic lyricism of pre-“King Priam” Tippett, Maw’s new-found musical language was also a radical re-engagement with tonality, albeit in a drastically expanded form. As such it could hardly fail to have seemed retrogressive at a time when many of Maw’s British contemporaries such as Maxwell Davies and Birtwistle were absorbing the lessons of the continental avant-garde. Yet with the benefit of hindsight, Maw’s stance now seems equally radical and it has undoubtedly served him well in producing his distinguished body of work.

Any work that pits three female vocalists against a large orchestra (are there that many others?) is pre-destined to attract the epithet ‘Straussian’, with “Der Rosenkavalier” waiting patiently in the wings. And of course that influence is plain to hear. However, a more significant predecessor is the trio for Auntie and the nieces in “Peter Grimes” (Maw once told Britten how much he admired the opera, to which Britten replied “But Nicholas, it’s full of howlers!”).

The text is an obscure but very beautiful anonymous 14th-century love-poem in two parts, the first addressed from a man to a woman and the second her reply. Each stanza follows the same format of alternating lines in French, English and Latin. Maw more or less ignores the structure of the poem and its male and female protagonists in favour of a freely-developed patchwork of vocal settings and orchestral interludes. The work appears to define its form as it proceeds, in the way that Debussy’s Jeux does.

I had not heard “Scenes and Arias” since parting with my vinyl collection some 15 years ago. A tingle ran down my spine as that saturated opening chord emanated from my speakers, a chord I have carried a memory of ever since I first heard it – a kind of augmented triad with complications. With its reappearance marking the progression of the work and its apotheosis at the end, it functions very similarly (and even sounds a little like) the 10-note ‘time-chord’ in Maw’s later and mighty Odyssey.

The high points of “Scenes and Arias” include the rapturous post-coital coda of Part 1, immediately followed by the high drama of the introduction to Part 2, and at the very end the magical assumption by the oboe of the first vocal entry. But the work impresses most of all by the way it sustains a musical rhetoric that seems to consist primarily of tonal gestures but without the underpinning of an obvious tonal centre.

The soloists at the first performance were Heather Harper, Josephine Veasey and Janet Baker, no less. The present recording of the 1966 Revised Version, from the Argo label, was made in 1968 with a hardly less stellar trio of Jane Manning, Anne Howells and Norma Proctor. Each of them seizes the moments when they get to soar aloft but more often than not they are fused together in a single meta-voice. Norman Del Mar, veteran of this kind of repertory, draws a strong contribution from the BBC Symphony Orchestra. The recording shows its age in the more densely clotted orchestral passages but it is also warm and spacious as befits the music.

The original Argo recording paired “Scenes and Arias” with Elisabeth Lutyens’s splendidly rebarbative “Quincunx”, a striking combination of opposites. Lyrita goes for homogeneity with two cantatas also on a theme of love, of the human and divine varieties, by Anthony Milner. Milner, born in 1925 and who died in Spain in 2002, has never enjoyed the profile of a figure such as Maw and is one of many composers who produced a solid body of work prized by specialists (generally male and of a certain ‘collector’ disposition) but failed somehow to gain the approval of the broader musical public. Both works on the disc attest to his strengths and weaknesses.

“Salutatio Angelica” (1948) is Milner’s ‘opus 1’ and is an encomium for the Virgin Mary (Milner was a devout Roman Catholic). Its Latin text is described by the composer as consisting of “the ancient devotions known as the Angelus, the Eastertide antiphon of Our Lady ‘Regina coeli’ and the first four verses of Psalm 130”. The Ave Maria text is set three times in the form of arias for the contralto soloist with the verses and psalm appearing as choral refrains. The writing throughout displays Milner’s immersion in Renaissance polyphony, with imitative part-writing in the orchestra as well as in the choral settings.

The three arias – the first on a ground bass, the second over a sprightly fugue with a ‘cantus firmus’ and the third based on contracting note-values – are positively Bachian in execution, even if the harmonic underpinning is gently subversive. Alfreda Hodgson’s fruity contralto on the other hand leans to the Handelian, but in a way that works with the music. The concluding chorale setting of the psalm is affecting in its sudden reversion to a more simplified language after the anguished canon that ends the third aria.

The arresting opening bars of “Roman Spring” (1969) – a luminous phrase for high strings and marimba – show how far Milner had developed his syntax in the intervening two decades. Again there is a strong influence of Tippett, with whom Milner had worked at Morley College. In fact, in the present context one is tempted to hear the influence of Maw! There is an audible similarity in the way both composers appear to be writing in some sense tonally but following no known rules of traditional functional harmony. The position that Maw had to work backwards (from serialism) to reach was achieved by Milner moving forward from classicism. The comparison however does not always work in Milner’s favour. 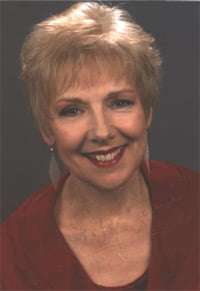 Formally “Roman Spring” is an altogether freer conception than “Salutatio Angelica”. The Latin text is assembled from a variety of sources “around the themes of spring and the renewal of love”, somewhat in the manner of Britten’s “Spring Symphony”. Like that work, it also culminates with a ‘pagan’ interpolation in its finale. There are many passing attractions but I find ultimately a fatal lack of memorability in the material. The musical gestures glance off the listener without making any real purchase in the memory banks. For that reason, what is intended as the clinching reappearance at the very end of the theme of the opening setting hangs in the air unconvincingly – one hadn’t really remembered it. Contrast that with end of “Scenes and Arias” and you have a good illustration of the difference between a major composer and a minor one.

Both of Milner’s works are certainly given dedicated performances in these Decca recordings from the early 1970s. The London Sinfonietta, well away from its core repertory, is on fine form and the London Symphony Chorus is well-drilled (it is good to see chorus-master Clive Wearing getting a credit these days in something other than a medical context). Felicity Palmer and Robert Tear, both in their glorious prime, are an ideal pairing of soloists – Tear’s trademark boyish enthusiasm in particular sitting well with the exalted tone of the music.

In many ways, Lyrita performs the same function with regard to one sector of 20th-century British music as the NMC label does for another. The two are wholly complementary and only someone determined to restrict the range of their musical experience would not wish to draw pleasure and stimulation from both. Heartily recommended.