Shakespeare has provided inspiration for many composers. Harrow- and Cambridge-educated Henry Hugo Pierson (1815-1873) wrote his symphonic poem, Macbeth, in 1859 – when Elgar, composer of a symphonic study based on Falstaff, was a two-year-old – and then Romeo and Juliet in the mid-1860s. Long before Berlioz had written an overture, King Lear, and a Dramatic Symphony “Roméo et Juliette”.

Pierson lived in Germany from 1845, altering his name from Henry Hugh Pearson to smooth his assimilation, and taught Hubert Parry among others. Macbeth is a skilfully crafted work, full of delicate touches and survives as music without a detailed analysis of the play; Pierson annotated the score with explanations and descriptions of each scene almost with the cinema in mind. The jaunty opening sets the Scottish mood with imitations of pipe-and-drum and the Scottish ‘snap’, but the mood darkens as the Witches make an appearance; there are passages which nod in Berlioz’s direction without descending into pastiche. While not in the French composer’s league, Pierson’s work deserves to be known better.

Alan Rawsthorne’s Cortèges, first performed at the Proms in 1945, is in two parts. An introduction that feeds both sections leads to a solemn adagio in the manner of a funeral march. The second part is more upbeat, an energetic tarantella, fugal rondo and climax where both themes are presented simultaneously, an effective conceit also used by Britten in the Fugue of his Variations and Fugue on a Theme of Purcell (Young Person’s Guide to the Orchestra), after which the procession dies away, leaving fingerprints of the recent war. Barry Wordsworth and the Royal Philharmonic present Pierson’s and Rawsthorne’s rarities in satisfyingly idiomatic readings.

David Morgan’s Contrasts (1974) shares a two-part construction with Rawsthorne’s work, both using two themes, and is, so the booklet note says, dedicated to the memory of Shostakovich – composed between October and December 1974 and first performed on 2 January 1975, continues the booklet note: yet Shostakovich died on 9 August 1975! Contrasts has a substantial first movement full of sombre colours punctuated by an acerbic scherzo in the centre, the first theme using Shostakovich’s D-S-C-H monogram. The second is an energetic toccata with a slower and more serious dance-like centre, and ends with a positively rumbustious and Waltonesque fff. 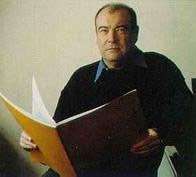 Morgan was a rising star in his youth, the first student to have been honoured by the Royal Academy of Music with a concert consisting entirely of his own works. Sinfonia da Requiem is worth investigating, but it is difficult to find much on Morgan’s activities from 1974 to 1988, the year of his death, the latter not picked up on by Lyrita; he was born in 1933. Vernon Handley conducted the premiere of Contrasts with the RPO; they give a characteristically excellent outing to this neglected masterpiece. It is to be hoped that Erich Gruenberg’s Lyrita recording of Morgan’s Violin Concerto will also appear.

Francis Chagrin’s Helter Skelter derives from music written for the eponymous film in 1949, starring David Tomlinson and Carol Marsh, supported by Basil Radford and Naunton Wayne, Harry Secombe, Terry-Thomas and Jimmy Edwards. Chagrin, born Alexander Paucker, described himself as “Romanian by birth, British by nationality and cosmopolitan by inclination”. In addition to writing a good deal of music for films, he wrote a couple of symphonies and a piano concerto. Helter Skelter, as can be surmised, is a comedy overture, and splendidly performed by the London Philharmonic under Sir John Pritchard.

Peter Warlock’s Serenade was written for Delius in celebration of the latter’s 60th-birthday and pays homage to Delius’s rich style. Nicholas Braithwaite and the LPO’s strings play the lush harmonies exquisitely and the wistful middle section is suitably touching.

The programme ends with Malcolm Arnold’s Beckus the Dandipratt, written in 1943, and first performed by the LPO under Eduard van Beinum in 1947, the composer playing the trumpet (he was a member of the LPO) in the recording made in the same year. A dandipratt is an urchin. Arnold’s has several adventures, some comic, others with a darker hue, and by the end of the piece the listener learns that Beckus is quite unrepentant in his misbehaviour. This work has been recorded several times, including the composer, and this is a fully satisfying rendition by the LSO under Nicholas Braithwaite.

This generous offering from Lyrita is superbly re-mastered by Simon Gibson; another winner from this resourceful label.