Set down in conjunction with an acclaimed tour across Europe during the autumn of 2006 and released to mark Michael Gielen’s 80th-birthday in July 2007, this “Gurrelieder” (Songs of Gurre) has already garnered golden opinions (it won the choral category at 2008’s MIDEM Classical Awards at Cannes). Such plaudits are richly merited, though the total timing of 122 minutes (the timings for the 2 SACDs are transposed) may initially raise an eyebrow or two: this would appear to be the most expansive recorded account of “Gurrelieder” to date.

In the event, any fears prove unfounded: patient tempos go hand in hand with this experienced maestro’s customary iron grip and mastery of internal balance to ensure that the building-blocks of Schoenberg’s gigantic edifice are laid bare as never before. Indeed, the finished article chimes precisely with the conductor’s own thoughts on the piece as vouchsafed in the annotation: “What is special about this is that the liana-like proliferation of art nouveau is here constructed polyphonically and therefore must not dissolve into perfume-drenched euphony.”

In all of this Gielen has been handsomely served by the SWR production-crew. Two venues are listed but the engineers have worked miracles, for the sound is as spectacular as it consistent and not only conveys the necessary sense of occasion (a ‘happening’, if you will) but also manages to combine exhilarating depth, presence and opulence with amazing levels of detail, particularly in the lower reaches. (According to the booklet information, Gielen’s reaction on hearing the final edit was an entirely understandable “Hallelujah!”)

What’s more, the orchestral playing evinces a familiarity and dedication that surely stem from countless hours of painstaking preparation yet without any diminution of wide-eyed wonder, emotional heft or yielding tenderness, the strings in particular responding with a radiant glow that can take the breath away (what bewitchingly songful fiddles in the glorious orchestral interlude prior to the ‘Song of the Wood-Dove’). Likewise, the singers of Gielen’s joint choirs (an amalgamation of Bavarian Radio and Leipzig Radio forces) cover themselves in glory; their giddy C major sunburst at the start of the final chorus (“Seht die Sonne”) explodes with unforgettable cumulative impact. 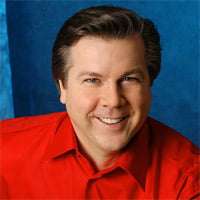 As Waldemar, Robert Dean Smith sings with intelligence and unstinting ardour but his slightly dry timbre takes some adjusting to and his tone tends to harden in Parts 2 and 3. Melanie Diener makes an appealing and involving Tove (she also appears on Robert Craft’s now-on-Naxos set and has well and truly assimilated the role into her bloodstream). If a little lacking in sheer projection, Yvonne Naef, too, emerges with considerable credit as the Voice of the Wood-Dove – though I do find it almost impossible to banish memories of Brigitte Fassbaender’s laceratingly intense and anguished assumption for Chailly (Decca). Gerhard Siegel makes a convincing Klaus-Narr, as does Ralf Lukas as the Peasant. Andreas Schmidt’s recitation intermittently (and unexpectedly) bursts into song.

How to sum up? I would not want to be without either Chailly and Sinopoli in this heady canvas (the latter’s underrated live recording from the Semperoper for Teldec with the Staatskapelle at its lustrous best represents the highlight of his Dresden tenure). At the same time, no-one who loves this music should fail to investigate this penetrating and distinctive newcomer. Gielen’s supremely well-integrated and (above all) characteristically selfless conception has a thrilling inevitability, authority and sweep that proclaim a conductor at the very peak of his powers. Rumours abound concerning Gielen’s retirement: heaven forbid that he should even contemplate such action!