Weinberg
Children’s Songs, Op.13
Beyond the Border of Past Days, Op.50
Rocking the Child, Op.110

Contrast persists in the third song, a narrative of youthful eagerness thwarted: Yankele wants to be a huntsman. Attempting to practise with a broomstick, he suffers a facial injury and has second thoughts about his ambition. A furious galloping accompaniment expresses the physical exhilaration he seeks and acts as an ironic coda after he has been brought own to earth. After the accident the music loses its energy as the singer delivers her homily, largely in a solemn monotone, to the naïve young man. ‘On the Green Mountainside”, set in Jewish folk-dance style, is the story of a birch tree and its attempts to sleep. Kalugina is a little po-faced here, where one might expect more unbuttoned exuberance.

These four songs can be perceived as a reflection of Jewish family life in several endearing respects; as David Fanning says in his valuable booklet notes, this cycle has as much right to be entitled “Jewish Songs” as the Opus 17 set. He explains the political reasons why they were not. The final song depicts the destruction of that communal living, as the singer returns to her home to find it destroyed by war and her mother killed. Kalugina’s power now comes into its own as she thunders out her protest at the violence and her loss against forceful oscillations in the piano part. The two artists also handle well the gradual ebbing of their anger in the succeeding verses. The frame is completed as the soprano reverts to the original vocalises, though they and the pianist’s phrases break into melancholy fragments before the latter utters a defiant major chord. This ends a cycle that has many rewards.

Before the composition of “Beyond the Border of Past Days” in 1951 Weinberg had fallen foul of the so-called “Zhdanovshchina”, the official campaign against modernism in music (he was later to spend time in prison). Though Weinberg’s advocates would deny his having made any compromise with cultural Stalinism, I hear in this cycle a more accessible musical style, or rather a mixture of styles, because once again the settings, this time of the early poems of Alexander Blok, are heterogeneous. There is a strong element of pastiche in some of these songs. The second one, for example, ‘War rages indomitably’ could be a late eighteenth-century Romance, with its patterned accompaniment, simple melody and largely strophic form. ‘Much has fallen silent’ begins with Mahlerian bare chords, while ‘A Summer Evening’ starts and ends like a Clementi keyboard sonata.

This cycle is given to a mezzo. The lower register of Svetlana Nikolayeva suits the solemnity and sensuous word-painting of the opening song, ‘Dedication’, but she comes unstuck in the similar atmosphere of ‘What for?’, a song which recommends renouncing former inspiration; here the tessitura has shifted up significantly and the singer’s E flats have a distinct wobble. Nikolayeva is closely recorded and her vocal bulk would overwhelm the miniaturism of ‘A Summer Evening’ even if the singing itself were not as wayward. In the elegiac ‘Someone was sighing at the grave’ greater vocal control at the climax brings about the best balance between words and music.

One of the features of Weinberg’s music is equanimity in the face of hardship and suffering. His choice of poems in this cycle partly reflects this: ‘War burns indomitably’ proclaims a Utopian world to come. Several of the texts invoke twilight or night but those conditions bring not fear or loneliness but creativity, romantic union and fulfilment. The concluding song, ‘Memory’, offers a view of the recollection of past unhappiness as deliberately cathartic. 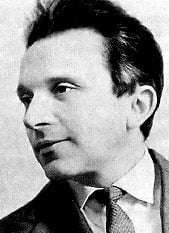 “Rocking the Child”, a cycle on texts by the Chilean poet Gabriela Mistral, stems from 1973 and provides a return to the theme of childhood, with much attention to the protective role of the adult. In ‘And I am not alone’ much is achieved with a minimum of means. Chords at the start of each phrase release the singer to deliver the words in a semi-improvised line. In ‘Night’ two bare independent lines provide the equivalent economy. ‘The Rose’, with its analogy of the flower closing as a mother wraps her child in safety and affection, finds Kalugina investing her tone with warmth in a most touching song. Her ability to colour her tone is to be heard in another of the treasures of the cycle, ‘Fear’, in which a rather ingenuous mother expresses her frantic desire to preserve her daughter’s innocence. The rocking rhythm which pervades much of the cycle may be conveyed through a re-assuring lilt, as in ‘Rocking the Cradle’, or by a constant percussive oscillation in the disturbing ‘Little feet, little hands’, about child beggars.

Pianist Dmitry Korostelyov copes with this kind of contrast and with the widely-spaced octaves that are a feature of Weinberg’s writing and with the range of musical styles with aplomb. Lyrical melody and late-Romantic harmony can be heard throughout but soothing luxuriance of sound is not to be relied on: the piano part in particular makes unforeseen excursions beyond the world of tonality.

Mieczyslaw Weinberg is a composer who keeps us guessing but his music always remains on a human, rather than an abstract level. I sometimes sense an almost post-modern dislocation between words and music but this is a composer who is not afraid to mix conservatism with imagination. This is an enterprising issue and will reward the listener who is prepared to explore musical repertoire whose significance has not yet been acknowledged. Texts are provided in Cyrillic, with English translations by Professor Fanning.