Herrmann
Psycho, Vertigo, The Man Who Knew Too Much, North by Northwest
Tiomkin
Strangers on a Train, Dial M for Murder
Waxman
Rebecca, Rear Window

Alfred Hitchcock was either very shrewd or just lucky in his choice of composers to score the music for his films. Having worked in the silent movie era Hitchcock never lost his taste for presenting his stories in visual terms. In many of his films he lets the action rather than the dialogue speak for itself. Such instances include the tennis match in Strangers on a Train in which the tension builds without a word of dialogue as the hero (acted by Farley Granger) plays against time in order to escape a charge of murder; or in Dial M for Murder, where Ray Milland’s character plots to have his wife strangled; or in Rear Window where everything is seen from the point of view of James Stewart’s lone, injured photographer gazing out of a window; or Torn Curtain in which Paul Newman endeavours to kill a man without being heard in the process; or in Topaz where there is a wordless game of cat and mouse in the porcelain shop.

When Hitchcock was making his early British films in the 1930s, often little or no respect was paid to the accompanying scores. In the silent era the cinema pianist would usually play existing music to create an atmosphere appropriate to the scene being projected. Perhaps, when talkies came in, the cinema was so obsessed with the sound of the dialogue, that the music was almost forgotten. Looking at the list of Hitchcock’s films from the 1930s, there was often no credit for the composer or the musical director: conductor Louis Levy did not always receive a credit for his early contributions, even though he worked for Gainsborough Studios, Gaumont-British and the Associated British Picture Corporation for over thirty years.

Composers who worked with Hitchcock include Erich Wolfgang Korngold (Waltzes from Vienna, 1934), Arthur Benjamin (The Man Who Knew Too Much, 1935), Jack Beaver (The 39 Steps, 1935), John Greenwood (Secret Agent, 1936), and Eric Fenby (Jamaica Inn, 1939). Hubert Bath and Charles Williams also worked on Hitchcock films but were not always credited. It was not until he went to the USA from 1940 that film scores were taken more seriously, employing refugee composers such as Franz Waxman (Germany), Dimitri Tiomkin (Russia), Miklós Rózsa (Hungary) and Bernard Herrmann (of Russian origin) who, like Korngold (usually described as Austrian) brought a more European style of composition to Hollywood and in the process wrote some of the best and most memorable scores ever committed to film.

For this Toccata Classics release of Music for Alfred Hitchcock, John Mauceri and the excellent Danish National Symphony Orchestra concentrate on the three composers that Hitchcock used, Franz Waxman, Dimitri Tiomkin and Bernard Herrmann who collectively scored for sixteen films, most of which are among Hitchcock’s finest work. 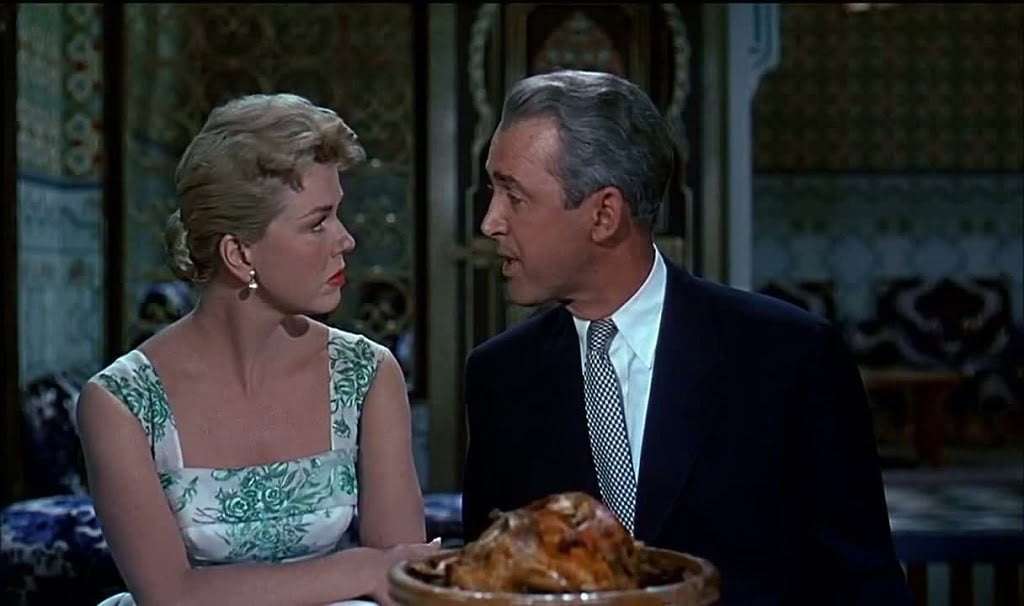 The opening track is Herrmann’s Concert Overture from The Man Who Knew Too Much, the 1956 re-make of Hitchcock’s 1934 version about an assassination attempt and the kidnapping of a child, the climax of which is a shooting during a concert at the Royal Albert Hall as the cymbals crash during the finale of Arthur Benjamin’s Storm Clouds Cantata, which the composer wrote for the 1934 film, and which is included on this disc. The Overture is a splendidly boisterous piece with timpani to the fore. Benjamin’s cantata, as arranged for the re-make by Herrmann to make it more exciting as it protracts the action, a search for the assassin in the Royal Albert Hall. Klaudia Kidon and the Choir give a splendid performance which recalls the excitement of the film sequence which at nearly ten minutes is a long time in the cinema to keep an audience on the edge of its seats waiting for the climax.

Vertigo (1958) was ill-received by critics and public alike. The plot, based on a thriller by Pierre Boileau and Thomas Narcejac, deals with one man’s obsession with a woman he sees falling to her death. Suffering from vertigo himself, when he sees another woman exactly like her, he tries to recreate her in the same image as the dead girl. James Stewart played the hero with Kim Novak as the women in question, but the tortuous plot left many cold. However, it assumed iconic status and even reached the dizzy heights of knocking Orson Welles’s Citizen Kane off the top place in Sight & Sound’s 100 Best Films of All Time critics’ poll in 2012. Citizen Kane (1941), like Vertigo, also has music by Bernard Herrmann, his first film score. 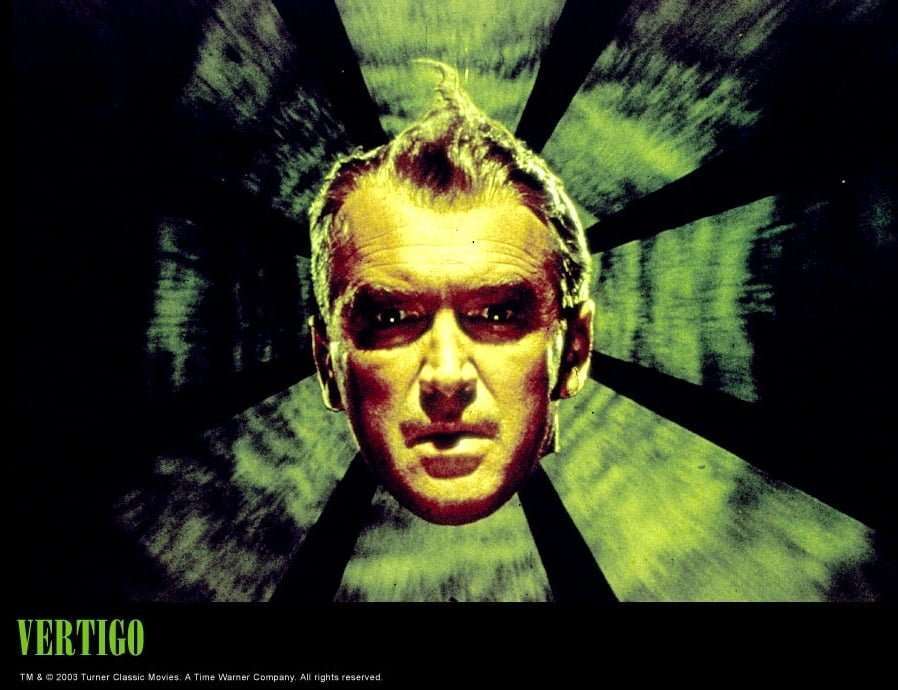 Perhaps Vertigo was before its time, for it certainly looks superb in Robert Burks’s pellucid cinematography, with a dreamlike quality that’s almost surreal, as Stewart drives around San Francisco looking for his ideal woman. The music is also dreamlike and has been compared to Tristan und Isolde. The Prelude music evokes feelings of acrophobia and vertigo as Saul Bass’s credits drop down to Hermann’s falling theme using strings and horns for the effect. In ‘Scène d’amour’ Tristan is evoked once again as Stewart tries to dress Judy as Madeleine, in a theme that feels otherworldly, a genuinely spooky nightmare from which he cannot wake up. Strangely enough, director Michel Hazanavicius, or his composer Ludovic Bource, used the same theme in The Artist – the 2011 Oscar-winning ‘silent’ film – to good effect although that film, being a romantic comedy, did not pack the same punch as the psychologically complex Vertigo.

Herrmann is also represented by North by Northwest (1959), this reviewer’s favourite opening to a classic film thriller. Hitchcock and Herrmann immediately create a level of urgent expectation, a fandango that drives ever onward while Bass’s credit-titles appear and then vanish from the sides of a stylised building design, finishing with a grand flourish as Hitchcock makes his signature appearance by literally just missing the bus.

Psycho: A Narrative for String Orchestra is a compilation of Herrmann’s themes from the 1960 film which he recorded in 1968. Here it has been restored and edited by Mauceri. The main theme in which the heroine (Janet Leigh) is seen driving away after stealing money from her bank employer, has almost the same effect that John Williams’s music for Jaws would have some fourteen years later. Not perhaps as reminiscent of Stravinsky as the Jaws theme is, but it is equally spine-tingling and perhaps all the more so, as the film, which was dark enough anyway, was shot in black and white. The music, written for strings only, has a very claustrophobic feel to it. The slow music takes us on a journey through the killer’s house, while the famous shower sequence in which we see nothing but imagine everything, is as scary as any horror scene in the whole of cinema. Hitchcock didn’t want any music at all for this sequence but was persuaded by Herrmann to include it. It is impossible now to imagine the knifing scene without Herrmann’s frightening stabbing strings. In fact it is impossible to imagine any frame of Psycho without its music, as it is a perfect example of visuals and sounds being impeccably matched.

If Franz Waxman and Dimitri Tiomkin don’t quite reach the pinnacle that Hitchcock achieved when working with Herrmann, their scores are nothing if not memorably good. The suite for Rebecca (1940) has been edited by Mauceri and includes the mysterious ‘Prelude’, a theme for Rebecca herself, the first wife of Maxim de Winter; ‘After the ball’, in which the second Mrs de Winter wears a dress similar to that of her predecessor; ‘Mrs Danvers’, a musical portrait of the strange housekeeper at Manderley, the de Winter home; ‘Confession Scene’ and ‘Manderley in Flames’, the finale of a richly rewarding score and one that is played more or less non-stop throughout the film.

In Rear Window (1954), Waxman’s score is quite different as it opens to a riff over the titles. James Stewart as the injured photographer has just one panoramic view over the tenement block opposite (one of the biggest studio-built sets) and the jazz music tells us something about the hero and his artistic tastes. Waxman also incorporates other snatches of music and songs of the time heard coming from the other apartments in the block, and he even cannibalises a theme from his own score for A Place in the Sun. If the music in Rear Window is not the first thing we remember about the film, this proves that it is doing its job, creating an ambience but not drowning out the visuals. 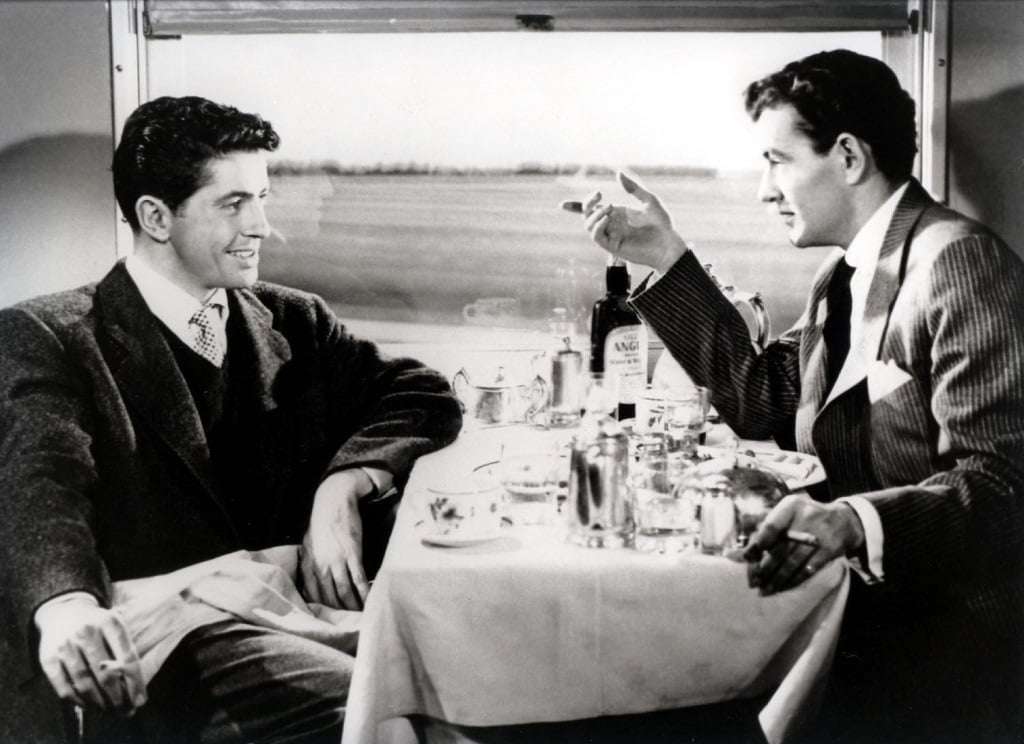 Dimitri Tiomkin is represented by Strangers on a Train (1951) and Dial M for Murder (1954). The first deals with a proposed murder swap in Patricia Highsmith’s devious plot in which a psychopath (Robert Walker) meets a tennis star (Farley Granger) on a train and offers to kill his wife if he will kill his father in exchange, in a perfect, motiveless crime. Tiomkin uses many different types of music including a fugal passage and well-known songs. It is one of Hitchcock’s most exciting thrillers and the music plays its part in underscoring the nail-biting action with great élan. Dial M for Murder has a similar plot, although here it is Tony, the tennis player (Ray Milland) who is trying to create the perfect murder by blackmailing an old crony (Anthony Dawson) into murdering Margo, his two-timing wife (Grace Kelly). The film, like the Frederick Knott play it was based on, is plot-driven, although Hitchcock tried to get some atmosphere into the single set (shades of Rear Window) by untypical lighting effects and experimenting with 3D. The music adds to the ambience of murder in the air with a genuine frisson in the recurring elegant waltz themes and a passage that recalls Boris Godunov. The stabbing of Dawson by Kelly is also reminiscent of a similar effect in Blackmail (1929) but that killing was done in silence!

The disc is completed by Danny Elfman’s Music for the End Credits of Hitchcock, Sacha Gervasi’s 2012 biopic about the shooting of Psycho with Anthony Hopkins playing Hitch. Elfman had adapted Herrmann’s score for Psycho when Gus Van Sant made his superfluous re-make of Hitchcock’s masterpiece in 1998. The music has an air of pastiche about it, written in a similar style to that of Herrmann’s compositions.

Some of the tracks are first recordings. All in all, this is a valuable addition to the recorded film music canon. The booklet notes, which include stills from the films, are an introduction by John Mauceri (the editor of some of these scores) and a longer essay by John Riley.