Recordings made between 1929 and 1937 in Hochschule für Musik, Berlin

Technically this is a mixed blessing but the release is very revealing concerning musical performance in the late-1920s and the 1930s.

Wilhelm Furtwängler (1886-1954) did not necessarily conduct the same work in the same way at each performance and a striking example of this is to be found in the case of Eine kleine Nachtmusik. I was disappointed by his 1949 Vienna Philharmonic recording finding it over-weighty and it included fluctuations of tempo that were surprisingly unsubtle. The 1936-7 Berlin version included here is beautifully expressive with the most delicate inflections of pace that never interrupt the flow of the music. This element is not applied everywhere however and, most suitably, the Minuet remains rhythmic and dance-like throughout. The most appropriate comparison of that time is to be heard in the Classical approach by Erich Kleiber in his 1934 Telefunken recording using fewer members of the same orchestra. This was notable for its remarkable clarity of texture. Furtwängler’s interpretation complements it beautifully and his added expressiveness does not detract from the basically ‘classical’ philosophy of the approach. It is an interesting notion to push the subsidiary sections of the second movement ‘Romanze’ forward in tempo – and conductors do not often use this interpretative idea, but both Kleiber and Furtwängler feel the music in this way and although far from ‘period’ in conception, it is very effective. I regret that Furtwängler omits the outer movement exposition repeats (no doubt inevitable in the limiting days of 78s) but nevertheless this remains a delightful performance. The warm, clear quality of the recording provides some of the best sound on this disc; just one complaint – surely the sound did not need to be ‘faded to black’ between movements. I can accept this practice between the various overtures but surely modest background noise could have been sustained during the same work for the sake of continuity. 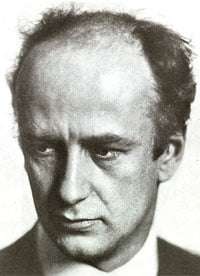 Searching for a way to describe the performance of the J. S. Bach items I can only come up with the word ‘period’ but I do not mean performance in the style of the time of composition, rather I refer to the conventions of the period in which the recording took place. The full weight of the Berlin Philharmonic strings is used in order to represent the nine melodic instruments that Bach expected to hear in this Brandenburg Concerto (recorded 1930). He would also have expected a continuo group – probably violone and harpsichord but failing that a lute or a theorbo – in any event something struck or plucked – but no such convention is employed here other than the added weight of a number of double basses. I do recall one very interesting ‘modern’ performance of this work – it took place in the Royal Festival Hall under Jascha Horenstein. In the midst of the full complement of orchestral strings there was a harpsichord – the balance was excellent, despite the numbers involved, Bach’s inner parts were very lucid and the harmonies, authentically provided by the harpsichordist, balanced beautifully and were audible in ideal proportion. How could this be? Well one needed to look carefully at the harpsichord and an amplification system could be seen nestling beneath it. No such tricks of pseudo-authenticity are evident in Furtwängler’s recording. It seems that this is how Bach was accepted in those days – the music is all there, well phrased but with some surprising tempo changes.

Accept the conventions of the day and the immensely slow ‘Air’ from the Suite in D (1929) is a moving and beautiful experience. Incredibly, the ‘old’ sound enhances the anachronistic romanticism of the performance despite this being the most ancient of the recordings presented here. I do not mean to be pejorative in my description when I suggest that this is Furtwängler being Stokowski.

The two Mozart Overtures (1933) had a rival 78 when Karl Böhm recorded them with the Saxon State Orchestra. Memory suggests that the sound of that recording was superior. The Furtwängler is terribly remote at the start of “Die Entführung” and certainly the percussion was bolder with Böhm but Furtwängler’s liner-note writer remarks: “the Turkish percussion is touched in rather than dominating”. This is certainly an accurate description and perhaps it makes its point more sympathetically than does my own reaction, which is simply that that these instruments sound unusually quiet. Incidentally Böhm plays the music as Mozart originally wrote it, ending inconclusively in mid-octave at the point where the first aria commences whereas Furtwängler uses a concert ending. His ‘Marriage of Figaro’ Overture is well enough done and the balance is adequate except for the coagulating bass (a typical feature of recordings of that period) but I don’t find that this performance has any special features.

The very old Schubert Rosamunde tracks (1929/30) are of sufficient quality to illustrate the masterly style of the conductor. Subtle but important, the timpani parts in the ‘Overture’ are recorded disappointingly but the shaping of the music is eloquent. The ‘Ballet Music’ is ideally expressive – lovely clarinet-playing – and the proper coda (a simple repetition of some of the earliest bars) is used. There are various versions of this score (Kleiber used a particularly unsatisfactory edition for his otherwise-excellent recorded performance) but Furtwängler employs the most satisfactory text. This leaves the movingly beautiful ‘Entr’acte’ – very ancient sound, but, oh, what superb phrasing! The gentle downward motion of the basses each time the repeated main theme reaches its close is magical.

I cannot pretend that this is among the most striking of refurbished recordings. Much of the basic material is obviously unremarkable and Mark Obert-Thorn has done admirable work in making it listenable – but generally he could not have been expected to make the quality more than merely acceptable. Nevertheless, despite sonic handicaps, we are presented with the genius of Furtwängler in an earlier context depicting a style that differs from the post-war era when most of his recordings were made.