Handel
Acis and Galatea – Masque in two acts [“Scenes from…”]

[The original recording, already an abridgement of the score, has been cut to accommodate the work on one compact disc]

Chandos’s “Opera in English” series, produced in association with the Peter Moores Foundation, has, since its inception in 1995, generated some forty complete operas in independent recordings, plus a number of recital CDs, also in the vernacular, featuring English-speaking singers, most of British nationality. There are also some supplementary issues, Chandos taking responsibility to re-issue recordings from other sources. Now it has licensed to re-issue the 1959 Decca recording (first issued on two L’Oiseau Lyre LPs, SOL 60011-12) of Handel’s 1718 Masque, “Acis and Galatea”, long missing from the catalogue.

The dimension to the work, which is not given its full due in this recording, is its humour. The dramatis personae in “Acis” have a caricatured element to them: the super-delicate Galatea, the wimpish Acis, the schoolmasterly Damon and the cartoon villain Polyphemus. In writing music for each of them, however, Handel displays all the command of vocal and instrumental resource that he was later to exploit in his full-scale stage-works. Take, for example, the music which announces the arrival of Polyphemus: the extended choral fugue, the ponderous chords which depict his massive stride, the trembling figures which represent his effect on nature itself and the long semiquaver runs for the basses at “Hark how the thund’ring giant roars” with which the chorus announces his arrival. These devices are surely used in this pantomime context with tongue in cheek. Later Acis’s air ‘Love sounds th’ alarm’ has a martial line but the trumpet fanfares are simulated by the strings! This is Handel proving that he can laugh at himself.

I know many collectors who have an allergic reaction to the voice of Peter Pears. For those who prefer a more operatic timbre in music which has been recorded by British lyric tenors (Heddle Nash and Richard Lewis) and even dramatic ones (Walter Widdop), the basic sound may seem effete and the enunciation precious. However, he is here at the height of his powers, rising 50, and his voice had not yet developed the beat that mars some of his later recordings. It should be agreed by all that he shows admirable breath control in Handel’s extended phrases and approaches the high notes of ‘Love in her eyes sits playing’ with a liquid delicacy, which is seconded by the Philomusica of London’s instrumentalists. In ‘Love sounds th’alarm’ the tone hardens less agreeably.

The character of Damon is played by David Galliver in an English cathedral chorister-type tenor, perhaps appropriately, as the character does little except piously tell Acis what is good for him! Galliver manages the runs in his aria efficiently, at some risk to exact intonation. 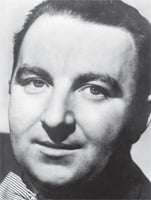 The singing of the role of the monster Polyphemus presents the major question-mark over this recording. Owen Brannigan, though a much-loved singer and performer, simply does not have the vocal skills to encompass the music. I have been astonished to read his performance praised and admired both in reviews at the time of the recording’s original issue and following this re-issue. He blusters his way through the introductory recitative, smudging the very first run. The florid passages in ‘O ruddier than the cherry’ are sprinkled, nay, drenched with aspirates and the peak notes at the start of many of the runs are launched with an explosive bawl. A few added decorations in the da capo do little to compensate for what is simply inept singing, even if it does confirm the characterisation of Polyphemus as a pantomime villain. Singers of a previous generation, for whom, ironically, it was unthinkable that Handel’s operas could ever be restored to the stage, used such music to hone their skills. Readers might care to seek out the peerless version of this aria by Peter Dawson: absolutely even production, crisp rhythms, words perfectly poised on the breath, immaculate divisions and a fearless top G to round off the aria.

The soloists originally took the chorus part, one to a line. The choral forces used here are greater than that and in some places, such as the final chorus, sound too heavy. The St Anthony Singers, who, to my ears, include male altos (a 1960 review suggests that the line is taken by tenors), establish straight away in the opening chorus a strong collective character: no refined aristocrats of the countryside these, rather a down-to-earth rural community. They dance to the semiquavers and leap exuberantly to the notes assigned to the words “free and gay”. In the later chorus of lamentation ‘Mourn all ye muses’, with its off-the-beat outbursts “Groans, cries and howlings”, they embody something of the mock emotion I mention above.

This is not, of course, a ‘period’ instrument performance, though the presence of Thurston Dart at the harpsichord suggests a commitment to authenticity of which he was one of the first dedicated proponents. Sir Adrian Boult is not associated with Baroque music and some will find his tempos for the recitatives dolefully slow but, in contrast, in the opening Sinfonia he sets a brisk pace and emphasises the driving rhythms, while in that opening chorus he scrupulously observes the many staccato markings and accents. The Philomusica of London is a willing partner.

Other recordings of this exquisite work are many and varied: the different textual versions are represented, including Mozart’s arrangement, conductors include Christie, Gardiner and Pinnock and soloists Kirkby, Daneman, Gomez, Ainsley, Tear, Rolfe Johnson, Covey Crump, George and Thomas. This now-Chandos recording is not in direct competition with them but will be welcomed as a substantial reminder of how beautifully Dame Joan sang at the start of her international career. Rachel Smith’s re-mastered sound should satisfy all ears. Chandos and Sir Peter Moores are to be thanked for restoring it to circulation.