Hats off to ICA Classics for an invaluable restoration of an altogether exceptional document. First broadcast on Easter Sunday, 14 April 1968, this transmission in early colour of Elgar’s The Dream of Gerontius under the baton of the composer’s most selfless champion represents a remarkable achievement. Producer Brian Large’s original intention had been to use Worcester Cathedral, but in the end Canterbury was chosen instead: not only did the authorities agree to close the Cathedral to allow the BBC cameras unencumbered access, its proximity to London meant that the members of the chorus were able to sleep at home. Unfortunately, the Cathedral organ was out of action, so a closed-circuit link to the instrument of a nearby church was quickly set up. Filming took place over three days, the last of which entailed capturing some fascinating and rarely-seen images of the awe-inspiring Cathedral itself (and which are interwoven into the fabric of the film with great imagination).

Sir Adrian Boult was invited to a special pre-screening at Television Centre and was delighted with the results. He also heaped praise on the singing of Janet Baker and John Shirley-Quirk (“I don’t think any of the old guard could surpass them”) but was rather less persuaded by Peter Pears’s contribution: “PP surprised me too [he made several mistakes in the text]. He hadn’t sung the work for 20 years, apparently, and did take a lot of trouble, but anyhow to miss “the pain has wearied me” etc does seem queer.” No matter, Pears’s remains a memorably fervent assumption, and he was of course to team up again with Shirley-Quirk four years later for Benjamin Britten’s famous Decca recording.

I need hardly add that Boult draws a splendidly alert response from his massed LPO forces, his conception marvellously unforced, noble and purposeful (try from “Proficiscere, anima Christiana” to the end of Part I – extraordinarily powerful music-making!). In fact, my only gripe of note is that we don’t see enough of Sir Adrian himself (he disappears from view for much of Part II). Still, it’s a deeply nourishing experience overall, with excellently clean picture quality and commendably full-bodied sonics. 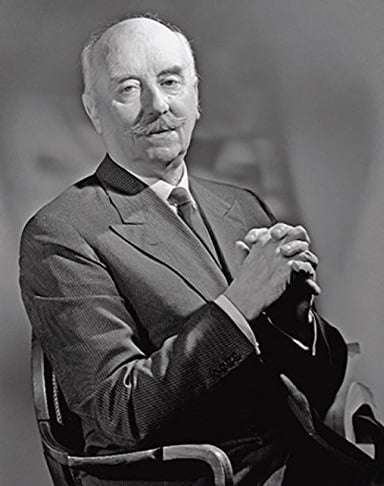 There’s a substantial bonus, too, in the shape of a compelling BBC TV portrait which was broadcast on the centenary of Boult’s birth, 8 April 1989. Presented by Vernon Handley, it boasts some treasurable footage from two programmes of British music broadcast in April and August 1970 of Sir Adrian conducting the LPO in Vaughan Williams’s Fifth Symphony, the ballet music from Holst’s The Perfect Fool and ‘March’ from Bliss’s Things to Come, in addition to a superbly feisty Elgar Introduction and Allegro with the strings of the Philharmonia Orchestra dating from January 1964 (Croydon’s Fairfield Halls was the venue), as well as virtually the only surviving film of him at the helm of his own magnificent pre-war BBC Symphony Orchestra (in Elgar’s Pomp and Circumstance March No.1 and the opening movement of Beethoven’s Fifth).

Handley is a characteristically lucid, insightful and personable guide, and there are also terrific contributions from a host of distinguished colleagues, not least the composer Malcolm Williamson, who speaks perceptively of Boult’s “enormous flexibility inside a bar, inside a section, inside the whole work. It was as if he had a great piece of sculpture in his mind – the entire work in stasis, set hard.” The documentary closes with Christopher Cook’s eloquent delivery of a moving diary entry, perhaps the nearest that the young conductor got to a personal manifesto both on his role as an interpreter and his place in the grander scheme of things: “Making pictures and patterns of the notes is not enough. Knowing the composer’s mind is not enough. I must pull down the ultimate beauty and truth of music as God’s imagination for healing and peace of mankind through myself to people on earth.”

This is, quite simply, an issue to cherish. The booklet (confused over recording and broadcast dates) includes Cardinal Newman’s text for Gerontius.