Born Ludwig, but better known as Louis, composer, violinist, conductor and teacher Spohr (1784-1859) enjoyed fame, popularity and respect during his lifetime, his fine reputation continuing posthumously and then waning. He is due and seems to be getting a reappraisal.

The Grand Concert Overture (1819) here receives its first recording. It is sonorous, spirited and beguiling, with some leanings to Mendelssohn, and if the piece doesn’t have the distinctiveness of that composer it is nevertheless an enjoyable entrée into the symphonies recorded here as well as signalling the fine performances and sound to be found on this Hyperion release.

These works show both ‘muscle’ and lyricism, the music is generally polite and good-natured. The opening of the First Symphony reminds of the corresponding part of Mozart’s ‘Prague’ Symphony. Spohr’s E flat Symphony (1811) is cast on a large scale and Spohr’s construction and scoring is of a high order; the music trips lightly and curvaceously. 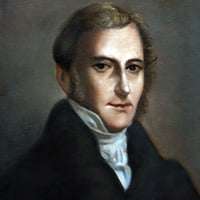 Once popular and highly regarded, Spohr’s music has fallen somewhat to the wayside. True, his musical ideas, while attractive, do not necessarily emulate in distinctiveness those of Beethoven, Mendelssohn, Mozart and Schubert – any one of which Spohr can seem to be at a given moment. Rather, he belongs to a particular milieu, respectful of his forebears and contemporaries, not one to make a scene or start a revolution, but seemingly happy to exploit his undoubted talent and easeful skills to write pleasing music. Turn, though, to the Larghetto con moto second movement of the E flat Symphony for something really ear-catching, a slow march darkly coloured and memorably contoured and then a robust and substantial scherzo before an amiable (rather Schubertian) finale sets the seal on a pleasurable and sometimes intriguing piece.

The Second Symphony (1820) begins in dramatic fashion, the ‘introduction’ proving to be integral to the movement as a whole, its unhurried demeanour embracing dignity and lightness. The movements that follow once again contain ideas that make immediate attraction – a warm-toned Larghetto, a scurrying scherzo and a mercurial finale – and if one is left with the feeling that ‘first movements’ find Spohr wanting in distinctive ideas (although he can match his lofty ideals in terms of filing in the form and working patricianly) he is unfailingly convincing in matters of scoring and elegant craftsmanship.

There are ten symphonies by Spohr. Maybe Hyperion intends to record the cycle (the label has previously championed Spohr’s chamber music)? It would be welcome, for Spohr may not be a ‘great composer’ but his music is genuinely enjoyable and not without novelty and Howard Shelley and this fine orchestra certainly have its measure.