And other artists, including Martha Argerich (piano)

This is a very handsome tribute to a great pianist: Stephen Kovacevich turned 75 on 17 October this year. His recordings for Philips, so often a jewel in the crown of that label, and now re-appearing on Decca, are presented as on LP and with the added advantage of the original artwork, which reminds that this Los Angeles-born musician (to a Croatian father and an American mother), who has been resident in London since the age of 18, was first of all Stephen Bishop, then Bishop-Kovacevich and, ultimately, Kovacevich.

I listened to the CDs in the order presented: to enjoy previous glories, discover new ones, and as a whole to be deeply impressed by these time-honoured treasures.

First up is Beethoven’s Diabelli Variations – how innocent is the Theme, how multi-faceted what follows in the 33 Variations, deft, dynamic and distinguished in Kovacevich’s reading. Of Beethoven’s Piano Concertos, there is a weighty and festive No.1, the pianist’s range of touch something to marvel at, and he and Colin Davis are the epitome of togetherness, the BBC Symphony Orchestra also conjuring a wonderful palette of colour and nuance. In this C-major work Kovacevich plays Beethoven’s longest cadenza, and then the two musicians conspire a sublime slow movement and a spirited Finale that engages without rush and with wit a-plenty. Also on this disc, as on LP, is a Sonata, Opus 10/1, feisty and contemplative, with a richly expressed slow movement and a mercurial Finale. In Concertos 2 & 4 a similar quicksilver response informs the outer movements of the earlier work, and profundity the slow ones. No.4’s Finale is daringly quick, and the trenchant account of No.3 is backed-up by the ‘Pathétique’ Sonata that sings wonderfully in the slow movement. The LSO ‘Emperor’ is suitably regal and at its heart is a spacious and magical slow movement, which unfortunately discolours a little due to over-zealous re-mastering. 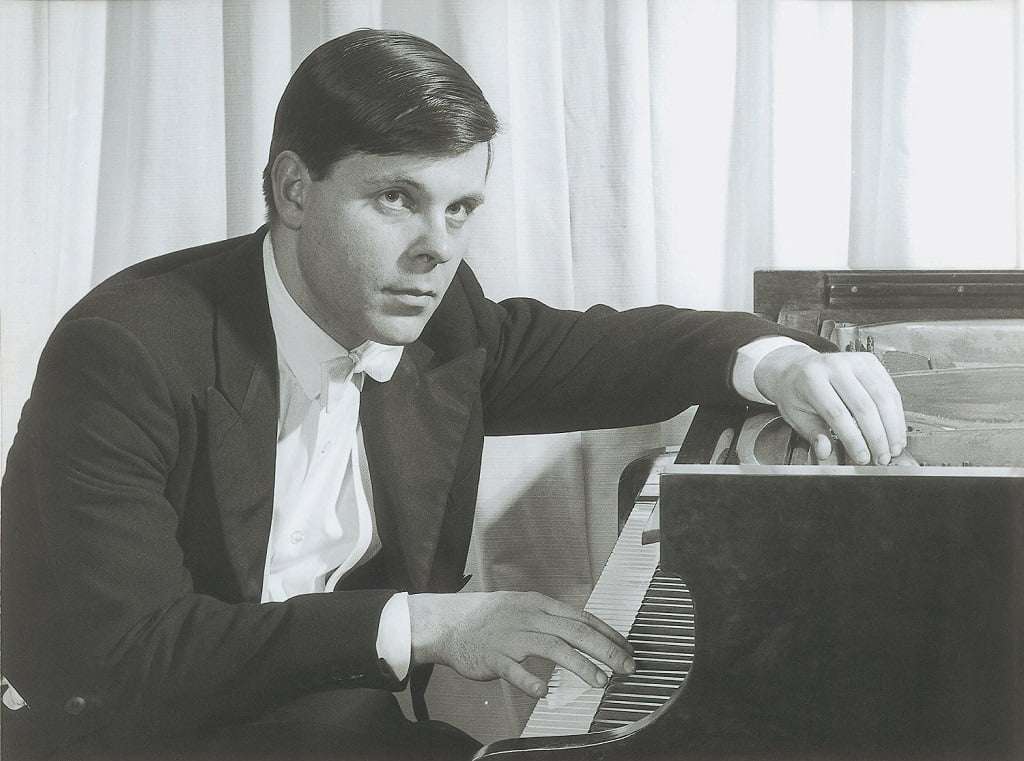 The other Beethoven Piano Sonatas here include searching and sublime accounts of Opuses 101, 109, 110 and 111 and, from earlier in Beethoven’s canon, superb versions of two of the Opus 31 Sonatas, the ‘Tempest (abundantly descriptive) and a puckish account No.3, the E-flat, entitled (here) ‘The Hunt’. On a smaller scale, yet of no less significance, are the 24 Bagatelles (collected under Opuses 33, 119 and 126), charming and ebullient pieces, one of which is just shy of ten seconds! Kovacevich invests much into them.

Which can also be said for Kovacevich’s magisterial Brahms, including both Piano Concertos, Colin Davis ensuring power and depth in No.1 (although the current re-mastering lacks some dynamism and brightness) – the Finale especially unbridled (controlled though) – and Concerto No.2 has its heroic and lyrical side amply attended to, and a selection of Brahms’s short pieces open up a big world. The digital sound for the release that includes the Opus 10 Ballades and the 8 Klavierstücke (Opus 76) is a little confined, if without denuding Kovacevich’s probing readings; and the DDD signature is gratifyingly more ‘open’ for Opuses 116 (7 Fantasien), 117 (3 Intermezzos) and 119 (4 Klavierstücke): wondrous music that goes beyond its ‘miniature’ ambitions and secures from Kovacevich an equally fastidious, insightful and sensitive response. Whether he needed to re-make Opuses 117 and 119 is a moot point, for the analogue first-timers seem that bit fresher in terms of his approach; yes, a more-hissy background but with a piano timbre that is rather more airy. Also on this disc is the Handel Variations, one of Brahms’s most-winning piano works, re-recorded by Kovacevich for EMI, and here for Philips it is full of joy and novelty, vividly characterised. Back to digital for the Two Rhapsodies, Opus 79, in pulsating outings, then the 16 Waltzes, Opus 39, swaggering and seductive and sprightly in equal measure, and finally the Klavierstücke that make up Opus 118, the slower numbers being of ineffable loveliness, an aural viewing of Brahms’s soul. 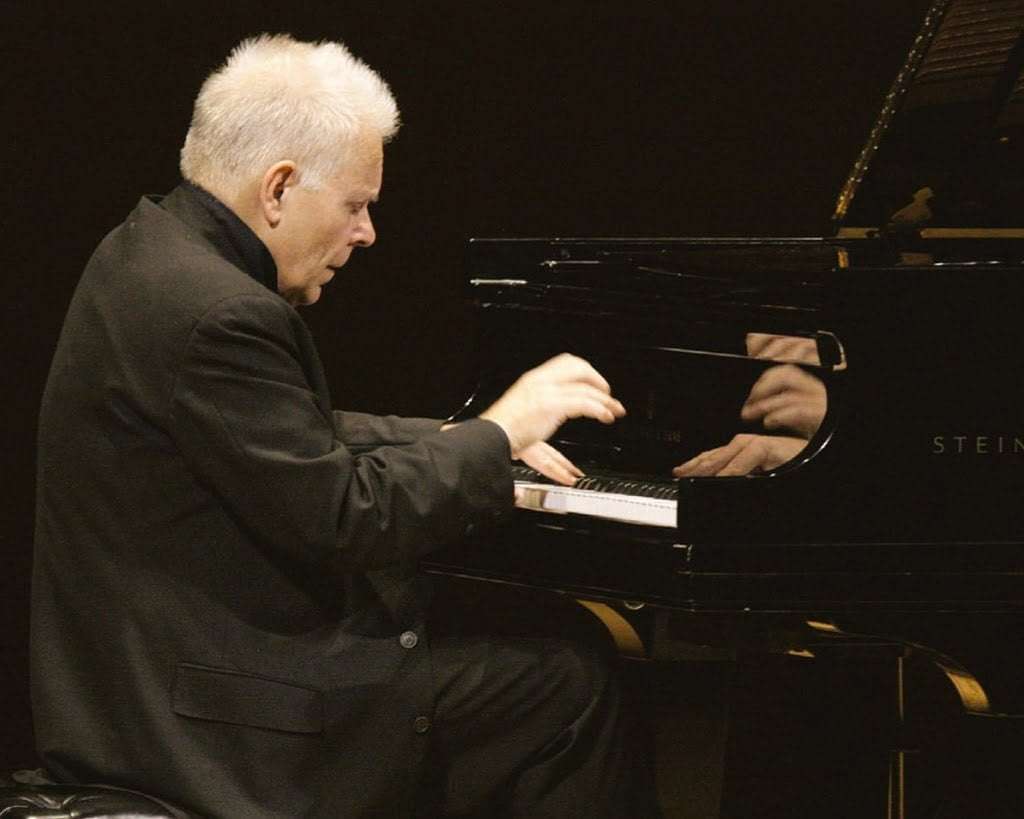 Colin Davis was as much to Mozart as he was to Berlioz and Sibelius, so he was the perfect partner for Kovacevich in four Piano Concertos, Nos.21 and 25 (K467/K503) on one LP (cadenzas by the pianist, and good ones too), Nos.20 and 23 (K466/K488) on the other, each a gem of a performance, lively and refined, each work’s mood captured ideally, pianist and conductor as-one, the LSO inspired to its silken, perkiest and conversationalist best. The ‘Elvira Madigan’ movement of No.21 is as sweet and as gracious as you can imagine. No.20 pulsates with drama, No.25 is suitably grand, and No.23 is especially cordial. And how fresh are the perennial Grieg and Schumann Piano Concertos, BBC Symphony Orchestra this time: no tricks, no special pleading, just two performances that were much-admired from day one and which continue to claim the attention.

Now to very different fare, Bartók’s three Piano Concertos, Kovacevich and Davis again eye-to-eye in how this music goes, shared between the BBCSO (No.2) and LSO. The aggression of the first two Concertos is not damped-down, but both have their lyrical and mystical qualities, too, and these are finely wrought to give comprehensive analyses of these masterworks: the Finale of No.1 is scintillating and the lyrical No.3 has much that is judged exquisitely – not least the radiant slow movement – as well as passionately endowed. In at least one interview Kovacevich has spoken warmly of Sir Colin Davis’s qualities as a man and a musician (“he was a great, great, great conductor”). 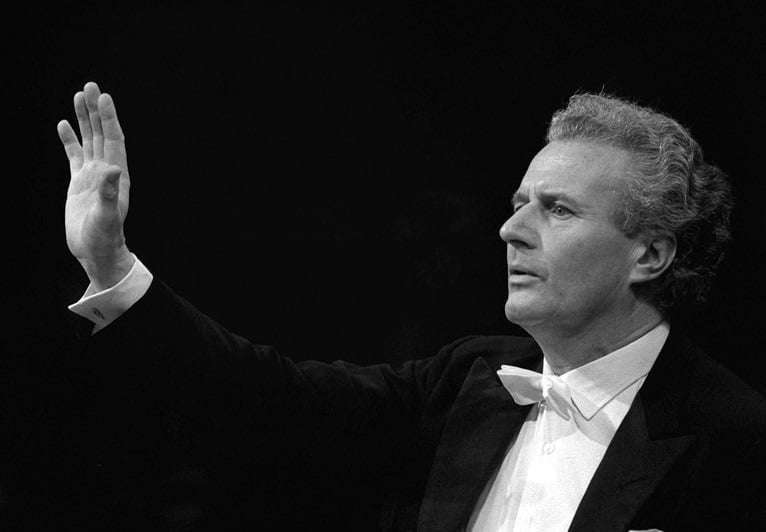 Included with Bartók No.2 is Stravinsky’s Concerto for Piano and Wind Instruments (the scoring including timpani and double basses), monumental in a Baroque sense and spiky; thoroughly convincing. As a Bartók supplement is a disc of solo piano music, Book VI of Mikrokosmos, fourteen brief pieces that like Brahms’s offer greater rewards than you might envisage. Also included are Szabadban (Out of Doors), percussive and painterly by turns, and the very attractive, folksy Sonatina. Bartók also features on the final disc, his Sonata for Two Pianos and Percussion, given a very lucid and colourful outing, with Willy Goudswaard and Michael de Roo as the percussionists and Martha Argerich as Kovacevich’s pianistic collaborator. As she also is in Mozart’s delightful Andante and Five Variations (K501) for piano duet, and for Debussy’s inimitable En blanc et noir for two pianos.

The sole Piano Concerto not conducted by Colin Davis is that by Richard Rodney Bennett, the baton passed to another knight-conductor, Alexander Gibson. This four-movement affair glints with invention and a variety of impressions and motifs. The writing for the piano, Bennett’s own instrument, seems to be as consummate as the use of the orchestra is imaginative, and Kovacevich revels in music that was written for him in 1968 (and recorded in January 1971) – but you will not find a word about it in David Cairns’s booklet note; suffice to say that this is vivid, pulsating music, the Concerto’s heart being the intense nocturne of a slow movement. The LP’s coupling, Bennett’s Jazz Calendar (The London Jazz Ensemble conducted by John Lanchbery), is retained. It’s good to have a further reminder of Bennett’s versatility: here cool, swinging and foot-tapping. 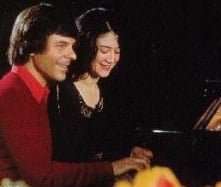 Kovacevich’s one LP of Chopin (at least for Philips) includes the Polonaise-fantaisie, Opus 61, a big-boned and ardent account, followed by the G-flat Impromptu (winsome), the three Mazurkas of Opus 63, a wonderfully eloquent and flowing version of the great Barcarolle, and atmospheric accounts of the two Opus 62 Nocturnes.

Disc No.11 plays for 83 minutes and includes Dvořák’s Piano Quintet in A (Opus 81), with members of the Berlin Philharmonic Octet, full of fire and poetry (although the omission of the first-movement exposition repeat, perhaps to fit the work onto an LP side, is a regrettable loss), and there is also, sans Kovacevich, the E-flat String Quintet (Opus 97), expansive music of infectious dance and haunting soulfulness. Mozart’s ‘Kegelstatt’ Trio (K498) concludes the disc, Kovacevich joined by clarinettist Jack Brymer (good to hear his distinctive tone again) and viola-player Patrick Ireland (on LP this was the filler to Mozart’s Clarinet Quintet).

Of course, Stephen Kovacevich’s recent 75th-birthday triggered this release, but his artistry is timeless and this anthology is what record-collecting is all about: endless musical pleasure and illumination. A very few reservations aside about the sound, these discs mostly preserve that Philips knew how to record chamber music and concertos: with tangibility and well-judged balance. The presentation of this desirable set is excellent and includes the recording dates and locations, producers and engineers, as well as the catalogue numbers for the original LPs. All in all, this is an excellent celebration of an outstanding musician; and, given that he conducted for eleven of the LPs, Sir Colin Davis too.