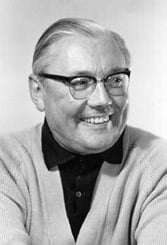 In what was a belated commemoration following what would have been his 90th-birthday year, this concert of music by Bernard Stevens (1916-83) helped redress the balance between recordings (much of his output is covered by Albany, Dutton, Meridian and Marco Polo) and live performances which remain regrettably infrequent.Having recorded all of Stevens’s piano music, Florian Uhlig’s credentials hardly needed reiterating and his readings here certainly ought to have brought these pieces just a little closer to the repertoire. The two sets of Variations confirm the variety but also consistency of Stevens’s approach, in which expressive diversity is never at the expense of formal diffusiveness. Thus Theme and Variations (1941) evinces a cumulative momentum, underpinned by a dynamic usage of opposing keys, that findsits resolution in a sustained passacaglia that forms the apotheosis. Fantasia on ‘Giles Farnaby’s Dreame’ (1953), shorter and ostensibly lighter, unfolds no less intently toward a deftly-worked fugal coda; and if Sonata in One Movement (1954) deploys a wider pianistic range and a more ‘bravura’ technique, then the motivic unity between its three continuous movements is surely never in doubt.

Uhlig played it superbly (not least the central adagio, here emerging with Bachian pathos), and was equally attentive in the two slighter works for piano-duet that opened the second half. Fantasia on ‘The Irish Ho-Hoane’ (1949) again takes as its basis a tune from the Fitzwilliam Virginal Book and if its progress has more than a touch of ironic humour, the brooding sixth Variation provides for timely contrast before the effervescent coda. The Two Dances (1962) then exuded respectively a Bartókianharmonic ambiguity and rhythmic flair that were pointedly conveyed in this uninhibited account by Uhlig and Michael Finnissy (a pupil of Stevens and also a formidable pianist).

Chamber music as such was restricted to the first half of the concert, with Uhlig being joined by the first violinist and the cellist of the excellent Carducci Quartet in the Piano Trio (1942): a work premiered at this venue some 64 years ago, and whose three movements – a tense and compressed Allegro, a subdued and thoughtful Adagio, and a charged but ultimately affirmative finale – convey the formal cohesion and expressive depth that were to become Stevens’s hallmarks. Even finer, though, is Theme and Variations for String Quartet (1949), whose twelve Variations on a typically flexible theme outline a four-movement sonata of real vitality – culminating in a powerful fugue that had an audible influence on Robert Simpson (the first three of whose quartets followed over the next five years).

The work was vividly rendered by the Carducci Quartet, now established among the finest of younger British ensembles. Three of its members returned for an encore in the guise of the wistful ‘Passacaglietta’ (from Lyric Suite). Then a second encore brought all six musicians back for a short but characterful Study written for the occasion by Michael Finnissy on the same ‘Farnaby’s Dreame’ that had been the basis for the first work of the concert. An occasional piece, but one that conveyed an unforced sense of humour and rounded off the evening to enjoyable effect.

Next year is the 25th-anniversary of Stevens’s death – as good a reason as any for reviving one of his symphonies or concertos that represent Stevens as persuasively as do the best of those works heard at the Wigmore Hall.