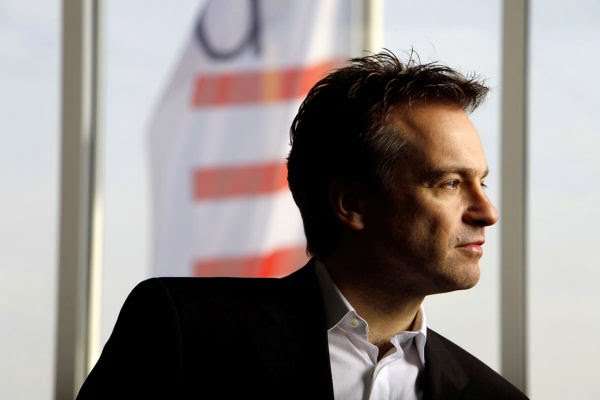 That this performance was headed “Jonathan Nott’s Farewell Concert” indicated much about an occasion as brought to an end the British conductor’s 16-year and highly successful tenure with an orchestra that he has helped elevate to the front rank of European ensembles. And, for all the acoustic excellence of Bamberg’s modern Joseph-Keilberth-Saal, it was fitting this concert was held in the Kaiserdom; its Romanesque trappings and expansive though by no means diffuse ambience ideally suited to this most all-encompassing of Bruckner’s completed Symphonies.

Consistency of interpretation has been central to Nott’s conducting in general and his take on Austro-German symphonism in particular. So it was with this account of Bruckner’s Eighth, the expressive focus of whose initial movement was never in doubt for all its understatement – unfolding seamlessly while eventfully towards its developmental apex, then on to a climax that was purposefully held in check such that the ensuing coda riveted through its teetering as if on a void: the deathless poise of its descending final phrases shaped with absolute finesse.

Moving directly into the Scherzo, Nott set a purposeful but not unduly hectic tempo for outer sections whose surging accumulation of energy framed music of tenuous calm and not a little speculative humour. The central Trio was elegantly rendered so that it provided the necessary contrast without seeming a self-contained episode; not the least of its attractions was the harps’ contribution, situated on high in the north transept, so that their delicate arpeggios projected with exemplary clarity over the vast spatial expanse.

Not infrequently do readings of this work move up a gear for the remainder and so it proved here, Nott’s handling of the Adagio amply underlining the cohesion of this expressively most eloquent if formally most exacting among such movements in the Bruckner canon. Opting for Leopold Nowak’s edition of the 1890 revision, Nott made light of those excisions which can undermine the central stages – building to a climax as capped all that went before, while never pre-empting the coda with its dwelling on the main theme’s opening phrase as part of its rapt evanescence.

Willing to use this acoustic to suit his approach, Nott launched the Finale at a headlong pace which was flexible enough to accommodate the ruminative and ominous themes that follow. Once again, the prolixity of the development was instilled with a sense of purpose such that the reprise came as cumulative intensification towards a coda which capped this movement – as of the Symphony as a whole – with a majesty shorn of bombast; also with an affirmative rightness wholly in keeping with the discreet yet unwavering conviction of this performance.

This rendition duly (and rightly) received a standing ovation from an audience clearly aware of the potency of this collaboration. The Bamberg Symphony looks set to consolidate its standing under Jakub Hrůša, while Nott (his absence from the UK just another instance of this country’s often inexplicable decision-making: seconded – Ed.) pursues a varied schedule with Frankfurt, Geneva and Tokyo as his current bases. For both orchestra and conductor, then, this particular evening represented a watershed in terms of what has been achieved and what is hopefully to come.